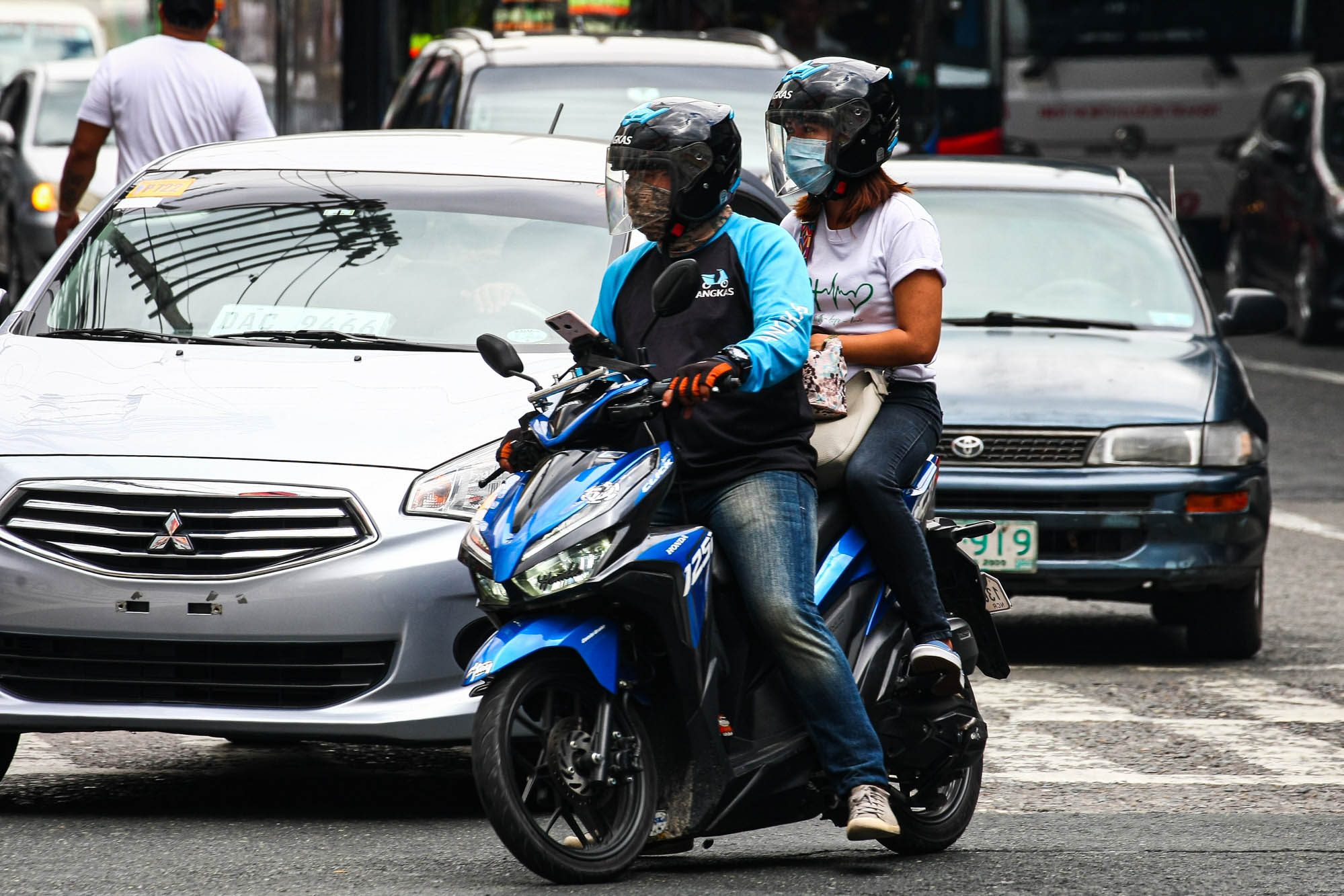 Facebook Twitter Copy URL
Copied
A day after announcing the termination of the pilot run, the technical working group takes back its decision after senators urged its continuation

MANILA, Philippines – Motorcycle taxis live to see another day as the inter-agency technical working group (TWG) backpedaled on its decision to terminate the pilot run following the sentiments of senators who wanted it continued.

On Tuesday, January 21, a day after he announced the termination of the motorcycle taxi pilot run, TWG head Antonio Gardiola Jr backtracked and told CNN’s The Source that it would be continued instead.

“Itutuloy natin ‘yan, but then we will come up with guidelines, we will talk to the providers, with guidance of the secretary,” Gardiola said.

(We will continue it, but then we will come up with guidelines, we will talk to the providers, with the guidance of Transportation Secretary Arthur Tugade.)

Gardiola said that the sentiments of the senators to continue the pilot run made him change his mind, particularly the request of Senator Bong Go.

(Senator Bong Go came up to me and told me that I should speak with Angkas and the other providers to consider it, Senator Bong Go told me it should be continued.)

The TWG will meet with the 3 providers involved in the pilot run – Angkas, JoyRide, and MoveIt – along with Tugade to discuss how to proceed with the pilot run.

According to Gardiola, the abrupt termination was brought about by “legal impediments” including the Temporary Restraining Orders (TRO) issued by two courts against the guidelines of the pilot run. In particular, the injunctions were against the limit in the number of  bikers per provider.

The 10,000-biker cap in Metro Manila for each provider would force Angkas to slash up to 17,000 from its lineup of bikers. Gardiola said that the TRO made it difficult for the TWG to gather data.

(It is difficult to conduct a study, setting guidelines that are not followed. It would be complicated because without regulation, it is anarchy.)

Meanwhile, Senate committee on public services chair Senator Grace Poe said the continuation of the pilot run is a “triumph for commuters” who need alternative modes of transportation.

“We hope the concerned agencies will devote adequate time and effort to thoroughly study its viability and safety, and come up with a comprehensive report that could aid Congress in legislating appropriate law,” she said in a statement. – Rappler.com