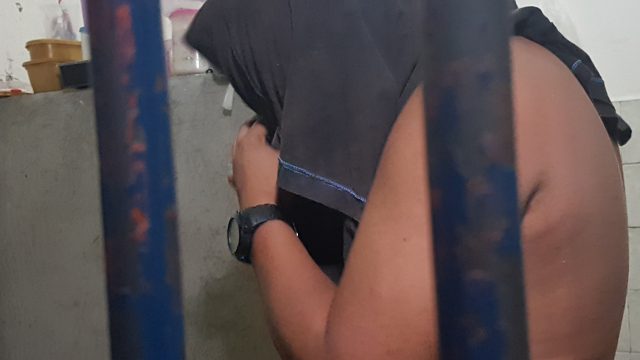 Facebook Twitter Copy URL
Copied
The suspect sends messages to his older brother's ex-girlfriend, saying he would post her naked photos online if she refuses to have sex with him

CEBU CITY, Philippines — The Cebu Police Provincial Office (CPPO) arrested a freshman criminology student Monday, January 20, after he threatened to post online nude photos of a girl if she would refuse to have sex with him.

The Cebu cops arrested Dexter Antonio, 19, of  Barangay Guadalupe here for violation of RA 10175, or the act defining cybercrime and Anti Photo and Video and Voyeurism Act.

Colonel Marlo Castillio, chief of the Regional Anti-cybercrime Unit in Central Visayas (RACU-7) led the entrapment operation against Antonio in a lodge along Manalili Street, Barangay Santo Niño, here. The victim was the ex-girlfriend of Antonio’s older brother.

Castillo said a 19-year-old girl went to RACU-7 office Monday morning to complain that a man threatened that if she would not have sex with him, he would post online her nude photos.

The cops checked their text conversations and found the threats made to the complainant. However, the threats came from an anonymous sender.

It was during a meet-up that Antonio’s identity was revealed. Hours later police arrested Antonio in an entrapment.

The suspect denied that he was the person who threatened the complainant.

Meanwhile, Castillo warned the public to stop sending their nude photos to strangers online, as well as to persons they know.  Your naked photos can be used against you, said Castillo. – Rappler.com