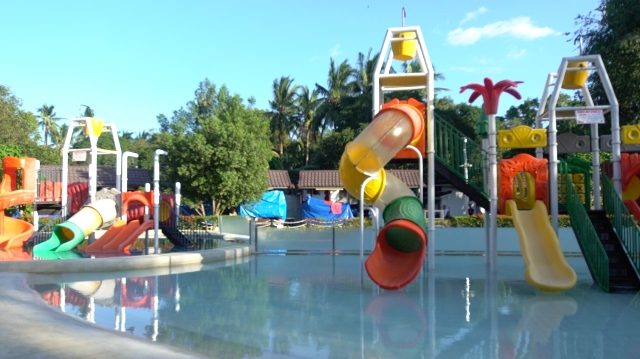 BATANGAS, Philippines – At first look, a private resort in Batangas City seemed like it’s operating at its peak, with close to 50 cottages full for the day.

Except that Innland Resort is not packed with swimming excursionists but evacuees who fled their homes after Taal Volcano started erupting. (READ: Taal Volcano’s 2020 eruption: What we know so far)

Richard Panganiban, 39, was looking for an evacuation center to stay in with his wife and 4 kids the day after Taal Volcano started erupting. From Laguile village in the proud town of Taal, Panganiban drove, with a car he had borrowed, more than 25 kilometers to reach Batangas City.

Upon reaching the sports complex in the city, he was told “puno na po (it’s already full),” as it has already taken in the most number of evacuees in the province. He was asked instead to go to the nearby village Libjo to take their chances.

(There were 3 women who asked us, ‘Come with us if you don’t have anywhere to go.’ I didn’t think twice. I want my family to be safe. We went with them, and they brought us here.)

Panganiban and more than 40 families are currently housed in the resort’s cottages made of steel. To keep it private, the resort provided the families with tarpaulin as makeshift walls.

On the day they evacuated, Panganiban’s family only brought the following with them: clothes, a tank of gasul, and a stove for cooking. When they go home, they’ll have more than what they had brought with them.

(We were immediately attended to. They accommodated us. They gave us food, things, mat, blanket, mosquito net, and others. Everything that we didn’t have, they gave us.) Despite the disaster, Panganiban still found himself luckier than others. He said that his children enjoyed playing at the playground, and that there are decent shower rooms for around 350 people staying in the resort.

(We’re glad we went here, where food is free. Others don’t have anything to eat. They don’t have work and a place to live.)

Still, Panganiban has a lot of things to worry about. He said that he was able to visit their home over the weekend and found massive cracks everywhere. (READ: ‘Steady’ emission, cracks widen as Taal Volcano stays under Alert Level 4)

In Taal, he left his chickens, as well as a truck and a jeepney he was repairing. With the municipality on total lockdown, Panganiban can’t visit his home anymore.

Elvira Molate, the owner of Innland Resort, said she started taking in people who fled their homes the day after Taal Volcano started erupting.

(There’s a family who suddenly went here. You’ll see their situation – they have ash on their body, and they don’t have anything with them. That’s just one family who asked us, even if they know it’s private, that they will pay as long as they’re allowed to stay here.)

Molate didn’t ask them to pay. After that, they started taking in more evacuees until their resort was full.

State volcanologists said that the threat of a major explosion remains possible within “hours, days, or weeks.” It goes without saying that evacuees cannot return to their homes while the volcano remains under Alert Level 4. 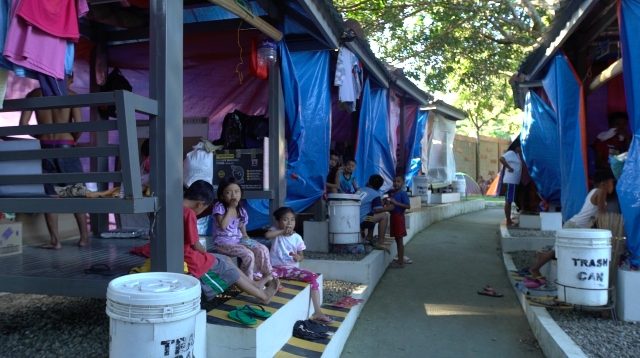 Molate and her family are not thinking of letting the evacuees go anytime soon. For them, the current situation of their kababayans is more important than what they can earn from the resort.

(We haven’t reached the point that we have to let them go. At this time, we feel that we’re not thinking about it. And we’re praying to the Lord that this ends soon and when it happnes, we’re still with them.)

Taal Volcano started erupting on January 12. Alert Level 4 has been raised over Taal Volcano for more than a week already, as state volcanologists urge residents to stay out of the danger zone given the threat of a “hazardous” explosion.

At least 11 towns in Batangas are on total lockdown, with the interior department ordering a stop to visiting hours to danger zones around the restive Taal Volcano.

The provinces of Batangas and Cavite had already declared a state of calamity. – Rappler.com