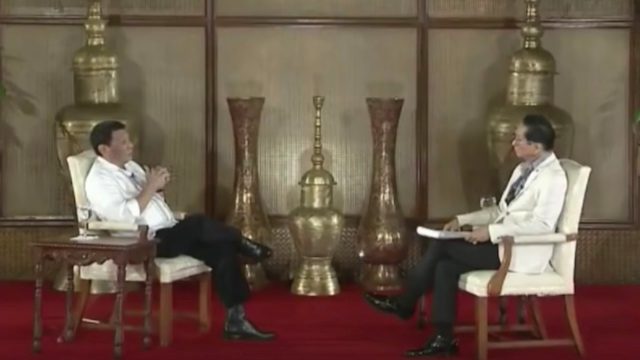 MANILA, Philippines – President Rodrigo Duterte was supposed to answer questions fielded by Chief Presidential Counsel Salvador Panelo in a one-on-one interview on Tuesday, January 28, but it did not push through.

Panelo said Duterte was “feeling under the weather”

The discussion was supposed to be a wide-ranging discussion on issues of “national concern and national interest,” Malacañang announced the interview will be a sequel to Duterte and Panelo’s “tête-à-tête” held in September 2018. – Rappler.com