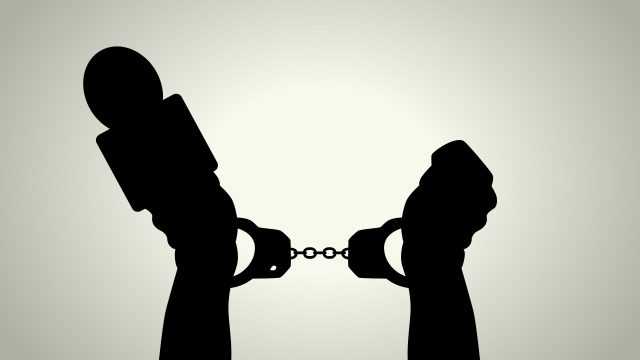 MANILA, Philippines – Glenn Jester Hitgano, a Davao-based radio reporter for Radyo ni Juan, was arrested on Tuesday, January 21, for interviewing protesters after receiving a tip that they were harassed by uniformed men the night before.

Hitgano was speaking to protesting workers of the banana company Philippine Dream Farm Dev’t in Carmen, Davao del Norte, when his interview was cut short by his arrest.

According to a statement by Altermidya, a network of independent media outfits, the police said that Hitgano “insulted” them by interviewing the protesters. They also tried to confiscate his phone and demanded he delete recordings of the interview.

The journalist was detained for an hour and was released after he convinced the police that he would not report about the protest.

Altermidya condemned the attack on Hitgano, which they described as “a blatant violation of media’s task of exposing the truth to the public. It is pure assault not just on press freedom but on the public’s right to know.”

They also demanded an independent investigation into the Carmen police, saying, “State forces should be at the forefront of safeguarding rights such as free speech and expression, and not be the purveyors of abuse.”

In Reporters Without Borders’ 2019 World Press Freedom Index, the Philippines ranked 134th out of 180 countries due to continued threats against journalists, which are “accompanied by coordinated cyber-attacks.” – Rappler.com