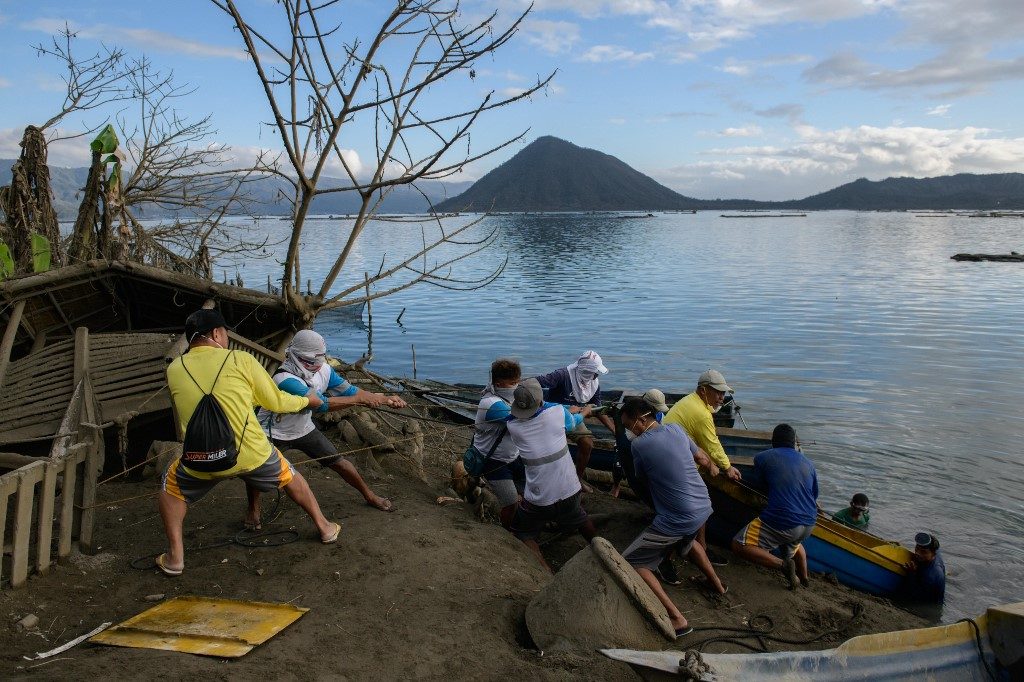 MANILA, Philippines – The Commission on Elections (Comelec) donated P600,000 worth of aid to victims of the ongoing eruption of the Taal Volcano.

Comelec Commissioner Rowena Guanzon made the announcement on Twitter, saying the poll body’s en banc approved the assistance during a meeting on Wednesday, January 22.

“Comelec en banc approved 600k (P600,000) in relief goods for the evacuees of Taal,” Guanzon said, adding it would prioritize the needs of women and children.

The amount is expected to cover the purchase of items such as sanitary napkins, panties, children’s clothes , towels, soap.

What’s happening in Taal? On Thursday, January 23, state volcanologists stressed Taal Volcano could still have a hazardous eruption any moment, amid reports that there was 30% probability of this happening. (READ: ‘Titigil o tutuloy?’: Phivolcs warns Taal Volcano danger remains)

Philippine Institute of Volcanology and Seismology (Phivolcs) said while it provided the 30% probability in a recent meeting with Batangas Governor Hermilando Mandanas, the figure is fluid since it depends on data gathered from the volcano, which changes daily or constantly.  (READ: Taal Volcano’s 2020 eruption: What we know so far)

Since the start of its eruption on January 12, over 300,000 people were affected in Batangas, Quezon, Laguna, and Cavite. Of this number, over 147,000 remained in evacuation centers, fearing what will happen to their homes and livelihood. – Rappler.com