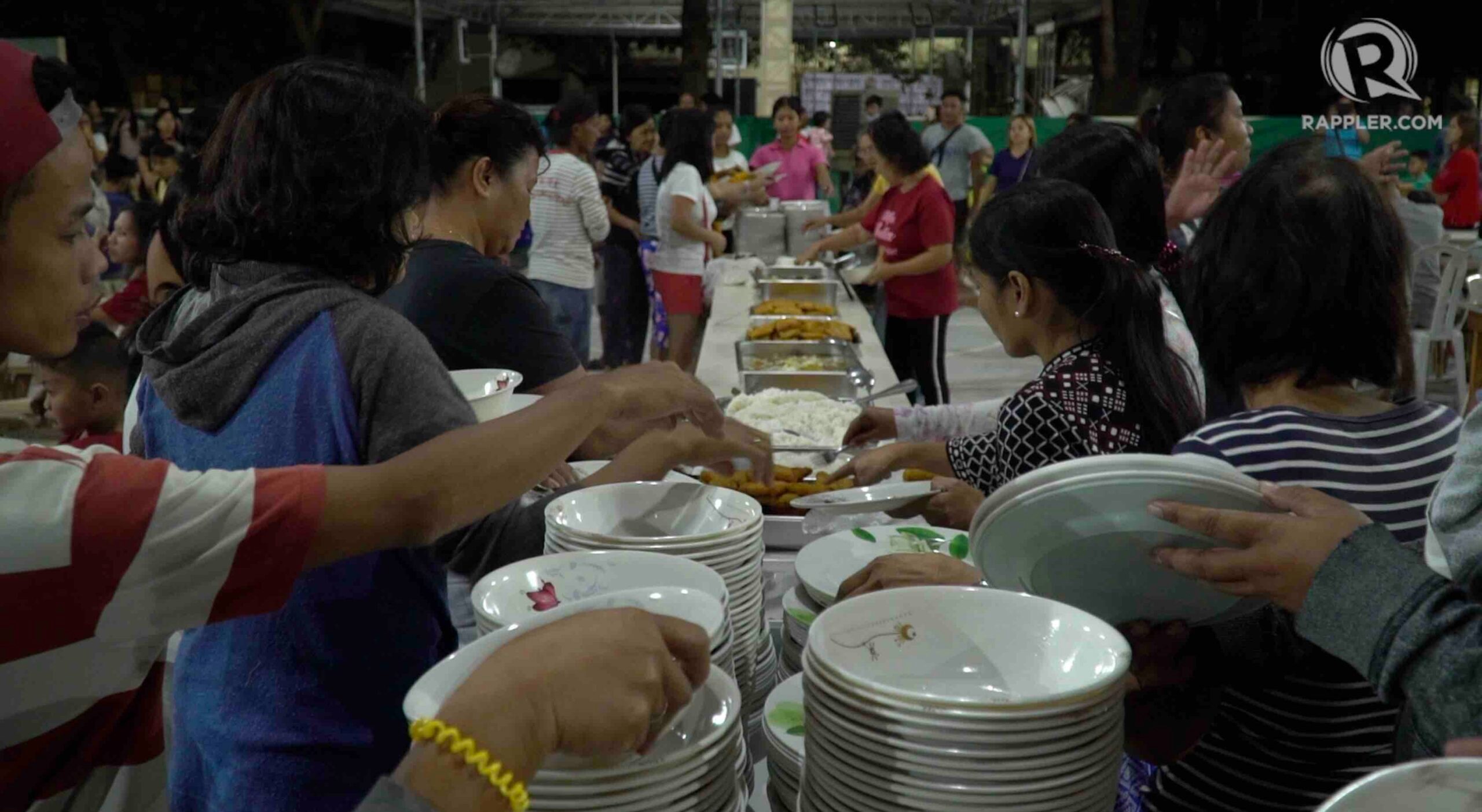 Facebook Twitter Copy URL
Copied
Adding a human touch to food relief – a warm, freshly cooked meal instead of sardines in a can – goes a long way to uplift evacuees' spirits, volunteers say

BATANGAS, Philippines – Tough times lie ahead for people who have fled their homes near restive Taal Volcano, and part of the ordeal is living off charity, depending on rations of food and drink, which can be humiliating, even degrading, for anyone displaced by a calamity.

Adding a human touch to food relief – a warm, freshly cooked meal instead of sardines in a can – goes a long way to uplift evacuees’ spirits, as volunteers from two NGOs now working in different areas of Batangas province attest to.

Art Relief Mobile Kitchen, founded by artist Precious Leaño and photojournalist Alex Baluyut, has been cooking and serving lunch and dinner to evacuees at the Redemptorist Church compound in Lipa City. The effort that began as a spur-of-the-moment idea in the aftermath of Supertyphoon Yolanda (Haiyan) has evolved into a running caravan of chefs, cooks, and servers who spring into action every time a calamity hits any part of the Philippines.

New Life Community Care Foundation began as a soup kitchen for poor children in Tondo, Manila, run by the New Life Christian Center, a church based in Alabang, Muntinlupa. Their experience during Yolanda also inspired them to become a disaster response team, especially since they inherited professional cooking and food preparation equipment from a South Korean organization.

Now, their food truck is parked in the schoolyard of Bauan Technical High School, run by volunteers who serve breakfast and dinner for 4,000 people every day.

Both groups never know how long they can sustain their service at each stop; they just keep giving while supplies last. But the miracle, they say, is that the supplies do keep coming from generous souls everywhere. – Rappler.com