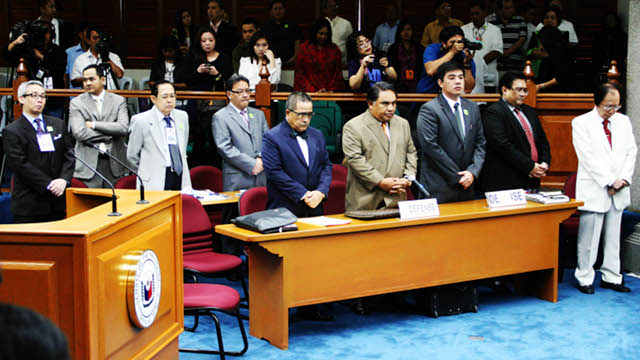 MANILA, Philippines – Three trial days have passed since the defense team of Chief Justice Renato Corona began its own presentation of evidence to prove his innocence. But its list of witnesses have left some senator-judges and observers confused. It seems Corona’s counsels are trying to explain the source of his wealth, which is not the key issue at stake in Article 2 of the impeachment complaint about his failure to disclose his statement of assets, liabilities, and net worth (SALN). To Sen Antonio Trillanes IV, the question is simple: why did Corona fail to declare his salaries, allowances, and properties in his SALN? Rappler’s Natashya Gutierrez cited 5 contradictions in Corona’s defense.