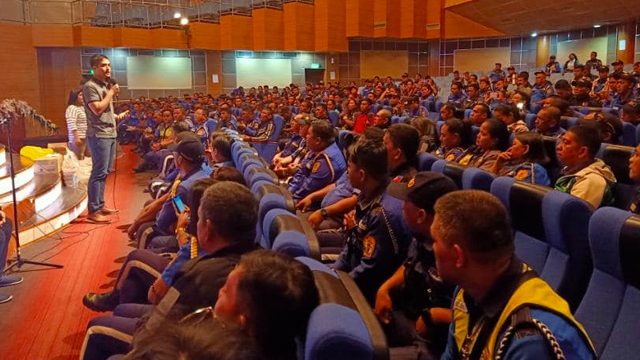 Mayor Vico Sotto said in a Facebook post on Friday that the surprise drug test would explain why there not too many traffic cops manning Pasig’s roads on Friday morning.

(To those asking why where were few TPMO enforcers on the road this morning…. We have a random and surprise drug test on all Blue Boys.)

The traffic enforcers underwent the drug test before their deployment to their respective areas that day, and those who had been deployed already were pulled out of their posts so they could take the test.

Sotto said the city government could not do the drug test by batch, to ensure that all the cops get tested at the same time.

While the drug test was being conducted, the Philippine National Police sent help for traffic management upon the city’s request, the mayor said.

Sotto said those who tested positive for drug use would be subjected to a confirmatory test, and if they test positive again, they would undergo rehabilitation. The city government will shoulder the rehab cost.

Sotto said the drug test was to meant to improve the work of traffic enforcers and also in line with the city’s anti-illegal drug drive.  – Rappler.com