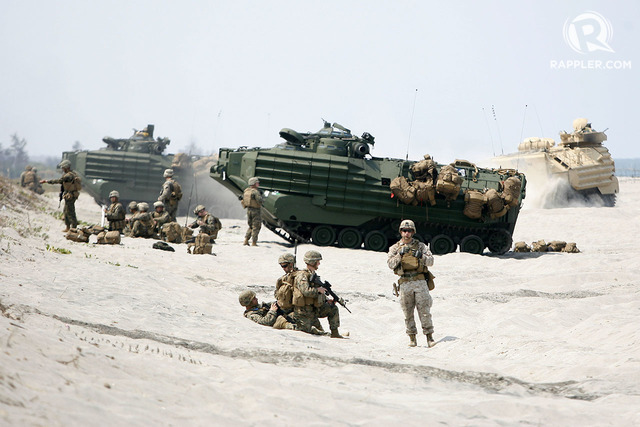 Panelo said the Duterte administration was not concerned with such a fallout when asked to comment on how the Philippines would respond if the US terminated the Enhanced Defense Cooperation Agreement (EDCA) – the operational aspect of the VFA – and the overarching Mutual Defense Treaty (MDT).

“That’s in the realm of speculation. I think the treaties benefit more the Unite d States than the Philippines. Strategically, the US needs to be in almost every part of the world to secure itself from its perceived enemies,” Panelo told reporters on Monday, January 27.

On Thursday, January 23, President Rodrigo Duterte warned the US government he would scrap the VFA if it failed to “correct” the cancelled visa of his former police chief and now Senator Ronald dela Rosa. A day after, Foreign Secretary Teodoro Locsin Jr announced he would “start the process” of terminating the VFA.

Panelo refuted criticism that Duterte’s decision was rash and disproportionate to the US’ cancellation of Dela Rosa’s visa, insisting it was a “studied response” from a “tactical and thinking” President.

Aside from Dela Rosa’s cancelled visa, Panelo said among the reasons Duterte renewed threats to scrap the VFA was his anger over US lawmakers’ efforts to sanction Philippine officials involved in extrajudicial killings and the detention of Senator Leila de Lima.

Justice Secretary Menardo Guevarra earlier told reporters Malacañang ordered a “preliminary impact assessment on the possible termination of the VFA,” expanding the scope of the justice department’s initial study on the matter. Guevarra was supposed to submit to Duterte on Monday his legal memorandum procedures to terminate the VFA.

Despite this, Panelo said termination of the VFA was still “in place.” – Rappler.com