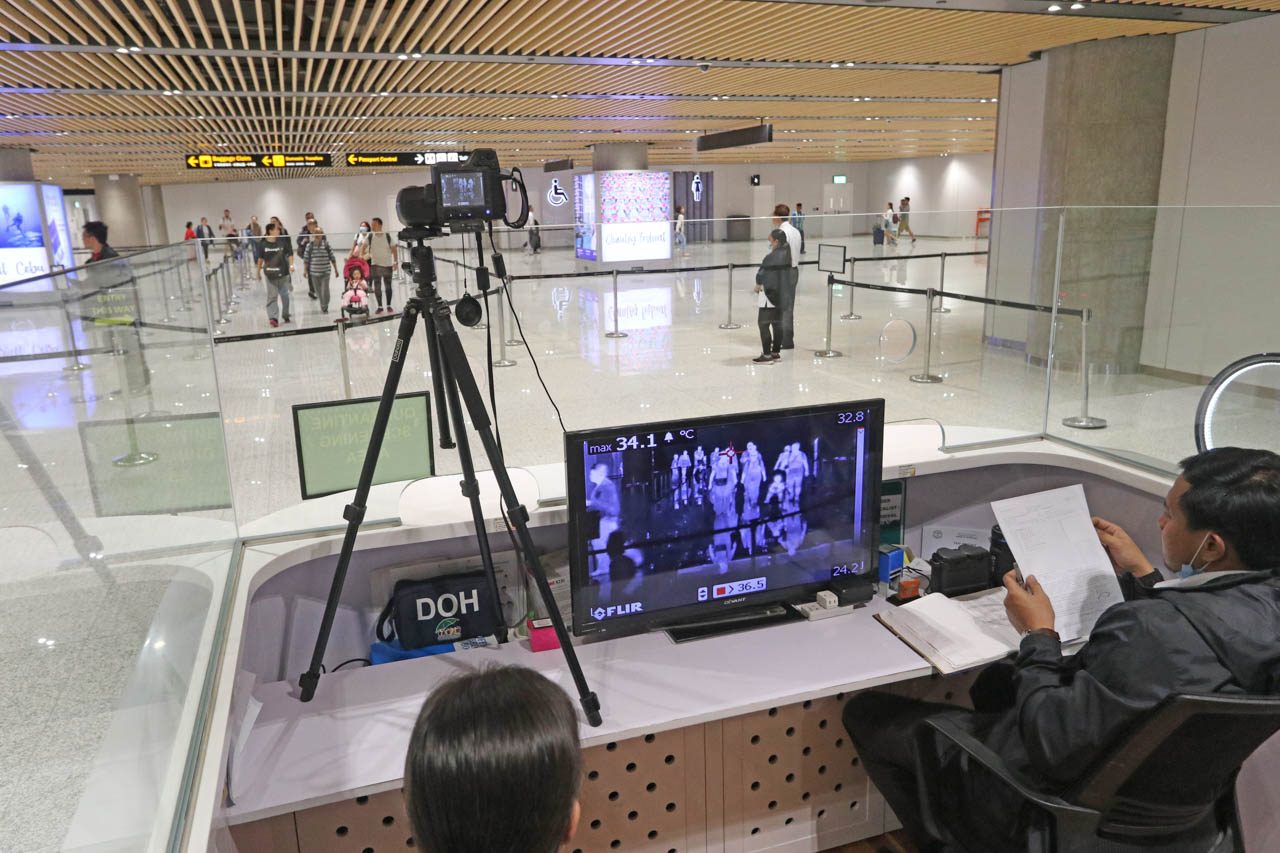 Facebook Twitter Copy URL
Copied
Filipinos who wish to stay in China should heed advisories from local health authorities and cooperate with efforts to quell the further spread of 2019-nCoV there, the Department of Health says

MANILA, Philippines – The over 300 Filipinos in Hubei province in China, including around 150 who are in the provincial capital of Wuhan, the epicenter of the 2019-nCoV threat, may voluntarily come home, according to the Department of Health  (DOH) and the Department of Foreign Affairs (DFA).

This decision comes after a meeting of the Inter-Agency Task Force for the Management of Emerging Infectious Diseases on Tuesday, January 28, that discussed the Philippine government’s measures to contain the current 2019-nCoV threat.

While cases are concentrated in China, the virus has spread to neighboring Asian countries, as well as, Europe, North America, and Australia. (READ: ’Novel coronavirus’ or 2019 nCoV: What we know so far)

The city of Wuhan is currently on lockdown, but foreign nationals may be repatriated if their home countries order so, according to DFA Undersecretary Brigido Dulay, who was at the inter-agency task force meeting.

“We have to work with Chinese authorities. Right now it’s hard to put a finger on how fast we can do it (repatriate Filipinos), but we hope to do it as quickly as possible,” Dulay said, adding that the repatriation may either be by air or by land.

The task force is also discouraging “non-essential travel to China” while Chinese authorities scramble to contain the outbreak. It added that Filipinos who wish to stay in China should heed advisories from local health authorities and cooperate with efforts to quell the further spread of 2019-nCoV there.

The DOH also advised overseas Filipinos in affected areas to avoid crowded places, use mask and gloves, and practice proper hygiene in order to reduce exposure to and transmission of said virus.

Filipinos who are repatriated from Wuhan City and the rest of Hubei province will be put on quarantine for 14 days, Health Secretary Francisco Duque III said. Duque added that the Philippine government was in constant communication with Chinese counterparts through the DFA. “We just have to make sure that we are to monitor the further developments,” he said.

As of posting, there are no confirmed cases of the 2019-nCoV in the Philippines, but the DOH revealed that it is probing 24 foreign nationals who have shown symptoms of respiratory illness and have had histories of travel to Wuhan, China.

The Bureau of Immigration has also “temporarily suspended” the visa upon arrival (VUA) procedure for Chinese tourists and businessmen due to the scare. But there is no policy barring Chinese nationals in general, so those who have other valid visas can still enter the Philippines.

Asked whether the Philippines should bar from entering anyone flying in from countries with confirmed cases of 2019-nCoV, World Health Organization (WHO) Philippine country representative Rabindra Abeyasinghe said: “There is no justification for this. Certainly if there is evidence of clear, extensive transmission at a community level, that could be considered.”

Abeyasinghe added that the primary measure at the moment is to monitor those showing symptoms, as well as those with history of travel to Wuhan. — Rappler.com