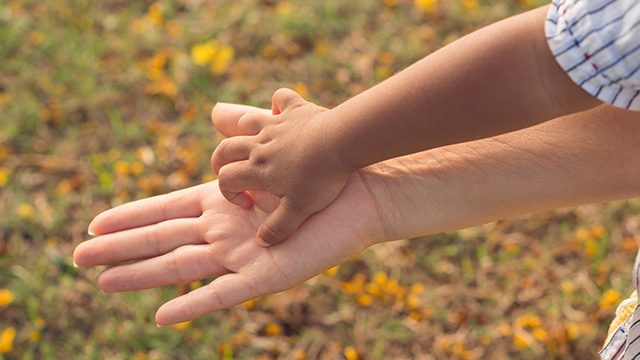 Facebook Twitter Copy URL
Copied
Reversing a lower court's ruling, the High Court orders to expedite proceedings for the foreign couple and their Filipino child, saying 'the welfare of the child is of paramount interest

MANILA, Philippines – The Supreme Court (SC)  sided with a foreign couple living in the Philippines in a years-long court procedure to legally adopt their 7-year-old daughter who has been in their custody and care since she was one year old.

In a resolution by the SC Second Division promulgated November 27, 2019, but released only to media on Tuesday, January 28, the High Court approved the domestic adoption process for the couple, residents in the Philippines since 2009. (We are withholding their names for privacy reasons)

Siding with the couple, the SC has now directed the RTC to “continue with dispatch the adoption proceedings with change of name involving the minor.”

“One small step for a foreigner-couple trying to adopt a Filipino, a giant leap for an abandoned child to secure a bright future,” the SC Public Information Office (PIO) said on Tuesday.

The SC said that if the lower court order were to be followed, and the case is referred to the inter-country adoption mode, the proceedings will just be delayed, “a matter that would be clearly prejudicial to the interest of the adoptee and the petitioners.”

The couple took custody of the girl from the  Department of Social Welfare Development (DSWD) in 2013 when she was barely a year old. Previously, when she was 22 days old, the DSWD rescued her in the province when her biological mother tried to sell her in exchange for fare.

The couple, both gainfully employed, filed a petition to legally adopt the child under the Domestic Adoption Act.

In 2017, the RTC said the case does not fall under the domestic adoption but instead under inter-country adoption which should be referred to the Inter-Country Adoption Board (ICAB.)

The couple lost their 2 appeals, which prompted them to go to the Court of Appeals (CA) in 2018. But they were denied because the CA said the appeal was filed out of time.

The SC said the Domestic Adoption Act was clear in saying that it covers “any alien who has been living in the Philippines for at least 3 continuous years prior to the filing of the petition for adoption.” Cases under this classification are handled by the RTC with jurisdiction.

Inter-Country adoption, on the other hand, covers aliens or Filipino citizens who are permanently residing abroad. Cases under this classification are handled by the ICAB.

“The Court finds that petitioners’ petition for adoption was appropriately filed under the Domestic Adoption Act in order for the appropriate family court or RTC to take cognizance thereof,” said the SC.

“This Court finds that a relaxation of the rules of procedure is necessary in the instant case in order to promote the best interest of the adoptee child,” said the SC. – Rappler.com