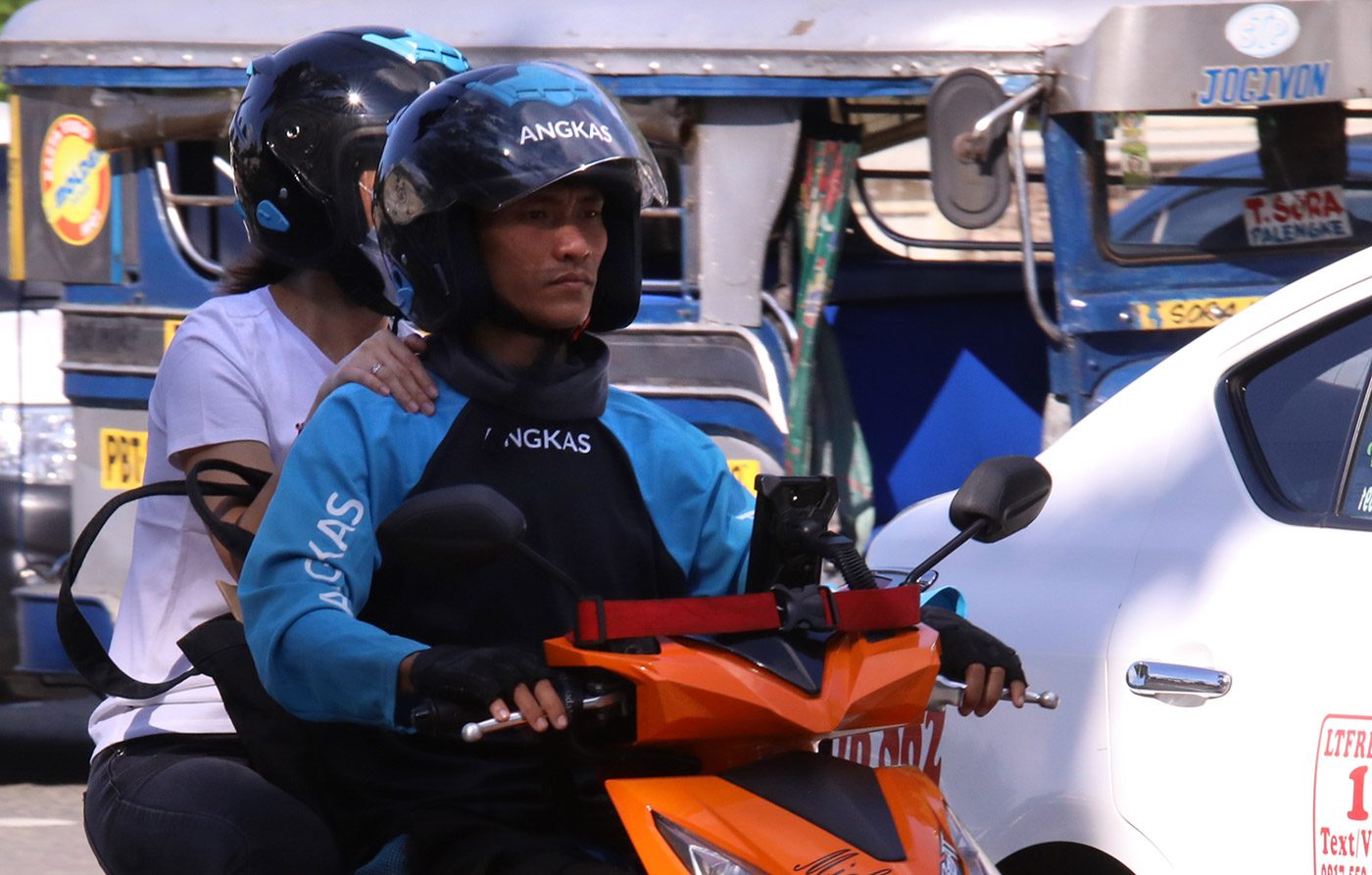 Facebook Twitter Copy URL
Copied
The overseeing body created by the transportation department has 'no details' in its data gathering. 'They only rely on assumptions,' notes the chairman of the House committee on Metro Manila development.

MANILA, Philippines – After weeks of failing to report data on the safety of motorcycle taxis, the overseeing technical working group (TWG) is now required to submit weekly data reports to the House committee on Metro Manila development.

During the committee hearing on Wednesday, January 29, Quezon City 1st District Representative Anthony Crisologo made a motion to oblige the Department of Transportation (DOTr), through the TWG and the Metropolitan Manila Development Authority (MMDA), to submit weekly reports to the committee.

Crisologo said the reports should contain data on the apprehensions, compliances, and the number of vehicles and drivers of the 3 providers included in the motorcycle taxi pilot run, namely Angkas, JoyRide, and Move It.

“So that while a law is being crafted – I think there are house bills being crafted – we can actually move side by side, parallel. While the TWG is operating, we can also do our part and study the law, and so we can find out if there is really data,” Crisologo said in a mix of English and Filipino.

The motion was approved by the committee.

“The major shortcoming that we see is the data-gathering – there are no details. They only rely on assumptions, and the information they have comes from Angkas, the major player,” said committee chair Manila 1st District Representative Manuel Lopez.

Angkas claims to have a 99.997% safety record, but this is not verified by the MMDA, since the agency does not distinguish motorcycles if they are private or for public transportation when recording incidents.

Lopez also wanted the Department of Information and Communications Technology to monitor the platform applications of the 3 players, and the Bureau of Internal Revenue to monitor if they are paying the right taxes.

Why it matters: The pilot run was approved by the DOTr so that the viability of motorcycle taxis as a mode of public transportation could be assessed in aid of legislation.

However, the TWG earlier terminated the pilot run prematurely, saying “legal impediments” – such as temporary restraining orders petitioned for by Angkas – prevented them from collecting data on the safety of motorcycle taxis.

But a day after the Senate committee on public services urged them to reconsider the termination, the TWG reinstated the pilot run after making concessions with Angkas.

The TWG has yet to present any data on the safety of motorcycle taxis, after the collective 7-month period of the pilot run. – Rappler.com