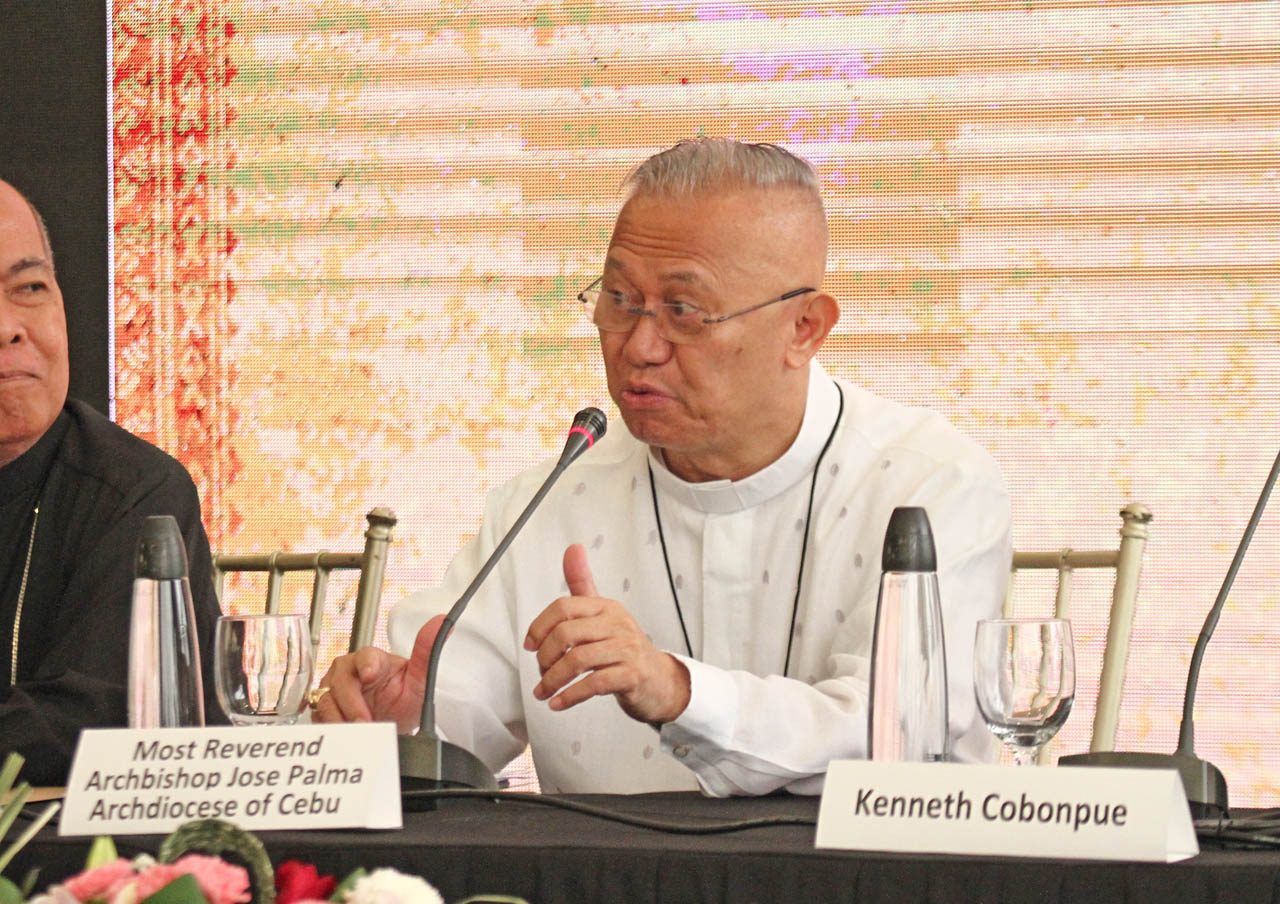 Facebook Twitter Copy URL
Copied
'We must act together in the face of climate emergency,' says Cebu Archbishop Jose Palma

CEBU CITY, Philippines – Heeding Pope Francis’ call to take action against climate change, the Archdiocese of Cebu will hold its 1st Archdiocesan Convention on Climate Emergency from January 31 to February 1.

Cebu Archbishop Jose Palma explained in a press conference on Wednesday, January 29, that environmental protection has become a priority of the Catholic Bishops Conference of the Philippines (CBCP).

“Allow me to inform you, even in the CBCP, much of our gathering has been focused on what we can do to respond to the many forms of [environmental] degradation. And ways our environment had been destroyed by natural disasters like volcanic eruptions, typhoons, earthquakes, floods and what we can do from the perspective of faith,” Palma said.

Palma said the conference was also heeding the Pope’s call to do more to address climate change.

Francis, who has been campaigning for the environment since he became pontiff in 2013, slammed UN climate leaders who met in Madrid last year for their weak response to the climate crisis. (READ: Pope slams leaders on ‘weak’ response to climate crisis)

The Cebu archbishop said that the climate emergency summit would also be a crucial part of the quincentennial celebration of Christianity in the Philippines.

“We must act together in the face of climate emergency. This, to me, is a very important aspect of the preparations,” Palma said.

He expressed hope that devotees of the Santo Niño would show as much passion in  protecting the environment.

Cebu will take center stage in the quincentennial celebrations as the place where Ferdinand Magellan first landed and brought the image of the Santo Niño to local chiefs Queen Juana and Rajah Humabon. They are believed to be the first Filipinos baptized  – an event commemorated every year by reenacting it during the Sinulog Festival.

An estimated 3 million people participated in the annual Sinulog Festival.

“A true believer in Santo Niño loves the environment. We don’t haphazardly throw our trash anywhere,” Palma said during his homily on Sunday. “Bato-bato sa langit (regardless of who takes offense at this).”

On the local level, Cebu has been impacted by overmining, resulting in landslides, as well as road widening and infrastructure projects that lead to cutting trees which many Cebuanos have been opposed to.

During the summit, members of 160 different parishes around Cebu, private sector representatives, and policy experts will try to come up with recommendations and solutions to the most pressing environmental problems.

Father Michael Murpy Sarsonas, chairperson of the Cebu Archdiocesan Commission for Climate Concerns, said that they hope the conference would help them come up with a bottom-up approach to national, local and church policy recommendations, community projects, among other actionable measures.

He also said that after the conference, they plan to launch the Cebu Climate Emergency Center to address local environmental concerns.

The convention will take place from January 31 to February 1, from 8 am to 5:30 pm at the Waterfront Hotel in Cebu City.  More information can be found on their Facebook page. – Rappler.com