Jan 29, 2020 6:30 PM PHT
Sofia Tomacruz
Facebook Twitter Copy URL
Copied
'Are we going to sacrifice the gains that we have made with the US-Philippine relationship just because of the cancellation of the visa of one senator?' asks Deputy Speaker Johnny Pimentel 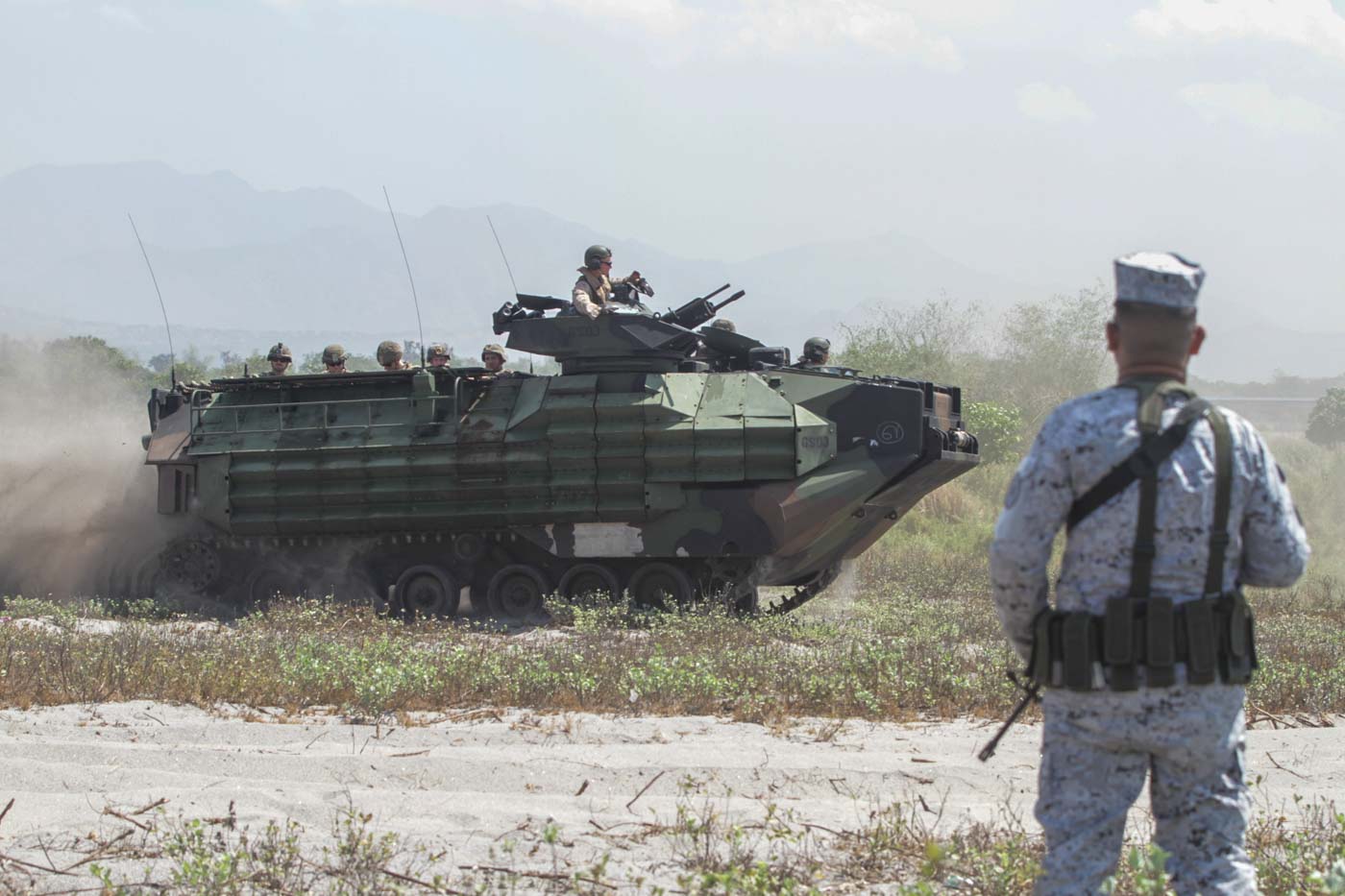 In a House committee on foreign relations hearing, Deputy Speaker Johnny Pimentel and Cagayan de Oro 2nd District Representative Rufus Rodriguez expressed alarm over Duterte’s plan to scrap the VFA after he was angered by the cancellation of Senator Ronald dela Rosa’s US visa.

Both lawmakers warned of the “severe repercussions” of the Duterte government’s decision to terminate the agreement considering it was linked to other defense deals, US assistance to the Philippine military, and relief efforts during calamities, among others. (READ: ‘Good move’: Locsin hails Duterte’s threats to scrap VFA)

“Are we going to sacrifice the gains that we have made with the US-Philippine relationship just because of the cancellation of the visa of one senator?” asked Pimentel, who is Surigao 2nd District Representative

“The Philippine government did not raise a furor. We did not even defend these two very important former government officials. But here comes a senator whose visa was canceled and we are going to scrap a very important agreement. This will have very severe repercussions on our relationship with the US,” he said.

Rodriguez, for one, noted that Duterte should reconsider his actions on the ground that terminating the VFA “will be inimical to the national interest and national security.”

Careful review and response. Department of Foriegn Affairs (DFA) Assistant Secretary Maria Isleta, who heads the department’s office of American affairs, sought to assure lawmakers that the several agencies, including the Department of Justice, were assessing the impact of scrapping the VFA.

Iselta said initial discussions on the matter have fleshed out 3 main issues that needed further consultation. These included the establishment of proper procedures to terminate the VFA, a review of the benefits and cost of the VFA, and an assessment on the impact on Philippine defense and the economy.

Apart from this, Isleta added meetings were also being scheduled at the ” highest level” to come up with a recommendation for the President.

Meanwhile, Rodriguez aired concerns over the possibility that the US could withdraw from defense pacts like the Enhanced Defense Cooperation Agreement and the overarching Mutual Defense Treaty (MDT), where the Philippines and US agree to defend one another in case of an attack. (READ: Malacañang downplays possibility of U.S. terminating other military pacts)

Isleta said that based on preliminary discussions, if the VFA is terminated, the “MDT may remain valid but inoperative.” This is because the VFA gives substance to the MDT, which required joint exercises be held between the two countries’ militaries to ensure they could work together when needed.

“I hope DFA officials, you are the soldiers there, please make the very good recommendation that it will not only affect one person but please, think of all the 100 million people of the Philippines that might be affected with this revocation of the VFA,” Pimentel said.

Rodriguez echoed this, saying “As far as DFA is concerned, we should be united in being able to present to the president that scrapping the VFA is not in the interest of our country.” – Rappler.com