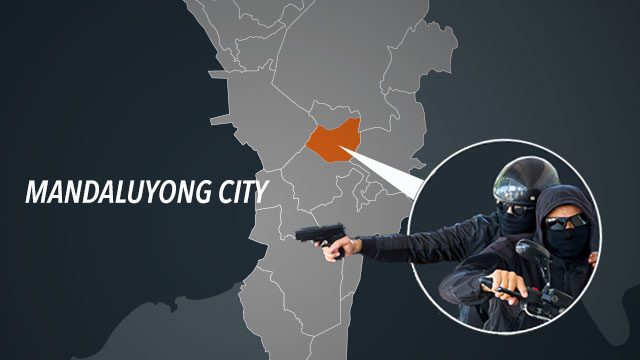 MANILA, Philippines – Despite the enforcement of an ordinance regulating motorcycle riding-in-tandem in Mandaluyong City, a newly identified drug personality in the city was shot to death by gunmen onboard a motorcycle past midnight Friday, January 31.

The victim, 23-year-old Jerick Lucaña, was walking along Acacia Lane in Barangay Hagdan Bato, Mandaluyong when he was attacked by two still unidentified gunmen aboard a motorcycle around 12:30 am, a police report said.

A 53-year-old woman witnessed the shooting incident, and told probers that the assailants were both wearing helmets.

One of the gunmen served as a lookout, while the other was the hit man who shot Lucaña thrice in the body. The victim died on the spot.

The gunmen then immediately fled aboard a motorcycle, taking with them the pistol they used to kill the 23-year-old drug personality.

Seized from the crime scene were 3 spent shells of a still unknown caliber, probers said.

Mandaluyong Police said the Lucaña was recently identified as a drug personality of Barangay Addition Hills, Mandaluyong. He was included on their watch-list.

The ordinance only allowed  females, children, and male relatives as backriders of motorcycles. Male backriders must relatives of the driver of the motorcycle. – Rappler.com