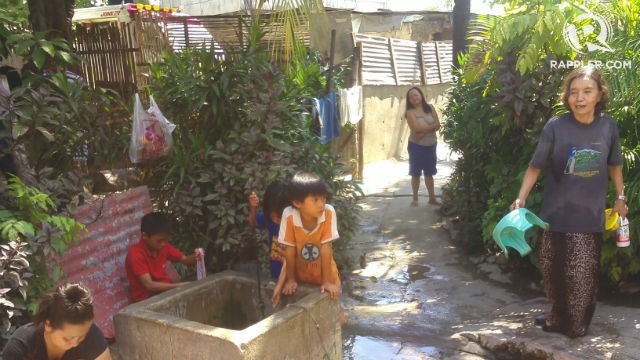 “Water shortages affect the spread of the pathogenic organisms, such as bacteria and viruses, because lack of water will limit handwashing and compromise the cleaning and sanitation of health care facilities,” the international health body said in a statement.

WHO Philippines was responding to our question about the impact of water scarcity, particularly in Cebu, on efforts to combat an outbreak of the 2019-nCoV acute respiratory disease.

The Department of Health also recommends frequent hand washing and “good hygiene” to combat the spread of the virus. (READ: Novel coronavirus or 2019-nCoV: What we know so far)

“It is important that communities and health workers have access to safe and adequate water at all times to protect them from the spread of infection,” the WHO said.

Since the mid-2000s, however, Metro Cebu, an area where over 2.5 million people live, has been grappling with prolonged rotating water interruptions.   Periods of no water flow can last longer hours and affect more barangays going into the summer months, when there is little to no rainfall.

But even during the most recent rainy season, barangays across Metro Cebu experienced long water interruptions in their homes.

A resident of Barangay Kamputhaw in Cebu City told Rappler through direct message that the village often only gets water between 12 am and 5 am daily, but sometimes for less time than that.

Cebu City resident Jann Banguis sent a video to Rappler of Kamputhaw residents lining up with buckets to get water from a truck.

JM dela Mer of San Isidro, Talisay City, said his barangay currently only gets water from 4 am to 6 am daily.

A resident of Barangay Luz in Cebu City reported not having water flow entirely since Thursday, January 30.

The WHO said lack of water would threaten infection prevention and control measures and “will have an impact on health.”

Mayor Edgar Labella met with heads of regional government agencies on Friday to assist the city in planning its response to a potential outbreak.

Much of the discussion was focused on the quarantine of possible virus carriers, making sure hospitals were equipped to deal with patients infected by the virus, and the supply of masks.

Multiple attempts to reach Labella to ask if water distribution or sanitizer supply plans were part of the discussion went unanswered.

But he is scheduled to discuss the water crisis in a public forum at the Cebu City Sports Complex on Monday, February 3.

“Supply problems were experienced this month in areas due to leaks, non-operation of wells due to power outages, and maintenance of MCWD facilities,” Kara explained.

She said, however, that new wells scheduled to open in February and March should help add to the daily output of water production.

But even with the additional sources of water, the supply would still be producing only 47% of total water demand in Metro Cebu.

The MCWD, however, acknowledged that the amount of rainfall that will come in the summer months to replenish the water supply in the Buhisan and Jaclupan dams is unpredictable. While they recognized the important of water in combating the spread of viruses, they still encouraged the public to practice water conservation in their homes.

“MCWD is advising the public to use water wisely so everyone can enjoy it. Let’s conserve where we can so we will have enough supply even during the summer months.” Kara said.

From 2016 to 2019, Cebu City and the Province of Cebu had declared a state of calamity on diffent occasions due to drought, brought about by El Niño.

When water supply is low, the MCWD said they could deliver water to barangays where there is no service. The water district spokesperson said coordination for water deliveries would be done through the barangays and local government units.

The World Health Organization declared the outbreak an international emergency. The death is currently at 212 as of Friday.

After the first case of nCoV-2019 was confirmed in the Philippines – a woman who traveled to Manila via Cebu and Dumaguete – President Rodrigo Duterte imposed a ban on travelers from the Wuhan City, the epicenter of the outbreak. The ban includes flights from the rest of Hubei province, China. This would last until the 2019-nCoV threat was over. – Rappler.com