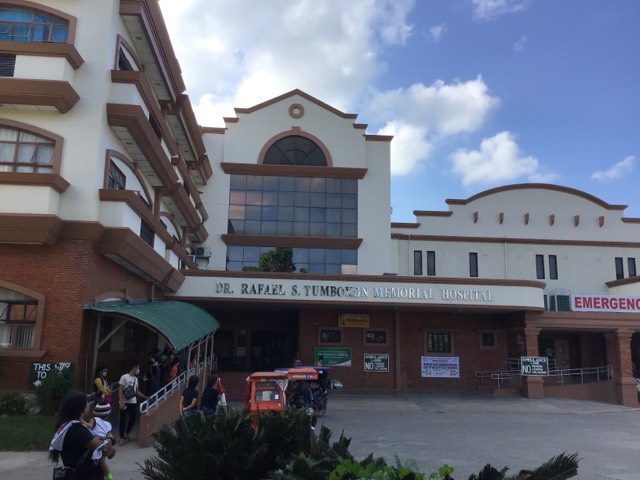 The first is a 23-year-old flight attendant who came from Wuhan, China on January 21 where she developed cough after 3 days. The cabin crew of that same flight was quarantined in a private isolation room since Thursday, January 30.

Wuhan is considered the epicenter of the 2019-nCov ARD outbreak.

The second, a 17-year-old male Chinese tourist, was also referred by a local hospital in Boracay Island to the Aklan provincial hospital after experiencing flu-like symptoms.

Meanwhile, a flight attendant from Palawan with travel history in Taiwan and Shanghai, China, however, denied she was quarantined in Aklan provincial hospital. She said she was in the hospital to get her medical clearance on January 31, Friday.

On January 28, 3 foreigners were discharged from the Aklan provincial hospital after the results of their tests for the 2019-nCov came out negative.

Provincial Health Officer I Dr. Cornelio Cuachon, Jr. said seaports and airports in Aklan were on heightened alert to step up precautions for the deadly and highly-contagious Wuhan coronavirus. PHO-Aklan was also closely coordinating with Civil Aviation Authority of the Philippines (CAAP) and Bureau of Quarantine (BOQ) to check incoming travelers from other countries.

(The number of flights and arrivals of visitors in Kalibo airport will go down drastically. All of the flights to China are suspended until further notice.)

Monserate said the cancellation of around 20 commercial flights was a precautionary measure to help prevent the spread of the coronavirus, which has killed 213 people in mainland China.

Amid the coronavirus outbreak in Hubei province, the Aklan Medical Society urged the public on January 31 to observe good personal hygiene and stay healthy at all times to contain the 2019-nCOv ARD.

The common symptoms of coronavirus include breathing difficulties, cough and cold, fever and shortness of breath.

Meantime, the 11 Chinese tourists under medical observation in Kalibo, Aklan returned to China on January 31. They boarded a China Eastern Airlines plane around 2:40 pm, Friday, in Kalibo International Airport to take a four-hour flight en route to Chengdu, China.

Cuachon said the tourists were fit to travel to China after they secured medical clearances from attending doctors.

“They had no flu-like symptoms and they will be closely monitored also in China,” he added.

The foreigners, who were spending their vacation in Boracay Island, were tracked down by health authorities. Four of them had close contacts with a coronavirus patient in Hong Kong.

On January 24, the Chinese tourists – 7 adults and 4 children – were admitted in Aklan provincial hospital in Kalibo, Aklan. The Chinese nationals were asked to stay in the Gov. Corazon L. Cabagnot Tourism and Training Center in Old Buswang, Kalibo since January 25 for medical observation for 10 to 14 days even without flu-like symptoms.

However, the anxiety of parents and students had grown after health authorities in Aklan confirmed 11 tourists have been isolated. The ‘virus scare’ also prompted the suspension of classes near the Aklan training center on January 29. – Rappler.com