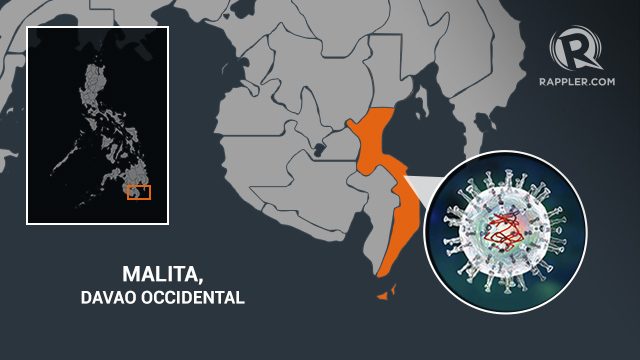 Ricardo Oñate, the Regional Field Office 11 director of the DA, said in a statement issued by its regional office that a composite team of veterinarians also reported ASF incidence in the barangays of Malita – Bito, Kidalapong, Tubalan, Felis, Mana, Talogoy, and New Argao.

“Laboratory examinations of affected animals revealed similarities of lesions for classical swine fever or hog cholera and ASF,” he said.

Oñate said it was later confirmed that blood samples collected and submitted to the Bureau of Animal Industry’s animal disease diagnostic laboratory in General Santos City in Region 12 on January 30. Results turned positive for ASF.

While the entry of ASF in Malita and earlier, in Don Marcelino town, had been confirmed, the DA said it was still clueless as to how the disease managed to sneak in.

He said Secretary William Dar has already ordered Ronnie Domingo, the national director of the Bureau of Animal Industry, to conduct a “trace-back” and “trace-forward” investigations, particularly in areas where Don Marcelino actively trades with – such as the towns of Malita, Santa Maria, Jose Abad Santos, all in Davao Occidental; and Sulop, in Davao Del Sur. It was in Don Marcelino where the disease had initially been reported.

The DA said it suspected the practices of local traders contributed to the spread of the deadly swine disease.

“Backyard farmers in the area practice group rearing (Pagalam system) of hogs, from different owners, most having no proper housing provisions nor biosecurity practices. They do not also practice vaccination, vitamin supplementation and deworming. Household butchering is common especially with animals exhibiting weakness or disease, and animals are sold to neighbors and relatives,” Oñate said.

He said in the affected towns, the means of trading animals is by viajeros (bukag-bukag).

The viajeros would purchase sick animals at low cost and transport them by motorcycle to consolidators in the nearby town of Santa Maria for distribution to several areas in Davao Del Sur, he added.

“Foodstuff, including coffee, and cooking utensils for volunteers could also help. We also need suggestions on how to effectively dispose of sick hogs,” Piñol said. “We all have to contribute to contain this problem before it spreads.”

He stressed that it was important to contain the problem and prevent “the spread of the disease by immediately implementing quarantine measures.”
“Just as we have done in Central Luzon, we will be employing policemen and soldiers to make sure nothing comes out of Don Marcelino and its neighboring town Jose Abad Santos,” Piñol said.

Aside from tracing back and forward, Oñate said Davao regional veterinary quarantine officers (VQOs)will also help identify the disposal sites for culled hogs and conduct an inventory of the total swine population in affected areas.

As of Sunday, the total number of pigs that died from the disease was uncertain although initially, there were 1,000 reported by the Don Marcelino local government in the eight affected barangays of Linadasan, North Lamidan, South Lamidan, Calian, Mabuhay, Lawa, Nueva Villa and Baluntaya.

“Secretary Dar orders all concerned DA offices to extend technical assistance to affected hog raisers, ensure food safety at all times, and strictly enforce the 1-7-10 protocol. He also reiterates that ASF is non-transmissible to humans, and that pork is safe to eat. Finally, he urges all consumers to always look for the seal of the DA’s National Meat Inspection Service (DA-NMIS) that ensures all livestock and poultry animals are disease-free before they are slaughtered,” Oñate said.

Noel Ocampo Reyes, the DA spokesperson, said the agency remained on top of the situation.

He said Dar also commended Davao Occidental Governor Claude Bautista, and respective mayors of the two towns for enforcing a complete, but temporary, lockdown, and in establishing 24/7 quarantine checkpoints. – Rappler.com