Feb 3, 2020 11:31 AM PHT
Ralf Rivas
Facebook Twitter Copy URL
Copied
Rio has yet to address reports that he allegedly left after finding corruption within the agency 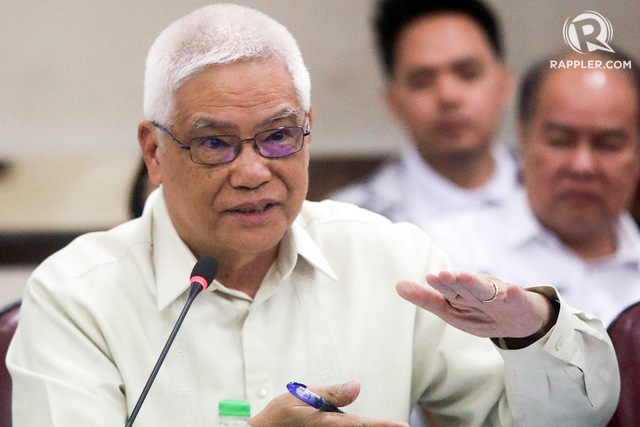 MANILA, Philippines – Department of Information and Communications Technology (DICT) Undersecretary Eliseo Rio Jr has quit his post in the agency.

In a letter dated January 30, Rio thanked President Rodrigo Duterte for appointing him acting secretary of the agency in 2018. (READ: DICT chief Honasan defends his credentials)

Rio did not cite his reasons for leaving the DICT.

However, a report by the Philippine Star said that there are more compelling reasons for his resignation, particularly questionable disbursements of confidential funds amounting to P300 million. Rio has not yet replied to Rappler’s inquiries regarding the matter.

In November  2018, Rio said he hopes the President would give him “a few more weeks” to stay as head of the agency before he was to be replaced by Honasan.

“I see no urgency in Senator Honasan taking over, at least until I fully finish this job on the third telco, which I promised the President it would be done before Christmas this year,” Rio said back then. He led the selection of the country’s 3rd telco, Dito Telecommunity, a consortium between Davao businessman Dennis Uy’s  Udenna Corporation and China Telecom.

A licensed electronics and communications engineer who finished 4th in the 1971 board exams, Rio retired from the Philippine Army with the rank of brigadier general. He was appointed to the National Telecommunications Commission in 2001 and had been DICT officer-in-charge (OIC) since September 2017 when then-secretary Rodolfo Salalima resigned. – Rappler.com