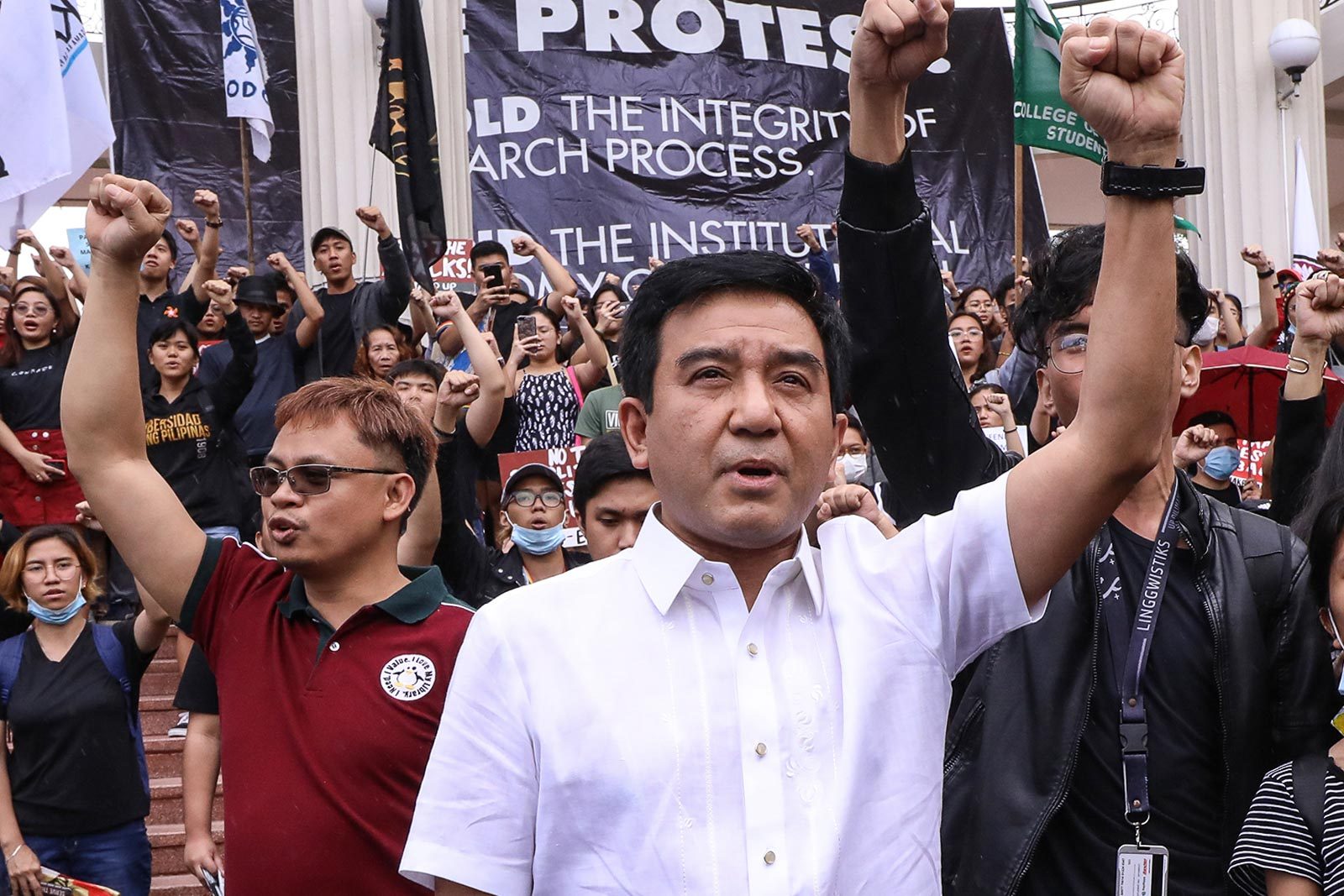 MANILA, Philippines — Mathematics professor Fidel Nemenzo has been appointed as chancellor of the University of the Philippines (UP) Diliman.

Nemenzo was elected during a meeting of the UP Board of Regents on Monday, February 3.

Nemenzo, a mathematics professor, holds doctor of science and master’s degrees from Tokyo’s Sophia University. He obtained his undergraduate degree in mathematics from UP Diliman in 1985. (READ: Pro-people, pro-marginalized: Who should next UP Diliman chancellor be?)

He vowed to transform the UP in Diliman into “a modern research university with a public mission.”

In a forum where nominees for UP Diliman chancellor engaged with the community on Thursday, January 16, Nemenzo also reiterated his intention to uphold the university’s activist tradition. (READ: ‘Red-tagging has no place in U.P.’ – Diliman chancellor bet Nemenzo)

Nemenzo would push for the institutionalization of the university’s psychosocial services program, such as strengthening programs on mental health and gender issues.

Nemenzo will take over professor Michael Tan who served the university as two-term chancellor from 2014-2020.

The other contender was College of Engineering Dean Ferdinand Manegdeg. – With reports from Nicolas Antonio/Rappler.com