Volcanic earthquake from Taal felt in parts of Batangas, Tagaytay 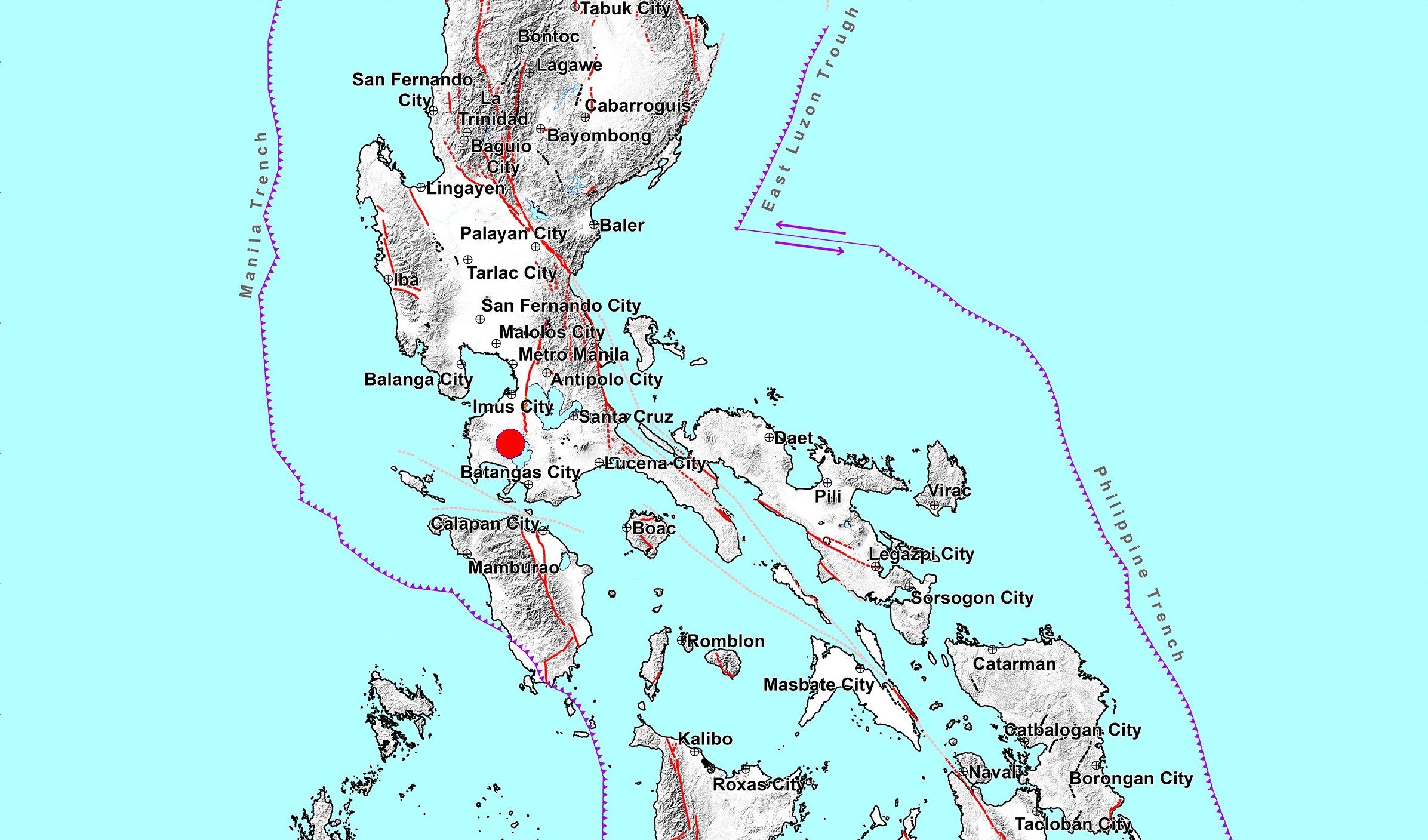 Facebook Twitter Copy URL
Copied
Phivolcs says the volcanic earthquake was magnitude 3.2 and struck at 4:20 am on Monday, February 3. It is among the latest quakes which show magma is still moving beneath Taal Volcano's crater.

MANILA, Philippines – One of the newest volcanic earthquakes recorded from Taal Volcano was felt in some areas in the province of Batangas and in Tagaytay City, Cavite, on Monday, February 3.

The Philippine Institute of Volcanology and Seismology (Phivolcs) said it recorded a total of 134 volcanic earthquakes in the past 24 hours, with one of them magnitude 3.2.

The magnitude 3.2 earthquake, which struck at 4:20 am on Monday, was felt at the following intensities:

The volcanic earthquakes also included one low-frequency event. It is a type of quake “caused by cracks resonating as magma and gases move toward the surface,” according to the United States Geological Survey.

“These earthquakes signify magmatic activity beneath the Taal edifice that could lead to eruptive activity at the main crater,” Phivolcs said.

At the main crater, Phivolcs observed “moderate to voluminous emission of dirty-white to white steam-laden plumes rising 800 meters high” in the past 24 hours.

This is compared to only “weak emission of white steam-laden plumes 50 to 100 meters tall” in the previous 24-hour period.

Meanwhile, no new figure was given for the emission of sulfur dioxide (SO2), a major gas component of magma.

Phivolcs only reiterated that SO2 emission was measured at an average of 97 tons per day last Saturday, February 1.

The downgrade to Alert Level 3 had been prompted by an “overall decrease in the level of monitoring parameters,” though Phivolcs warned then that the threat of a hazardous eruption remains.

On Monday, Phivolcs stressed that these could still happen:

Areas in Batangas within a 7-kilometer radius from Taal’s main crater remain off-limits. These include:

The Taal unrest has affected at least 128,311 families or 480,410 persons as of Monday, said the National Disaster Risk Reduction and Management Council. They are in the provinces of Batangas, Quezon, Laguna, and Cavite.

Those staying in evacuation centers have gone down to 7,155 families or 25,327 persons as of Monday.

When a 14-kilometer-radius danger zone was enforced during Alert Level 4, there were as many as over 38,000 families in evacuation centers. (WATCH: Pregnant Taal evacuees worry for the day they’ll give birth) – Rappler.com