80 persons being probed for novel coronavirus in PH 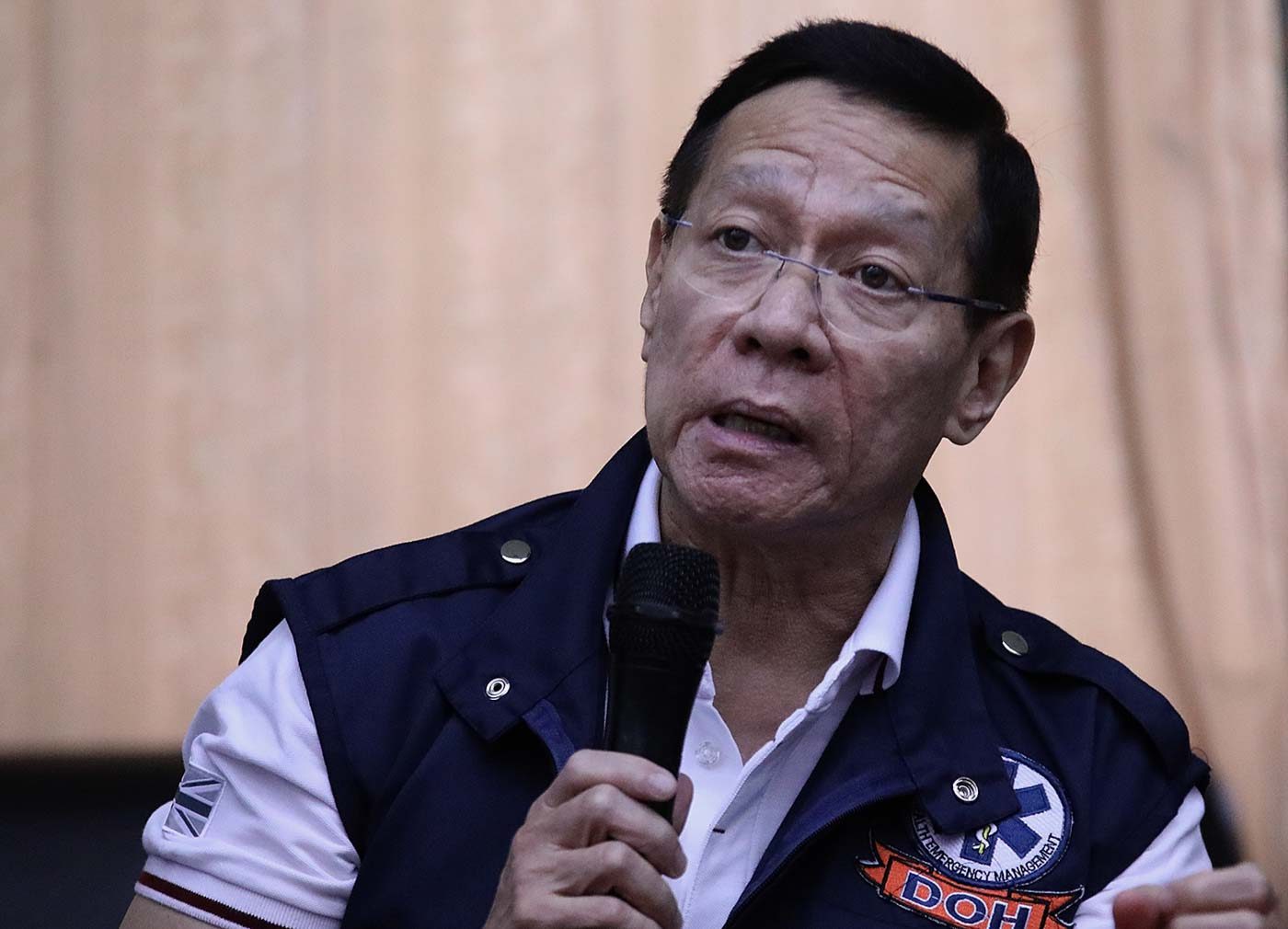 MANILA, Philippines – The Department of Health (DOH) confirmed it is probing 80 patients for the 2019 novel coronavirus or 2019-nCoV as of Monday, February 3.

This is up from the 36 reported on Sunday, February 2. Of the 80, 1 has died, 68 are admitted and isolated in hospitals, while 10 have been discharged but are still being monitored. There is also another reported death but the patient died due to complications unrelated to 2019-nCoV.

Of the 80 samples, 2 have tested positive, 30 have tested negative, and 48 results are still pending, according to data from the Research Institute for Tropical Medicine (RITM).

Epidemiology Bureau Director Ferchito Avelino said that 8 of the new cases being monitored are people who came in contact with the couple from Wuhan, China, who were the first positive cases of 2019-nCoV in the Philippines. The 8 people showed signs of coughs and colds, according to Avelino.

Avelino added that the Epidemiology Bureau has found a total of 74 contacts the couple interacted with in Cebu and Dumaguete. They have been advised to go on home quarantine and are discouraged from interacting with other people within 14 days.

The increase in cases being probed comes as the criteria for probing expanded to persons coming not just from Hubei province but also from all of mainland China, Hong Kong, and Macau.

Health Francisco Duque III also said the increase was “due to the strengthened surveillance system and contact tracing of the Epidemiology Bureau,” but this is amid criticism that the health department has been very late in its response to the virus that has claimed more than 360 lives and sickened 16,823 as of Februrary 3.

Lawmakers, as well as the public, had been calling for a travel ban on all of mainland China even before the first case of 2019-nCoV was confirmed in the Philippines, but their calls were met with the president’s statement saying a ban would imperil economic and diplomatic relations with China.

Duterte finally answered the call for a ban on travelers from mainland China, Hong Kong, and Macau, on the same day that the DOH announced the first 2019-nCoV-related death in the Philippines – the first one outside of China.

The DOH continues to urge the public to remain calm and practice proper hygiene and coughing etiquette to prevent infection. It also calls on the public not to hoard surgical masks, as they are only needed by people showing symptoms. The DOH is asking that they be reserved to “people who need them most, especially medical personnel.”

Duterte is set to meet with the DOH and other medical experts on Monday to discuss government response to the disease. Health officials are looking at two military facilities as possible quarantine areas for Filipinos returning from Wuhan, China, Defense Secretary Delfin Lorenzana said on Saturday, February 1. These sites are not final, Duque said, but they will be discussed in Monday’s cabinet meeting. The Department of Foreign Affairs said that 42 Filipinos have so far requested for repatriation from Wuhan, the epicenter of the viral outbreak. – Rappler.com