No termination yet: Locsin instead wants ‘vigorous review’ of VFA 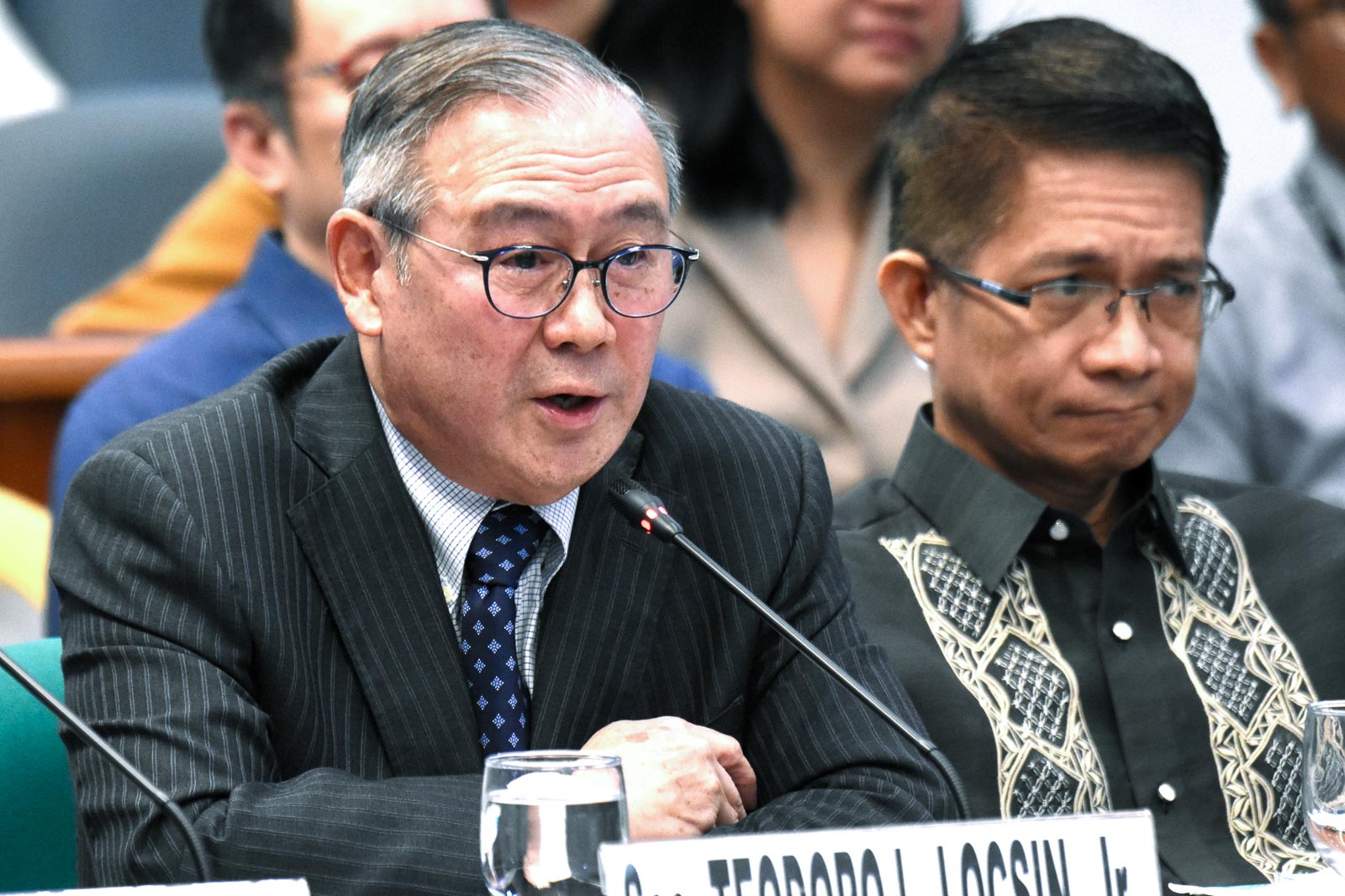 MANILA, Philippines (UPDATED) – Department of Foreign Affairs (DFA) Secretary Teodoro Locsin Jr holds off on taking a position on the termination of the Philippines and the United States’ Visiting Forces Agreement (VFA). He is instead rooting for more discussions.

“A vigorous review of the VFA is called for,” Locsin said on Thursday, February 6, before the Senate during its hearing on the agreement, which came under threat after a recent outburst from President Rodrigo Duterte.

“No there was none (consultation),” Locsin stated in response to a probing by Senator Franklin Drilon.

Despite this, the DFA chief defended Duterte’s threats against the US, saying it was the President’s prerogative as commander in chief and the chief architect of foreign policy to make such a call. Locsin said Duterte’s decision to do so over the cancelation of Dela Rosa’s US visa was “valid” as it was a “sovereign insult” to the Philippines.

“On that basis, the President can fire off his desire to abrogate the VFA…. No (I was not consulted) nor would I have wanted any consultation, the commander in chief should be able to express what he wants,” Locsin said.

So far, the closest notice the United States has is President Rodrigo Duterte threatening through a televised speech to scrap the VFA if they did not reissue a visa for his close ally, former police chief and now senator Ronald dela Rosa. (READ: With threats to scrap VFA, Duterte gambles Philippines’ security)

Why this matters: The statement signals the DFA preferring to pursue a sober and thorough route with regards to keeping or dropping the VFA, an approach that President Duterte did not appear to favor when he issued his ultimatum. (READ: ‘His word is law’: A list of Duterte’s verbal-only orders)

During his opening statement, Locsin enumerated the benefits and costs of keeping the VFA and its related agreements the Mutual Defense Treaty and the Visiting Forces Agreement. He said further deliberation was needed before they moved forward with the high-stakes decision. – with a report from Sofia Tomacruz/Rappler.com