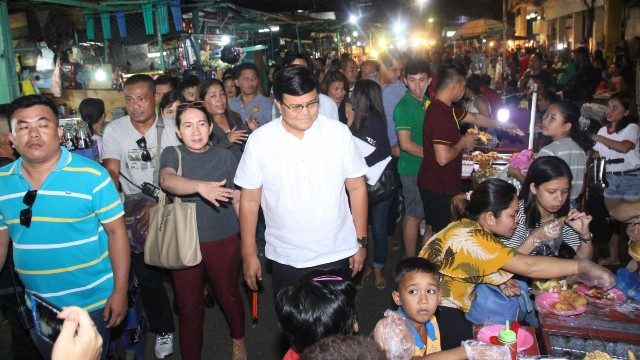 “If we find out it’s so untidy and infiltrated with rats, then we will issue an order to have these establishments closedm if they do not comply with the sanitary requirements of the city,” Labella said in a statement:

The issue came about after a video was uploaded on Facebook showing rats running around displays of barbecue.

The video was later removed.

Larsian is located near the Fuente Osmeña rotunda and is one of the most popular and oldest food park places in Cebu.

According to a report in Cebu Daily News, Villa told stall owners to use glass cases to protect food from rodents and cockroaches.

But none of the stalls had glass cases when city officials inspected Larsian earlier this week.

The food place was closed for 2 months in 2018 for renovation and to train food stall vendors in food safety.

Health inspectors have not yet recommended if the popular barbecue spot should be closed, but Labella said he will wait for the report of his health department before deciding.