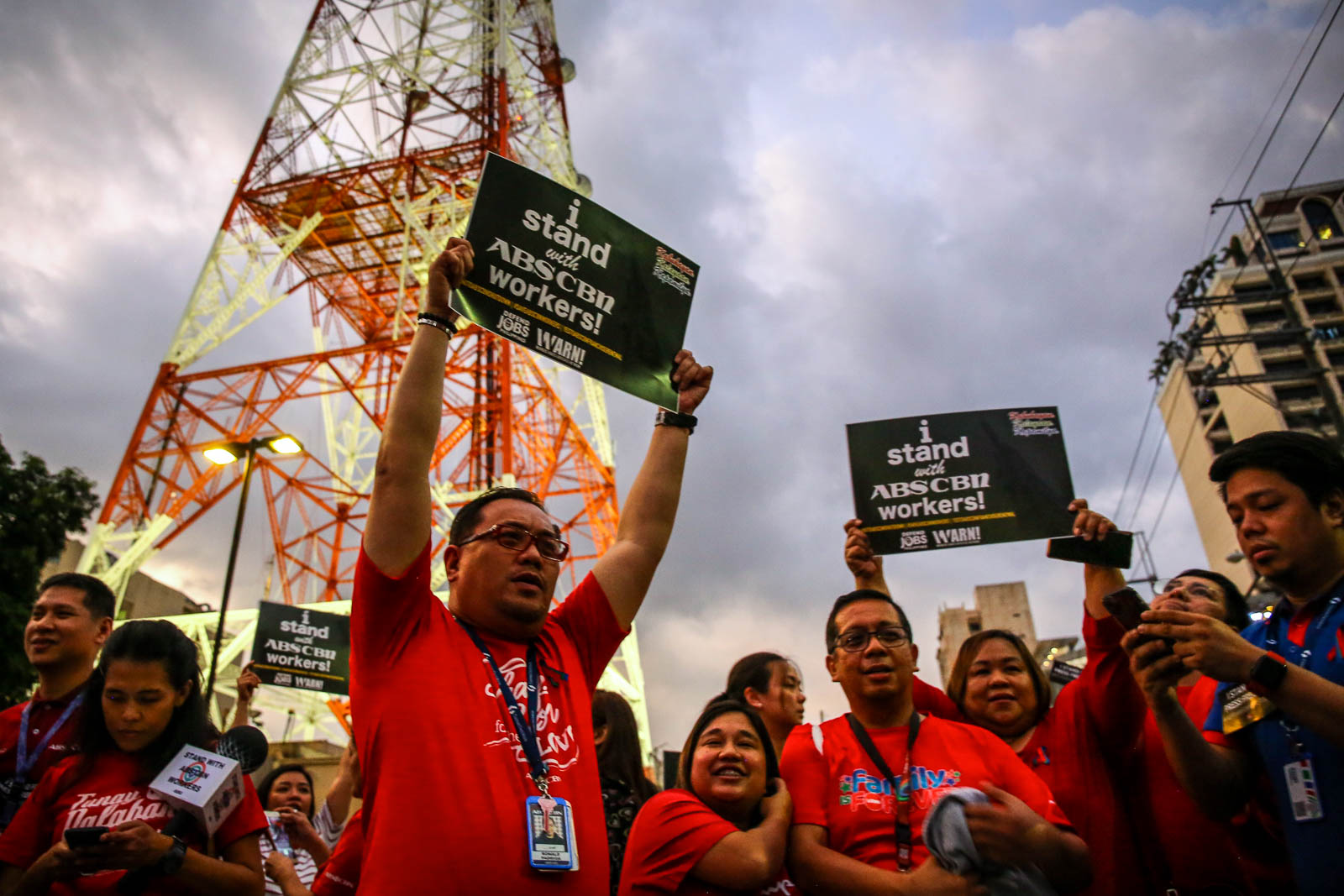 MANILA, Philippines – Albay 1st District Representative Edcel Lagman on Saturday, February 15, urged the House of Representatives to act on the franchise renewal of network giant ABS-CBN now, instead of offering the “illusory remedy” of a provisional authority from the National Telecommunications Commission (NTC) to allow its operations past March 30.

“ABS-CBN is being given an illusory alternative remedy instead of being granted a justified renewal of its franchise,” Lagman said in a statement.

“The renewal of a franchise is the legal, proper, and traditional course of action under the sole jurisdiction of the Congress,” he added.

Lagman issued the statement a day after Speaker Alan Peter Cayetano downplayed the urgency of tackling the ABS-CBN franchise renewal amid criticism over the slow pace of the process. Cayetano had said that the network can secure a provisional authority to operate from the NTC while the 18th Congress has not adjourned sine die.

“The reasons proffered by Speaker Alan Cayetano for foot-dragging on the renewal of the franchise of ABS-CBN are not so overriding as to sacrifice the freedoms of the press and expression for expediency,” he said.

“If the House of Representatives, which is an independent branch of government, kowtows to the repeated pronouncements of the President that he is against the renewal of ABS-CBN’s franchise, with more reason that the NTC, an agency under the Executive Department headed by the President himself, would go against the wishes of President Duterte by issuing a provisional authority,” Lagman added.

On Cayetano’s argument that the House had other more pressing measures to attend to, Lagman said that Congress “is used to multi-tasking so much so that it could legislate on several measures within a short timeframe or almost simultaneously.”

He also noted that the House committee on legislative franchises is “not overwhelmed with the pendency of major bills which are more greatly important than the 11 proposals to renew ABS-CBN’s franchise.”

“The timetable announced by Speaker Cayetano for the House to take up the renewal of ABS-CBN’s franchise within the duration of the 18th Congress or up to the latest in March 2022 reveals a patent prolongation before the renewal can be addressed even as the May 2022 general elections would necessitate the adjournment of the Congress as early as February 2022 and long after the expiration of the said franchise on March 30, 2020,” Lagman said.

On February 10, Solicitor General Jose Calida filed a quo warranto petition asking the Supreme Court to nullify the franchises of ABS-CBN and ABS-CBN Convergence, Inc “as they are unlawfully exercising their legislative franchises” – an allegation that ABS-CBN denied.

President Rodrigo Duterte has repeatedly publicly lambasted the network, often complaining that it did not air his political ads during the presidential campaign in 2016. He had also said that the network would not get a franchise renewal under his watch. (READ: Duterte’s ace against ABS-CBN, the Philippines’ biggest network) – Rappler.com