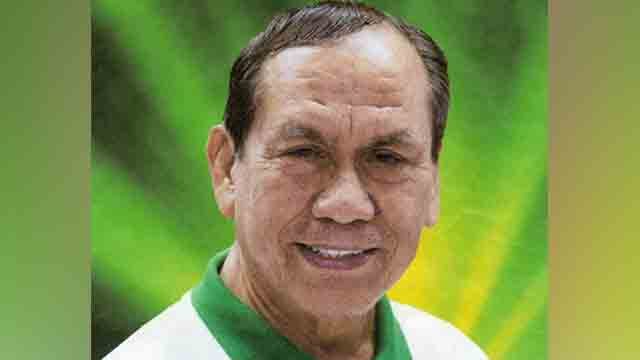 MANILA, Philippines – The Sandiganbayan affirmed the conviction of Socrates Fernandez, former mayor of Talisay City, Cebu, for obstruction of justice in a 2010 traffic altercation probe involving his son.

In a 10-page resolution promulgated on December 17, 2019, the Sandiganbayan 5th Division junked Fernandez’s motion for reconsideration due to lack of merit. Associate Justice Maryann Corpus Mañalac penned the resolution.

Fernandez was found guilty of obstruction of justice in October 2019 for removing an object from an impounded vehicle during an ongoing investigation in June 2010, despite police’s warnings against it.

The vehicle, an Isuzu Trooper, was impounded after Fernandez’s son Joavan figured in a traffic altercation where he threatened another driver with a gun. Days later, Fernandez brandished his position as mayor to get a red ladies’ bag from inside the car, which was already under police custody at the time.

“This is my car. Nobody can prevent me. I am the mayor of Talisay,” he said in Cebuano.

As a result of the guilty verdict, Fernandez was ordered to pay a P6,000 fine and was perpetually disqualified from holding public office, in line with Presidential Decree (PD) No. 1829.

Fernandez had won as city councilor in the 2019 elections.

In his motion for reconsideration, Fernandez claimed that the prosecution “failed” to prove his guilt beyond reasonable doubt because they did not show that the bag’s removal adversely affected the probe into the traffic altercation.

He also said there was “no evidence” that he “acted in his capacity as mayor or committed the crime in relation to his office.”

Fernandez also argued that the Sandiganbayan gravely abused its discretion when it “took into account” his counter-affidavit “which was never presented or introduced as evidence.”

The Sandiganbayan, in junking Fernandez’s motion, pointed out that the ex-mayor’s counter-affidavit was not presented as evidence during the trial.

“Undoubtedly, the accused is conjuring a scenario that is bereft of any basis at all, for the court did not take into account his counter-affidavit in the calibration of the evidence,” the anti-graft court said.

It also declared that the prosecution’s evidence was already sufficient “to establish the fact that the incident had indeed occurred.”

The Sandiganbayan also said that according to PD No. 1829, if the accused is a public official at the time of the offense, he or she will be penalized with perpetual disqualification from holding public office.