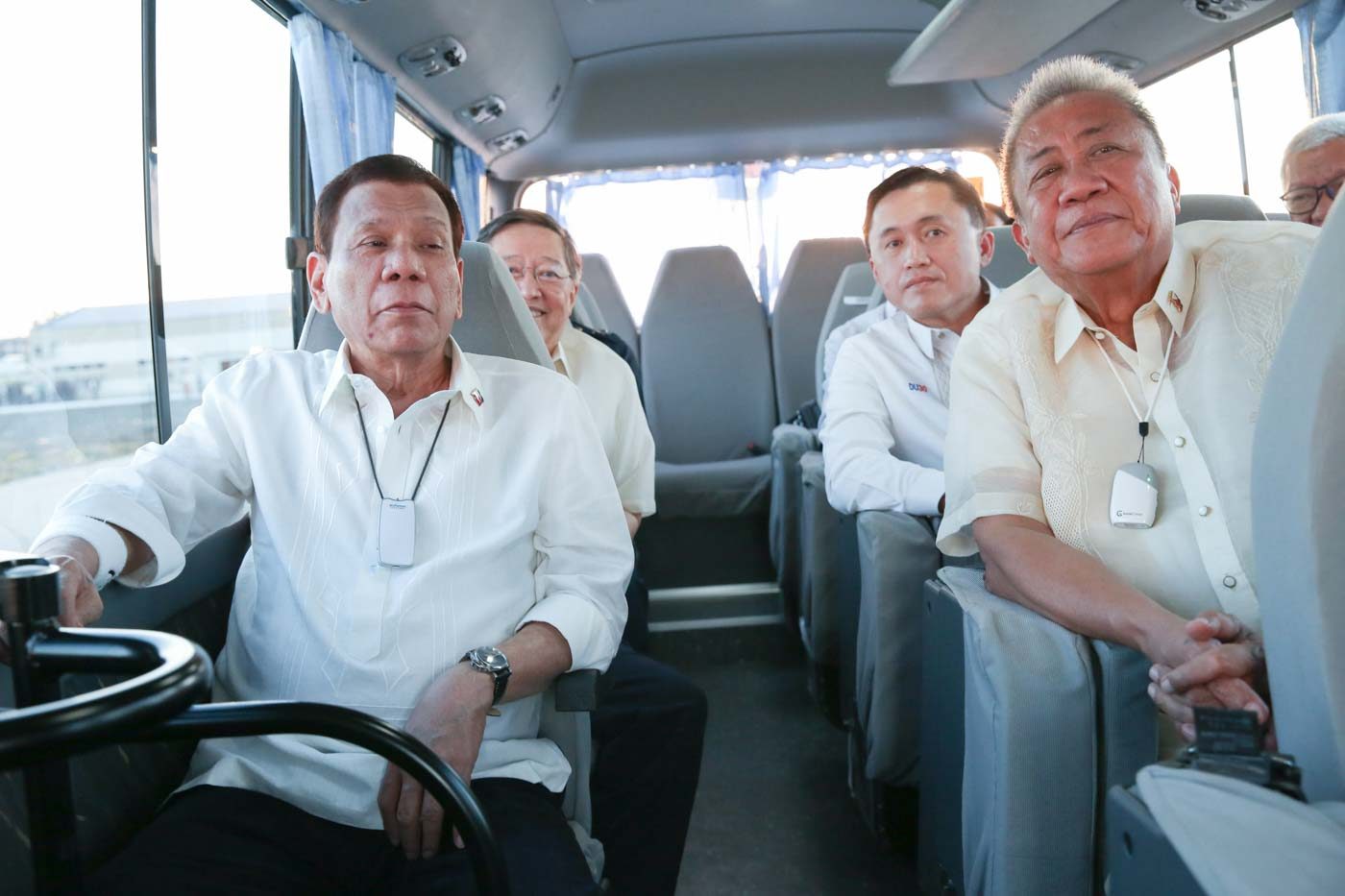 Facebook Twitter Copy URL
Copied
The tourism department plans to bring President Rodrigo Duterte to Boracay, Cebu, and Bohol, as the tourism industry continues to suffer from the coronavirus scare

MANILA, Philippines – Anticipating billions of pesos in revenue losses in the tourism industry, due to the novel coronavirus (2019-nCoV) scare, the Department of Tourism (DOT) is recommeding that President Rodrigo Duterte visits popular island destinations to help boost the domestic tourism industry.

DOT Undersecretary Arturo Boncato Jr said on Monday, February 17,  they had so far chosen Boracay, Cebu, and Bohol as the initial destinations to be visited by Duterte, who had invited Filipinos to travel with him around the country amid the 2019-nCoV threat.

“So, [we are doing this] just to arrest and to cushion whatever impact this crisis may bring to the tourism industry. As we see it, it’s still early and, as we all know, we are uncertain as to how long this would go on. And we’d like to have those measures as early as possible addressed,” said Boncato in a press briefing in Malacañang.

The DOT official said they wanted Duterte to begin his tour around the country by end of February or early March to “showcase the sites and attractions” that are popular among tourists.

(So we can possibly showcase the most famous beaches, for example, and the activities that would give unique experiences to tourists. Of course, we would also feature the local communities.)

It remains unclear, however, if Duterte himself already agreed to the itinerary. The President is also notorious for skipping pre-scheduled public engagements often due to health-related issues. (READ: LIST: Duterte’s skipped events, long absences)

Tourism Secretary Bernadette Romulo Puyat already told lawmakers the Philippines stands to lose P42.9 billion in tourism revenues for the peak months of February to April due to the COVID-19 threat.

Boncato also said the DOT also estimates that the country would have a foregone revenue worth P14.8 billion alone following the ongoing travel ban covering China, Hong Kong, and Macau.

As of Monday, the Department of Health has yet to report any case of local transmission of COVID-19, although the Philippines has recorded 3 confirmed cases of the new disease. One of them died due to other complications, but the other two recovered and have since been discharged from the hospital. (READ: DOH stays ‘vigilant’ even with admitted PUIs for coronavirus down to 171)

There are currently 49 Filipinos under quarantine in New Clark City, a majority of whom were working in Hubei, China, the epicenter of the COVID-19 outbreak where at least 1,765 people have been killed and 70,400 infected.

In Japan, a total of 27 out of the 538 Filipinos onboard the cruise ship Diamond Princess also tested positive for 2019-nCoV and have so far received care packages from the Philippine government. Passengers and crew remain quarantined. – Rappler.com