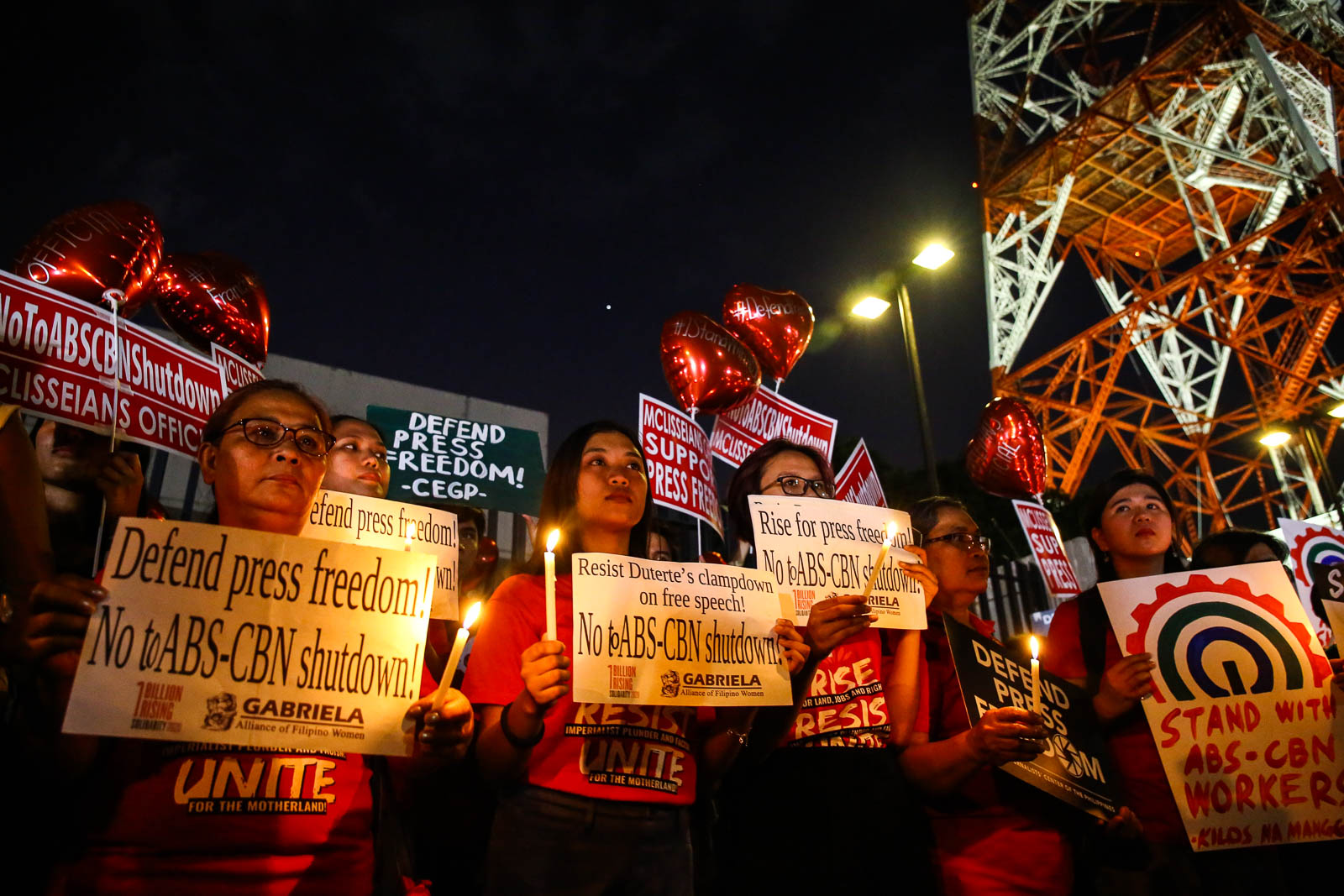 “We want a gag order to be issued in this case so that facts can be decided upon evidence produced in court, and that the determination of such facts should be uninfluenced by bias, prejudice, or sympathies,” Calida said in a very urgent motion submitted before the SC late Tuesday morning.

Calida filed the motion as support for the media giant continued to pour in following his quo warranto petition which, if granted, would limit the news company’s coverage of the story.

Justices met for the SC’s weekly en banc session on Tuesday morning, which usually starts at 10 am, and quickly acted by ordering ABS-CBN to submit its comment to the gag motion within 5 days.

“In accordance with due process, the Supreme Court has ordered ABS-CBN Corporation and ABS-CBN Convergence Inc to file their respective comments within a non-extendible period of 5 days,” SC spokesperson Brian Keith Hosaka said in a news conference.

Calida’s quo warranto petition asks the High Court to revoke ABS-CBN’s franchise based on 3 grounds: offering pay-per-view services without permit; using the franchise of a company it acquired without congressional approval; and ceding foreign control by issuing Philippine Depositary Receipts or PDRs.

Will coverage be restricted?

A gag order would restrict the parties from making public statements that discuss the merits of the case. Lawyers representing parties also face the threat of disbarment if they violate the gag order.

If so ordered by the court, a gag order would be tricky for ABS-CBN because its journalists have to report on the issue.

In a press statement, Calida cited as violations of sub judice ABS-CBN news items, including a video explainer of the technical terms in the quo warranto petition including PDRs.

“The statements uttered by Christian Esguerra in the video tend to influence public opinion and unfairly encourage the prejudgment of the instant case – that in the event that the petition will be granted, the Filipinos will experience a sense of unjust treatment as they would be deprived of their favorite shows in ABS-CBN,” said Calida.

Other news items which Calida said violated sub judice are: television reports airing the answers of ABS-CBN to the allegations, “commentaries,” as well as articles quoting various experts in the discussion of the issue.

Hosaka refused to comment on whether ABS-CBN’s coverage of the issue would be affected should the High Court issue the gag order.

Hosaka said congressional hearings would not be affected because lawmakers are not parties to the case. But when asked whether ABS-CBN’s representatives can still attend hearings, Hosaka said it would be “masalimuot (complicated).”

Last week, the High Court ordered ABS-CBN to submit its comment to the main petition within 10 days.

“A motion for a gag order is what it is. Just a motion,” Poe said in a statement on Tuesday.

“The Supreme Court will still have to decide on it under existing laws and all the cases it has decided before recognizing the jurisdiction of its co-equal branch,” she added.

Asserting the Senate’s constitutional mandate, Poe said in a media interview that they were working on holding the hearing earlier than the February 27 schedule.

She added, “For whatever authority the Senate can extend – we would like to offer that protection – but of course it does not prevent others from filing a case against them before our court system.”

Senator Panfilo Lacson, meanwhile, cautioned that resource persons to the congressional hearings, such as ABS-CBN and the parties to the quo warranto petition may be covered by the gag order, if the High Court decides to grant it.

“They may run the risk of being cited for contempt once they express their opinions, that might pose a clear and present danger in the administration of justice, by directly influencing the members of the Court in rendering their votes to resolve the pending petition for quo warranto,” Lacson said.

In the House of Representatives, Albay 1st District Representative Edcel Lagman slammed Calida’s move, as he noted that “gag orders are issued to guarantee fair trials and to enable the efficient administration of justice, not to curtail the freedom of expression and of the press or restrict the public’s access to information.”

“If Solicitor General Jose Calida did not gag himself from advocating and filing a quo warranto petition against ABS-CBN Corporation, why should he ask the Supreme Court to gag supporters and oppositors from expressing their views on the merits or demerits of his petition?” Lagman asked in a statement on Tuesday.

“After violating the freedom of the press by filing an unwarranted and misplaced quo warranto petition against the media giant, Calida is now transgressing the freedom of expression, both of which are constitutionally guaranteed rights,” he added. – With reports from Aika Rey/Rappler.com