Vico Sotto: Pasig schools will use ‘sablay’ instead of toga at graduations MANILA, Philippines – This year, graduates of Pasig’s public schools will march with the traditional sablay slung across their chests instead of the old toga, the city’s mayor Vico Sotto announced on Thursday, February 20.

With this, Pasig takes a step ahead of the Department of Education, which earlier said it is considering a switch to the sablay, similar to what the University of the Philippines has practiced at commencement exercises since 1990.

The sablay is a loose, woven garment worn diagonally on one shoulder then made to hang around the opposite hip like a sash or sari. It originated from indigenous Filipinos who used to wear them on important occasions.

The toga, meanwhile, is a long, flowing robe matched with a square-brimmed cap with a tassel – the western staple at graduation ceremonies.

(I have spoken with the public schools here in Pasig, and from the “toga,” we’re also going for the “sablay.”) 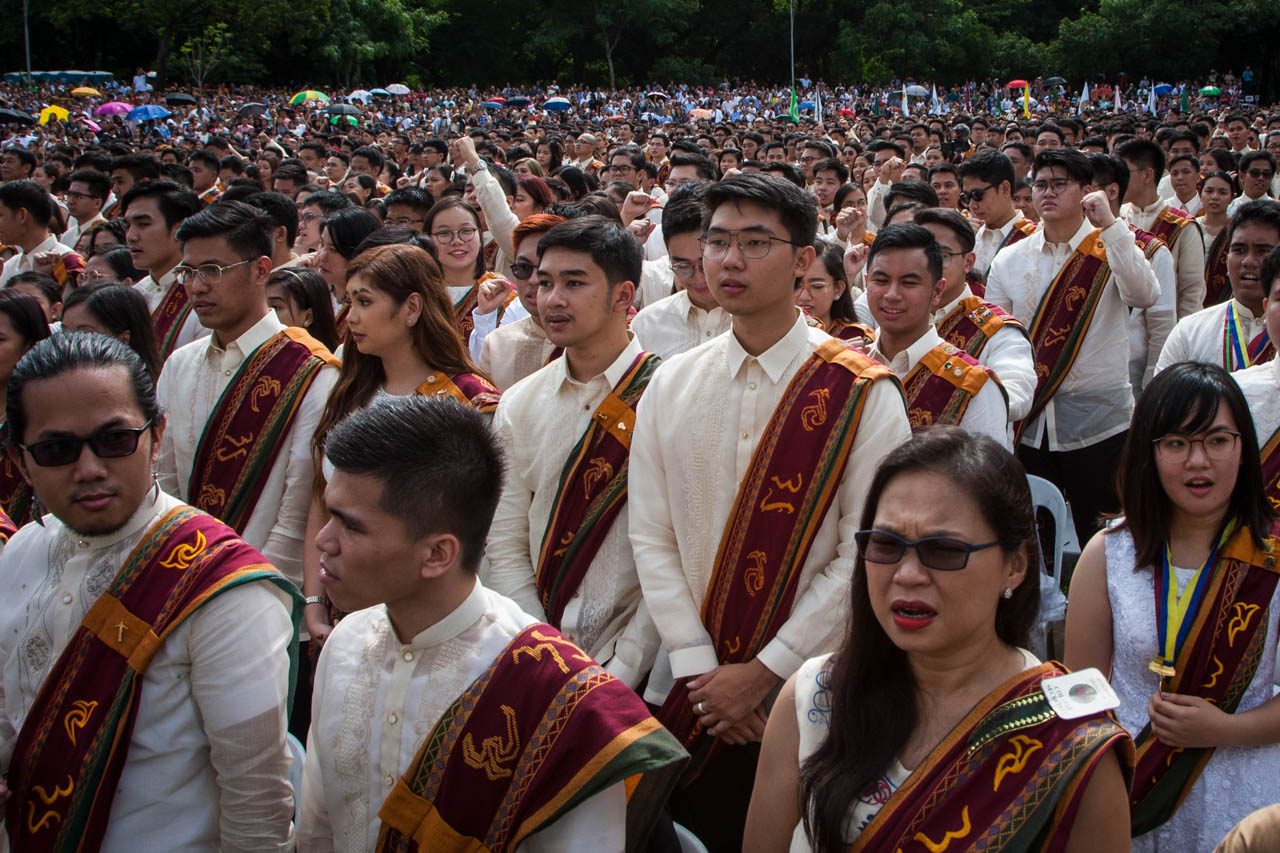 (Besides [the sablay] being more Filipino, local government units will end up spending just as much on them but the graduates will be able to take them after graduation!)

For the same price, one could only rent and not buy a toga, the mayor pointed out.

After renaming the city’s scholarship program to make it apolitical, he changed the system of evaluating scholars’ performance to encourage more educational activities instead of attendance at city hall events.

Last week, Sotto approved cash incentives for the city’s honor students: up to P1,500 for those in elementary, and up to P3,000 for high schoolers.

Sotto also urged students, especially those in college, to get involved in local government affairs, particularly in running the public school system. – Rappler.com