DOH: Repatriation of Filipinos on cruise ship moved to ‘early next week’ 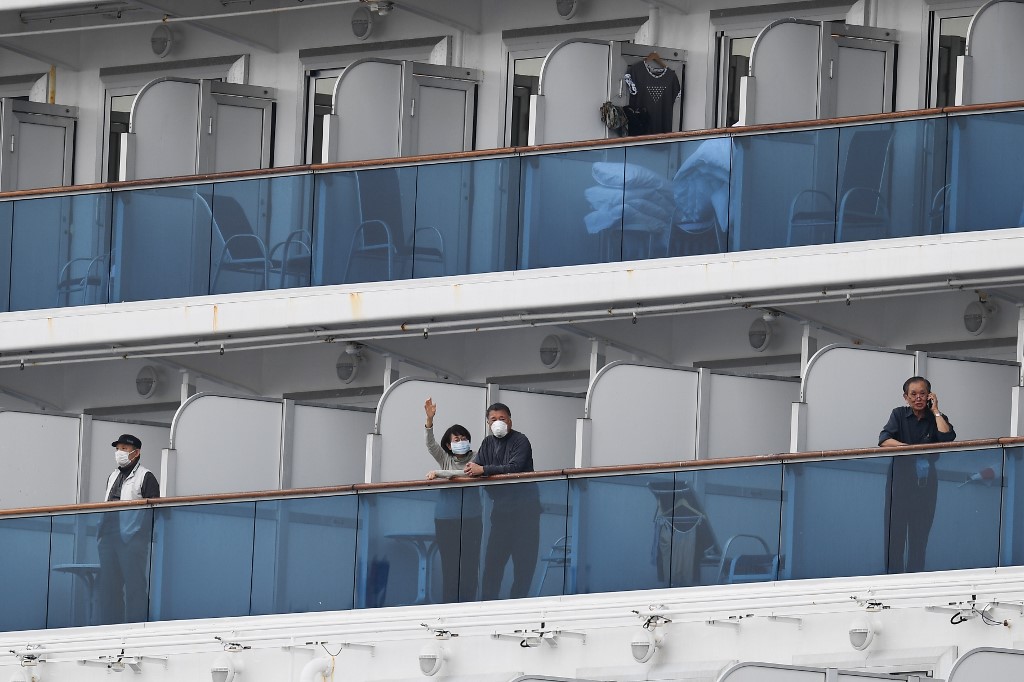 MANILA, Philippines – The repatriation of Filipinos on a cruise ship in Japan has been tentatively moved to “early next week” instead of Sunday, February 23, the Department of Health (DOH) announced.

The DOH said in a statement on Saturday, February 22, that the Inter-Agency Task Force on Emerging Infectious Disease (IATF-EID) “unanimously resolved” to move the homecoming date of over 400 Filipinos aboard the Diamond Princess cruise ship.

“This is to allow the Japanese health authorities to complete the laboratory testing of the 400-plus Filipino crew members aboard the ship and comply with established Japanese quarantine protocols,” the DOH said.

It added that the task force adjusted the schedule “out of an abundance of caution with a view to safeguarding the health and safety of our overseas Filipinos onboard the Diamond Princess cruise ship.”

“The Japanese government has ensured that appropriate health services are being provided to affected overseas Filipinos aboard the ship. Our Tokyo Embassy is working closely with the Japanese health and foreign ministry to complete the quarantine protocols for the Philippine Government to repatriate our Filipino crew members as soon as possible,” the DOH said.

The decision was made a day after two Australians evacuated from the cruise ship  tested positive for coronavirus on their return home, despite being cleared in Japan.

Foreign Secretary Teodoro Locsin Jr earlier ordered the immediate repatriation of the Filipinos aboard the ship on Wednesday, February 19. This was just hours hours after ship passengers who tested negative for COVID-19 – the name of the disease caused by the novel coronavirus (2019-nCoV) – following a 14-day quarantine were allowed to disembark.

About 460 to 480 Filipinos were aboard the ship, both passengers and crew members.

Health Secretary Francisco Duque III said in an earlier press conference that the repatriation was originally set for Tuesday, February 25, but the DFA moved it to Sunday, February 23, after the Japanese government announced they would close down the cruise ship.

Earlier reports said the 52 Filipinos infected with 2019-nCoV would not be included in the repatriation.

As of Friday, February 21, a total of 634 confirmed cases of COVID-19 was recorded on the Diamond Cruise ship, according to the World Health Organization (WHO). Two former passengers died.

Meanwhile, the DOH gave a clean bill of health to 30 Filipino repatriates from Wuhan, China, after a 14-day quarantine at the New Clark City in Tarlac.

The DOH said the 10-member Health Emergency Response Team (HERT) from the Department of Foreign Affairs (DFA) and the DOH, 6 flight crew members, and 3 ground crew operators involved in the Wuhan mission were also declared healthy and showed no signs and symptoms of COVID-19, the name of the disease from infection with nCoV-2019.

The 49 Filipinos were set to leave New Clark City on Saturday.

The Philippines has so far recorded 3 confirmed cases as of Friday noon, with one death and two recoveries. A total of 597 possible cases are currently under investigation. So far, there were no cases of local transmission. – Pauline Macaraeg/Rappler.com