Feb 25, 2020 7:26 PM PHT
JC Gotinga
Facebook Twitter Copy URL
Copied
The Department of Foreign Affairs says 10 of the 80 Filipinos have since recovered and were already discharged from hospitals 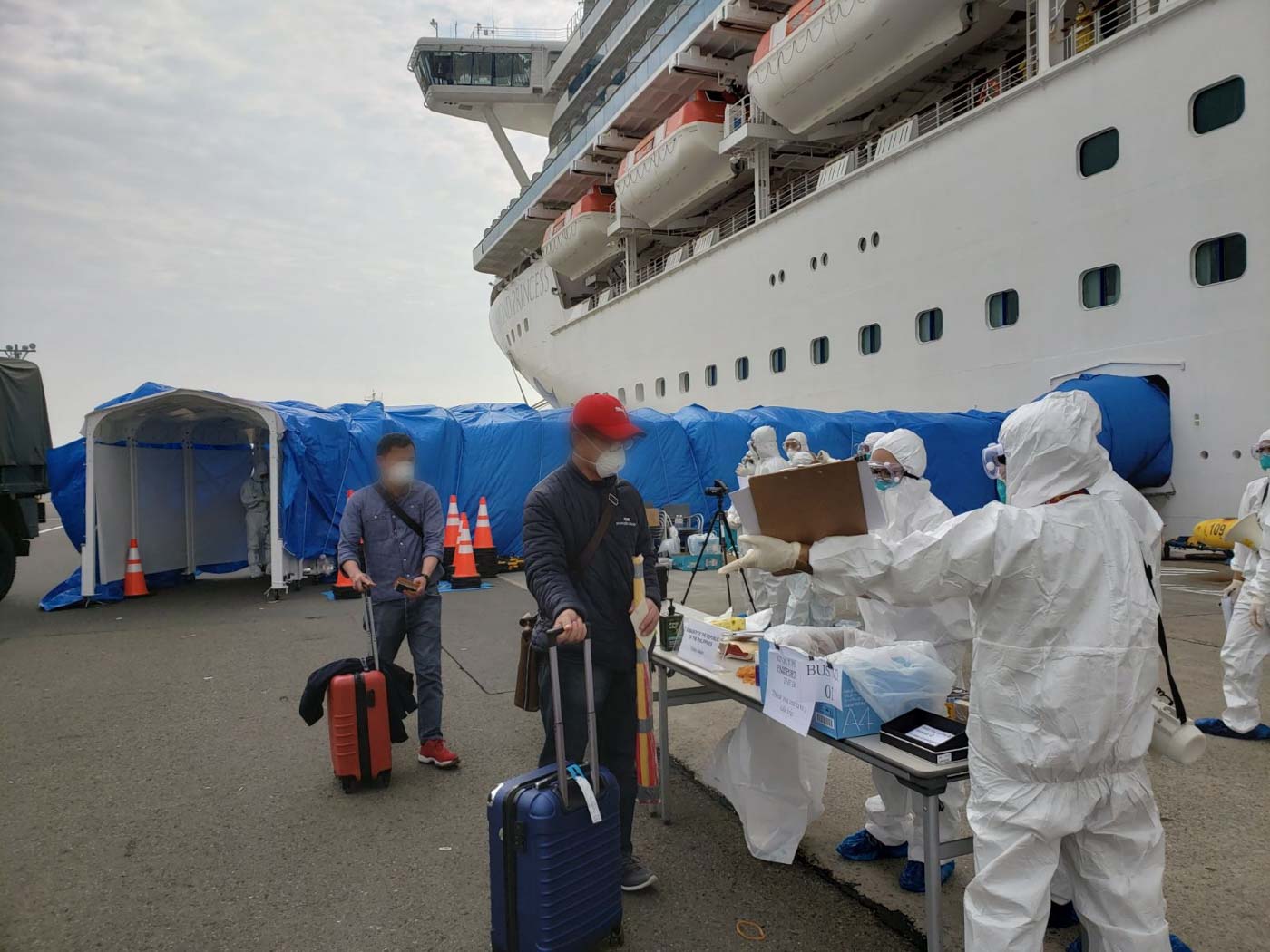 MANILA, Philippines – The number of Filipinos who caught the novel coronavirus while aboard the Diamond Princess cruise ship in Japan rose to 80 on Tuesday, February 25, as the Philippine government sent two planes to collect some 400 of its citizens who have disembarked from the quarantined vessel.

This means 21 new cases were diagnosed aside from the 59 reported on Monday, February 24.

Of the 80 patients, 10 have recovered and have been discharged “with a clean bill of health,” Department of Foreign Affairs (DFA) Undersecretary for Civilian and Consular Concerns Brigido Dulay said in a tweet on Tuesday. (READ: PH coronavirus watch: Suspected cases per region, as of February 25, 2020)

The Diamond Princess had been on quarantine since February 4 at the port of Yokohama near Tokyo following an outbreak of the novel coronavirus among the ship’s crew and passengers.

There were a total of 3,700 people on the ship, including 531 Filipino crew members and 7 Filipino passengers. 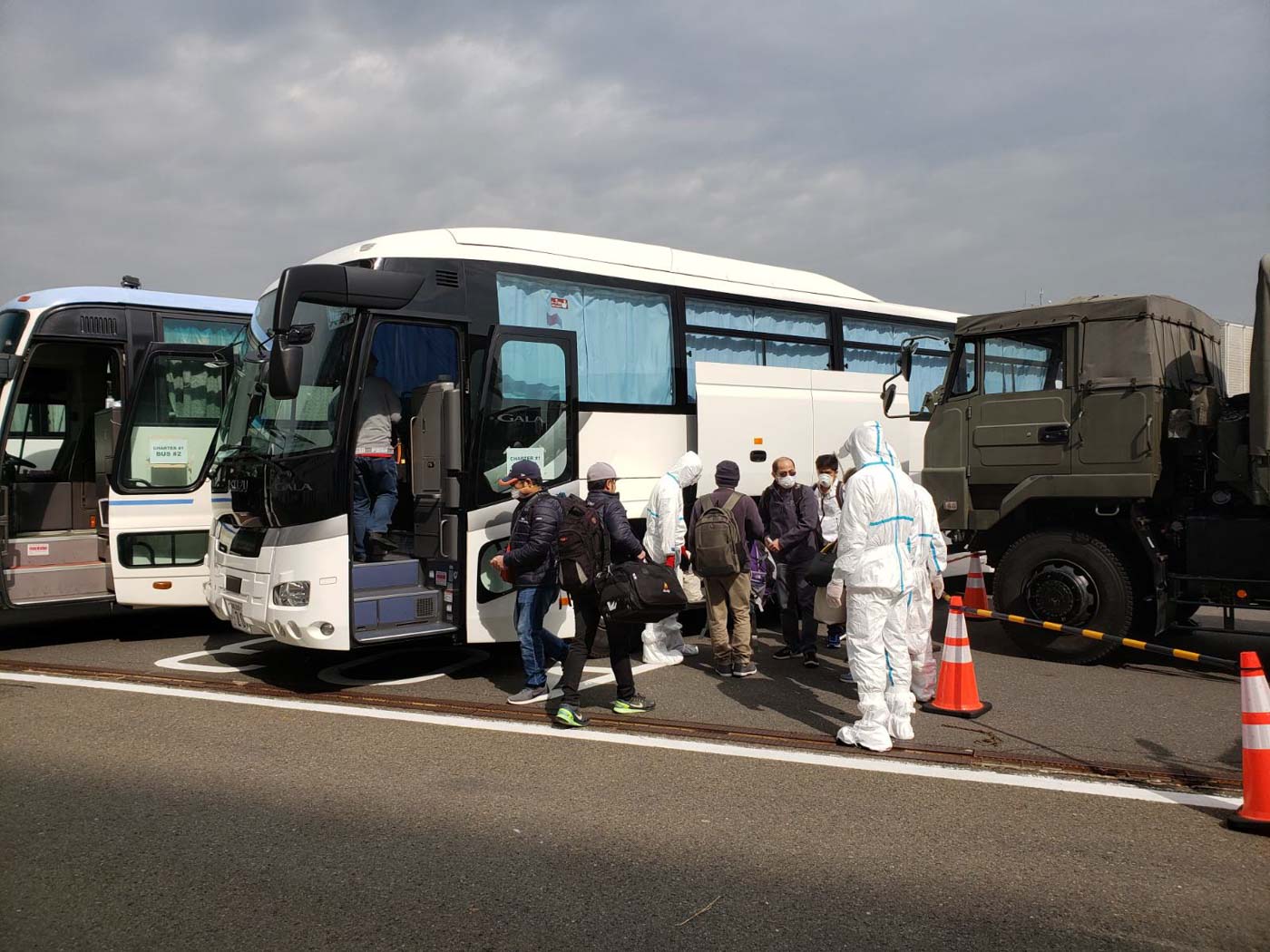 The Filipino crew members and passengers were tested for the virus. Those who tested negative – more than 400 – were cleared for repatriation, which also began on Tuesday.

The Philippine government chartered two commercial planes to collect the virus-free Filipinos. They were screened upon disembarking from the vessel and before boarding the planes.

The repatriates were assisted by teams from the DFA and the Department of Health, as well as Japanese officials and troops. 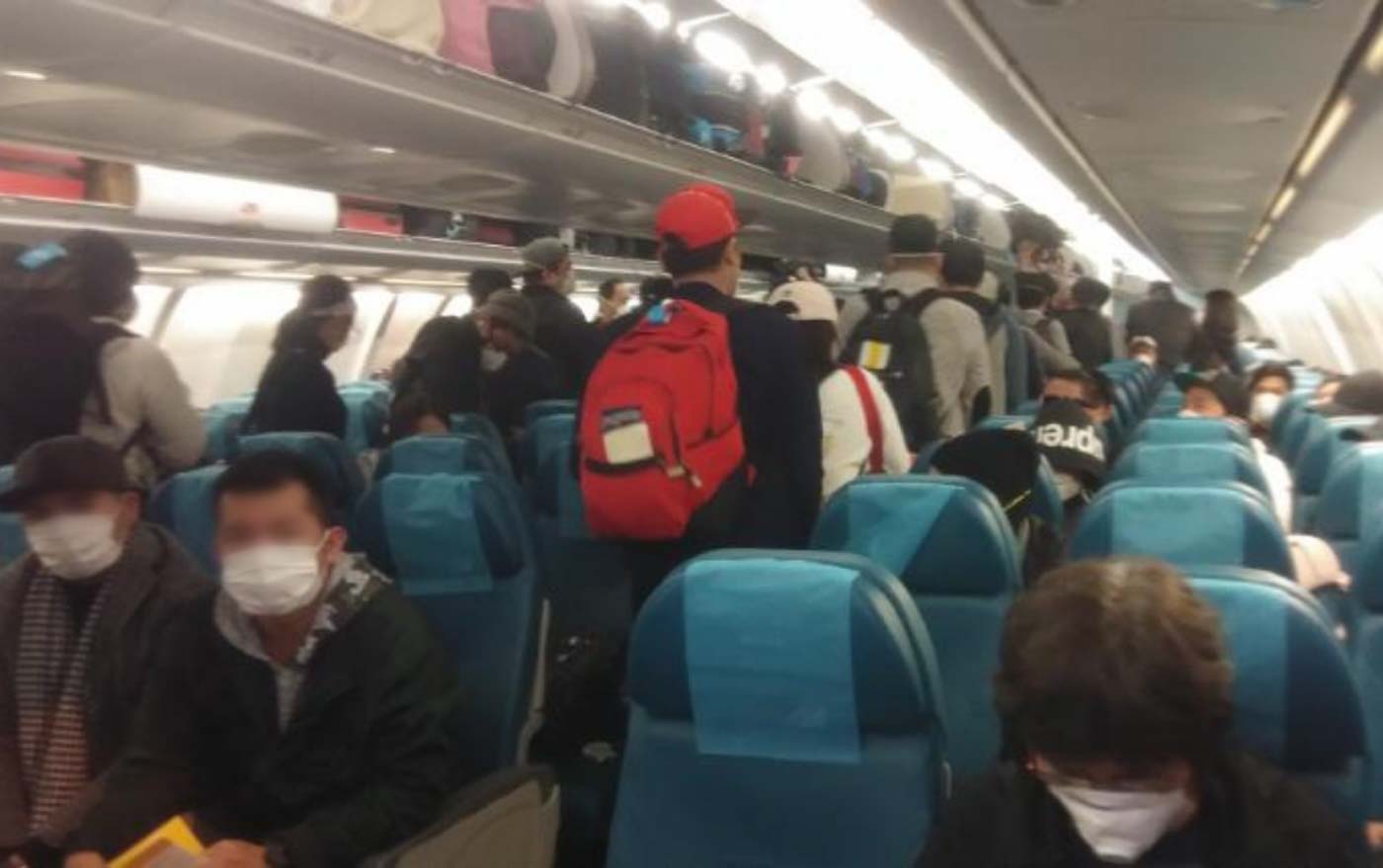 The first plane left the Ninoy Aquino International Airport (NAIA) at around 10:30 am for Tokyo’s Haneda Airport, and is expected to arrive back in the Philippines with the first batch of repatriates at the Clark International Airport before 9 pm, still on Tuesday. A total of 311 Filipinos from the ship were on this flight, along with 2 DFA officials and 4 from the DOH.

The second flight left NAIA for Haneda at around 12:20 pm, and is expected to arrive with the second batch of repatriates in Clark at around 10:40 pm. Some 140 Filipino crew members from the ship are expected to be on this flight.

Upon arrival, repatriates will be transported to the Athletes’ Village in New Clark City in Capas, Tarlac, where they will be quarantined for 14 days.

So far, the virus has killed 2,663 and infected more than 77,000 people in China. Cases have been recorded in more than two dozen countries. In the Philippines, health officials have probed 610 patients for the disease. Three Chinese tourists tested positive, of whom one died on February 1. There have been no other confirmed infections in the Philippines besides them. – Rappler.com