Duterte to offer ‘millions’ as prize in next military drill contest 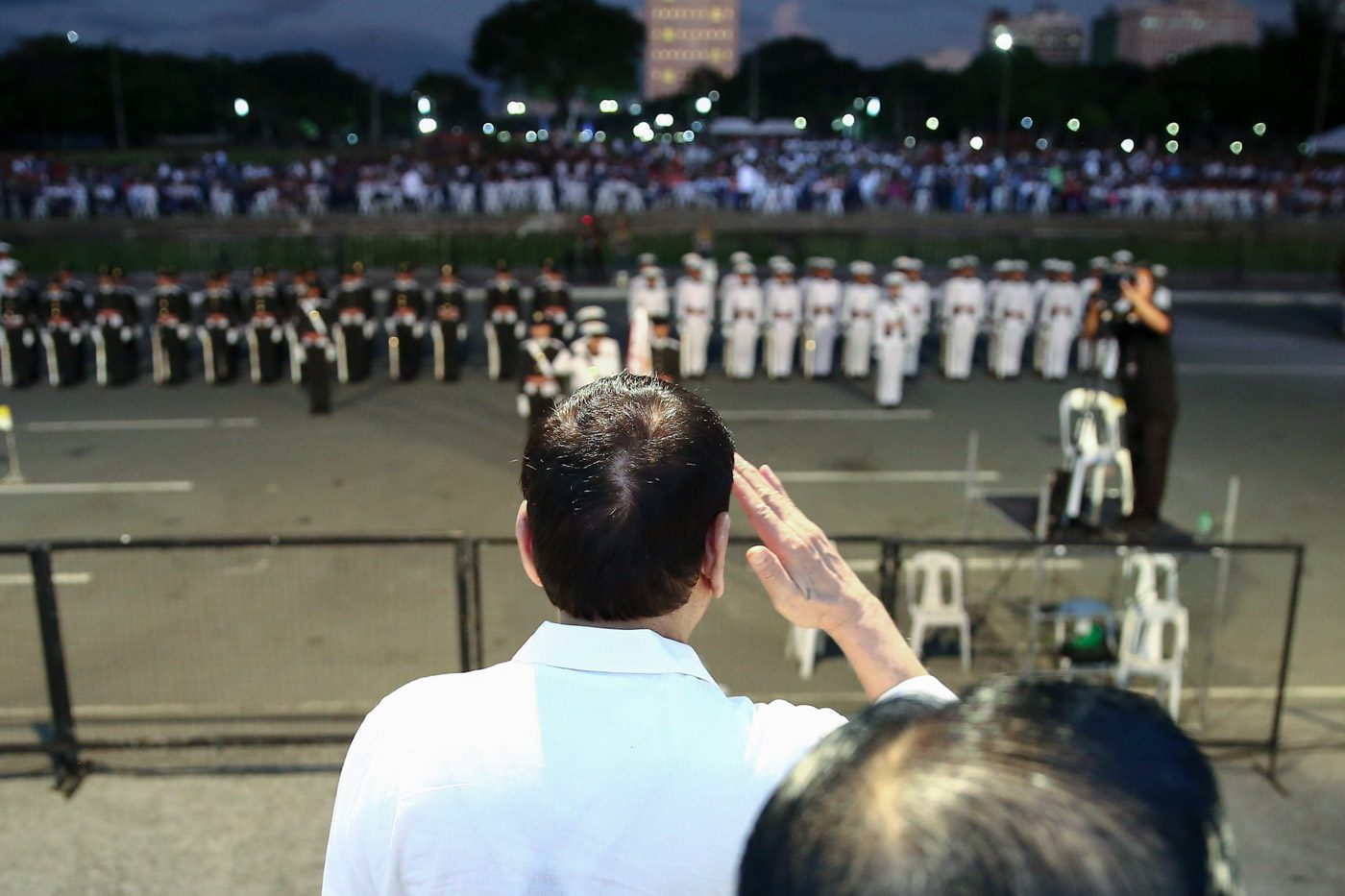 Facebook Twitter Copy URL
Copied
The President reiterates an order for daily military drills in public, which he says will give people a sense of security and pride

MANILA, Philippines – President Rodrigo Duterte said he will raise the stakes in the next military drill competition – to the tune of millions – as he repeated telling the uniformed services to hold daily drills in public to give people “a sense of security.”

“I want the people to see soldiers and policemen doing the drill every day…. It gives people a sense of security and proud (sic) to see the uniformity in the cadence when military drills do it,” Duterte told the military top brass and Defense Secretary Delfin Lorenzana during the change of command ceremony for the new Presidential Security Group (PSG) commander at Malacañang Park on Tuesday, February 25.

“Not really be a copycat, but you have been to China and you have seen the drill that the military shows off to the people every day,” Duterte added, describing where he got the idea for the Presidential Silent Drill Competition that he launched last December.

For the next round of contests, Duterte said he would raise the prize to P1 million, or even up to P3 million.

To fund his idea, Duterte said he would turn to his “many friends who are wealthy” and classmates “who have really made it.”

On December 20, 2019, cadets from different schools of the police and military showed off in military-style exercises in the first ever Presidential Silent Drill Competition at the Quirino Grandstand in Manila.

During the event, Duterte ordered the Armed Forces of the Philippines (AFP) to start performing such drills daily in honor of national hero Jose Rizal, in whose honor a monument towers at Luneta in Manila.

The following day, the AFP said it would comply with the order and figure out a rotation scheme among its units. As of Tuesday, however, the daily drills had yet to materialize.

Duterte had skipped commemorative ceremonies for the 34th anniversary of the EDSA People Power Revolution on Tuesday.

Present at the change of ceremony in Malacañang was Senator Imee Marcos, daughter of the late dictator Ferdinand Marcos who was ousted by the uprising in 1986.