Hope for VFA? ‘Door is not totally shut,’ says PH envoy to US 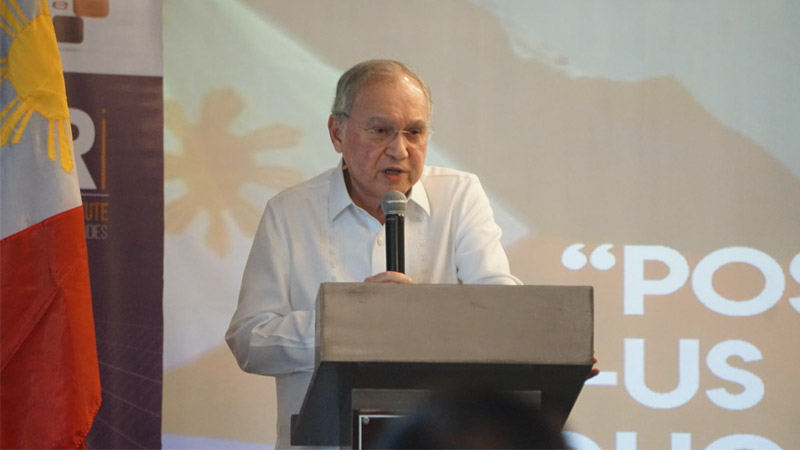 MANILA, Philippines – The Philippine Ambassador to the US said there might be hope to keep the Visiting Forces Agreement (VFA) of both countries as they continue to discuss the future of their relationship.

“From what I’m told, the door is not totally shut,” said Ambassador Jose Manuel “Babe” Romualdez on Friday, February 28, in a forum on PH-US alliance in Makati .”Let’s see where it (VFA) can be polished,” he said.

The Philippines sent on February 11 a notice to the US that it is terminating the VFA. It is effective after 180 days. US Defense Secretary Mark Esper said it was the “wrong direction,” but US President Donald Trump welcomed it, saying it would save US some money.

Romualdez said talks are ongoing to “come up with something.” If it isn’t to keep VFA, it is to have similar agreements with other countries like Japan, he explained.

Romualdez said these options will be presented to Duterte.

Romualdez said government is also considering asking US officials to come over to the country to discuss these issues. Duterte has rejected a US invitation to attend a summit there.

“We cannot ignore a country like the US. At the end  of the day, the US is a major country. No one can ignore the US, including China,” he said.

“Having that in mind, VFA is not the end all and be all of our relationship with the US,” he said.

The Philippines has made repeated calls to review VFA in the past, following controversies over its implementation, but the US appeared to show no interest.

“The bottomline is sovereignty,” he said. “I’m confident that our relationship with the US will continue,” the enyoy added.

Romualdez conceded the Philippine military will lose critical assistance from the US if VFA is terminated. He cited the presence of US special forces in the Mindanao to help fight radical extremism.

Romualdez hinted that Duterte’s move was a response to calls from US senators’ support for detained opposition Senator Leila De Lima. He said he also warned the senators of “consequences” if they pushed it.

“That is why we are where we are,” Romualdez said. – Rappler.com