DILG files charges vs 2 mayors for failing to clear roads

Feb 28, 2020 6:56 PM PHT
Rappler.com
Facebook Twitter Copy URL
Copied
The latest to be charged are the mayors of Boliney, Abra and Motiong, Samar 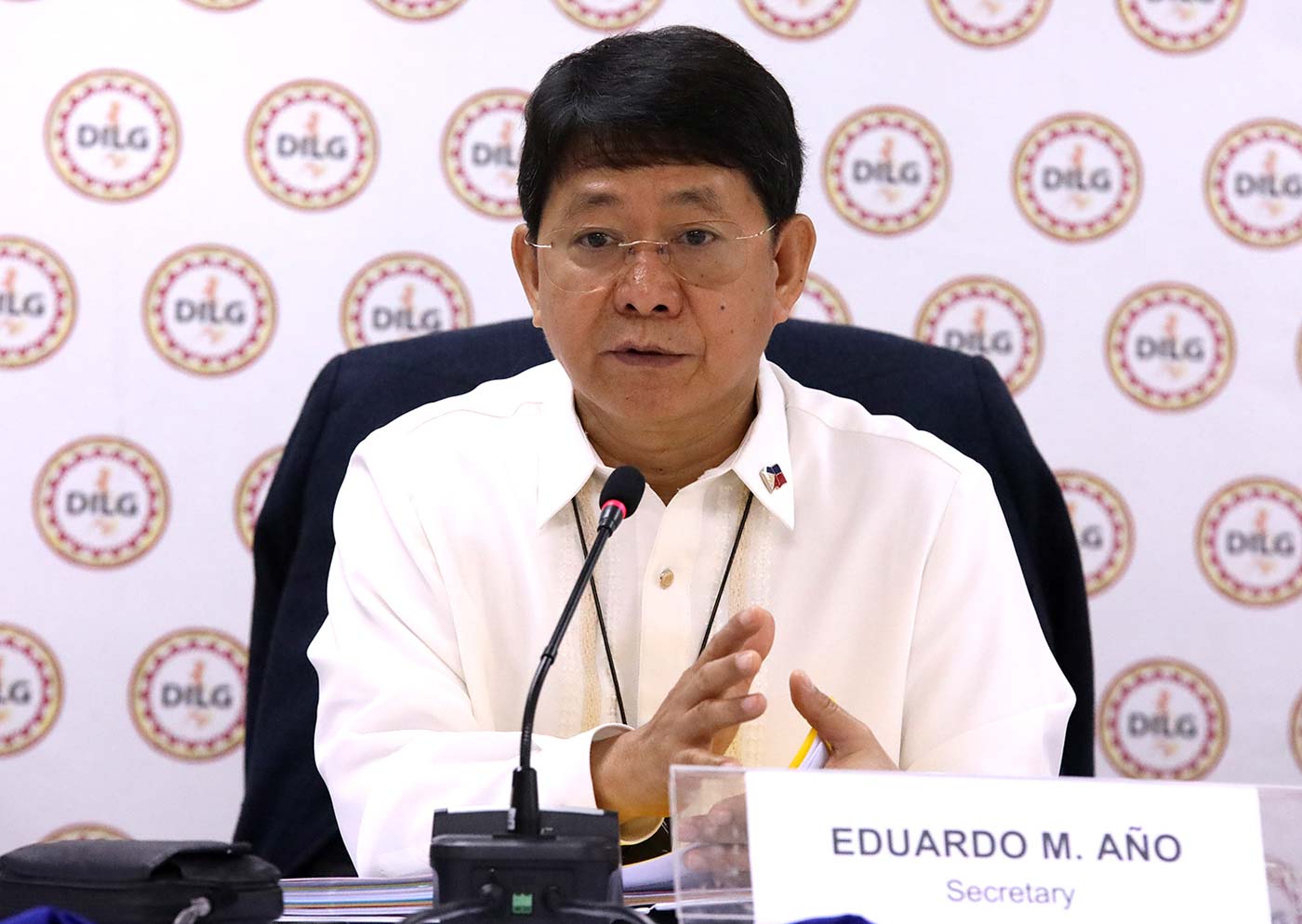 MANILA, Philippine – The Department of the Interior and Local Government (DILG) said Friday, February 28, it filed administrative charges against two municipal mayors for violating President Rodrigo Duterte’s order to clear roads of illegal obstructions and return the use of major roads and highways to the public.

A statement from the DILG said the newest batch of town executives to be charged are Boliney, Abra mayor Benido L. Balao-as and Motiong, Samar mayor Renato T. Cabael.

Boliney, the DILG team said, did not submit an inventory of the provincial, municipal and barangay roads in its area. Also, the team found extended canopies as obstructions in an identified provincial road.

“We meant it when we said that cases will be filed against negligent local execs. Unless local chief executives get their acts together and take the President’s instructions to clear roads seriously, they will be held accountable and face charges,” said DILG Secretary Secretary Eduardo Año.

Año said that this was the second batch of cases filed before the Office of the Ombudsman. The two local chief executives were among those who obtained the lowest scores in the validation and assessment conducted by the DILG.

Both towns also failed to produce rehabilitation and sustainability plans nor set up a grievance and feedback mechanism on clearing of road obstructions.

“The municipalities of Motiong and Boliney obtained a total score of not more than 50 points in the indicators set by the DILG. Such score translated to their glaring failure to follow the rule of law that public streets are for public use,” said Año.

In October last year, the DILG issued show cause orders to 97 LGUs across the country demanding their explanation for their non-compliance with the DILG’s directive.

“The 12 LGUs registered the lowest validation scores in the stringent nationwide evaluation and monitoring by the DILG despite our giving them enough time and fair warning,” Año said.

In his last State of the Nation Address, the President ordered the DILG to clear the roads and and suspend non-compliant local chief executives (LCEs).  The DILG released Memorandum Circular 2019-121 ordering LCEs to use all their powers under the law to reclaim public roads being used for private ends.

DILG Undersecretary and Spokesperson Jonathan Malaya said that the road clearing operations would continue as the DILG recently gave a 75-calendar-day deadline to clear not just national primary and secondary roads, but now includes local roads.

Road Clearing 2.0, which commenced on February 17, 2020 mandates the Punong Barangays to also be at the helm of clearing local and barangay roads and minor public-use streets within their area of jurisdiction including the maintenance of other local roads turned over by the city or municipal government.

Starting February 17, the DILG ordered the removal of the following: road obstructions such as vehicles parked in prohibited places specified in RA 4136 or the Land Transportation and Traffic Code, or in sidewalks, paths, or alleys; vehicular terminals except in areas allowed by the LGU; vending sites of any kind of items; house encroachments that obstruct the road right-of-way, protruding gates, tents, among others; and store encroachments and indiscriminate signages and advertisements.