19 tourists from virus-hit Korean city under quarantine in Cebu 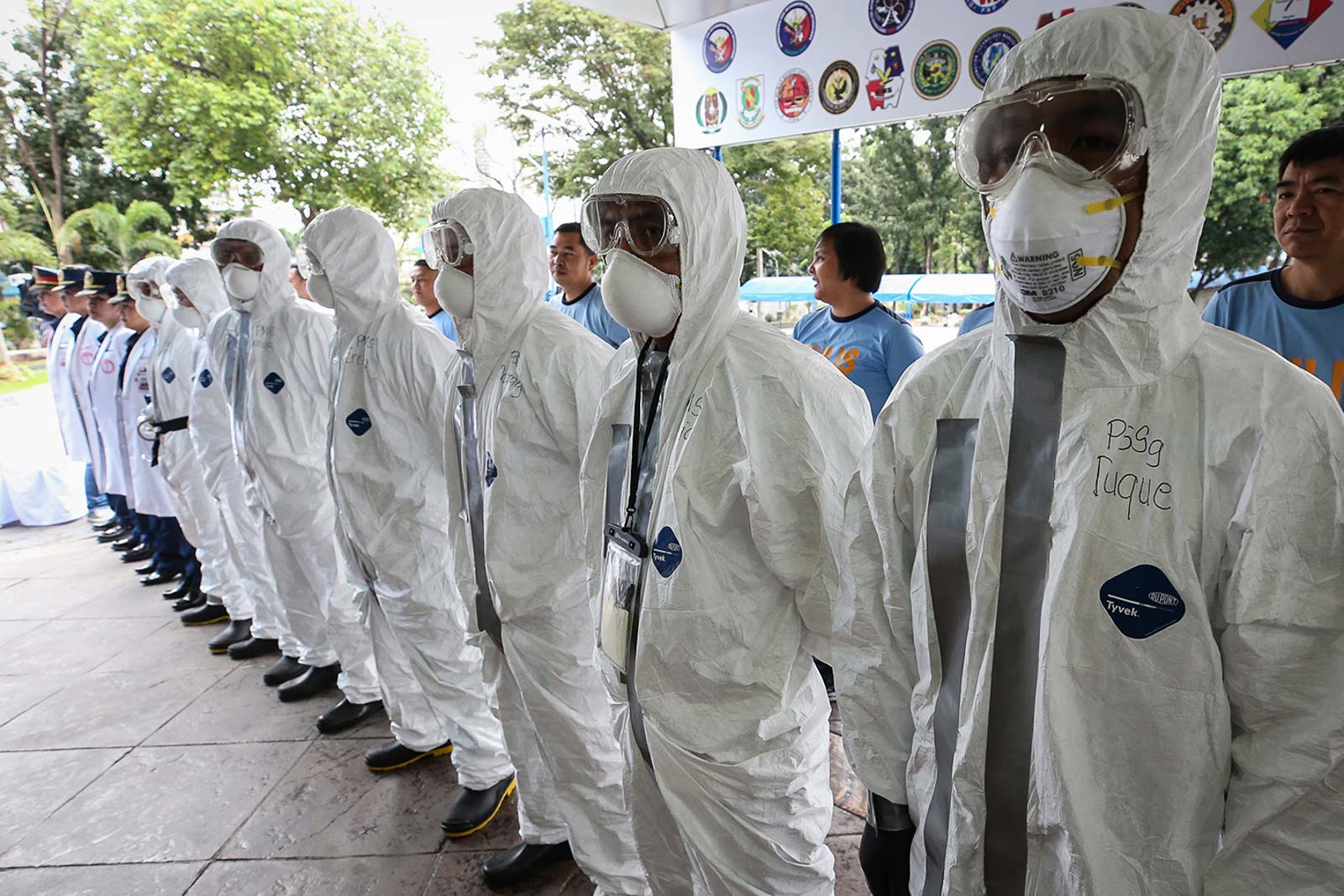 CEBU CITY, Philippines – Of the 26 Koreans who came to Cebu from the coronavirus-hit Daegu City in South Korea, 19 are already under quarantine, while 7 others are being tracked.

Cebu province’s novel coronavirus task force said in a press conference on Friday, February 28, that they were working with the Korean Consulate and the Philippine National Police (PNP) to locate the tourists to be placed under quarantine. (READ: ‘Smelly blankets, no water’: 25 quarantined for coronavirus in Cebu go home)

The passengers came to Cebu on a direct flight from Daegu on Tuesday, February 25, a day before the travel ban was imposed by the national government.

“We are calling on the PNP to assist in locating these 7. We have their identities, the airport authorities have the telephone numbers, and the DOH (Department of Health) is also coordinating with the vice consul of Korea in order to locate the 7,” Cebu Governor Gwendolyn Garcia said.

Central Visayas’ Department of Health (DOH) Regional Director Jaime Bernadas said they would also need to track where the persons from Daegu have been in the country so far.

“This should be a warning. With the help of the GMR (Cebu airport management), we shall be revising the health declaration forms for all international arrivals as well as domestic arrivals,” Garcia said.

She said that in addition to the fine, she wants prison time as well for health card misrepresentation.

The 19 Koreans already tracked by the local government are currently under quarantine in their hotel rooms.

According to the task force, they are being monitored by the Philippine National Police, barangay tanods, hotel management, and DOH personnel.   The persons being monitored were also given the option to return to Daegu instead of completing the quarantine period.

So far, the 19 are asymptomatic. Once they start showing symptoms, they will immediately be sent to a hospital.

Garcia also signed a new executive order implementing a 14-day quarantine for Philippine citizens and visa holders who have been to Daegu or North Gyeongsang province in South Korea.   This is in addition to the existing mandatory quarantine on passengers from mainland China and its special administrative regions.

The novel coronavirus that originated from Wuhan, China, has so far killed over 2,800 and sickened over 83,700 people across the country and worldwide. The World Health Organization already declared an international emergency over the virus.

As of Friday, the Philippines has recorded 3 confirmed cases of the novel coronavirus, all of them Chinese. One died, while the other two recovered.

The DOH has also probed 621 patients in the Philippines for possible infection, 62 of whom were from Central Visayas. Of the 621, only 30 remain admitted to heath facilities nationwide, while 588 have been discharged. – Rappler.com