At least 4 killed in clashes with suspected NPA members in Bohol, Negros 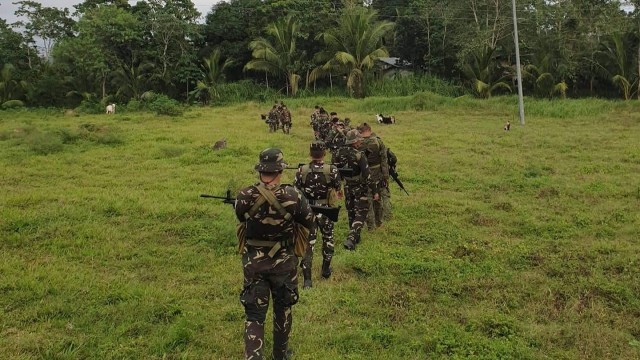 CEBU CITY, Philippines – At least 4 people were killed in clashes with suspected members of the New People’s Army over the weekend.

On Saturday, February 29, the 47th Infantry Batallion in Bohol clashed with at least 15 suspected NPA members in Bilar town. That clash lasted for about 30 minutes, resulting in the death of two of the suspected members and Private First Class Jerald T. Villanueva of the Philippine Army.

Recovered from the encounter were two .38 caliber pistols, a magnum .357 revolver, ammunition, and propaganda material.

According to Central Command, this is only the third armed encounter with the NPA in Bohol since they declared it “insurgency free” in 2010.

This is not including the 2017 clash with suspected Abu Sayyaf members in Inabanga town last 2017 where at least 10 people were killed. (READ: 10 killed as gov’t forces foil Abu Sayyaf attack in Bohol)

The province was once a stronghold of the communist front. (READ: Duterte in Bohol: I’m leftist, I wouldn’t kill NPA members)

Two suspected NPA members were killed in this encounter, according to a statement from the 303rd Infantry Batallion.

The clash in Negros Oriental is the latest of several after the government ordered an increased military presence on the island in an effort to intensify operations against armed communist groups on the island.

On February 25, police arrested 3 more suspects in the July ambush of 4 police officers that happened in Ayungon town, Negros Oriental.

That killing set off intensified anti-insurgency operations coupled with a spike in riding-in-tandem killings on Negros Island. Guihulngan City was also where many of those killing took place shortly after the ambush on police officers. – Rappler.com