Greenhills hostage taker refused P1M: ‘He needed to be heard’ 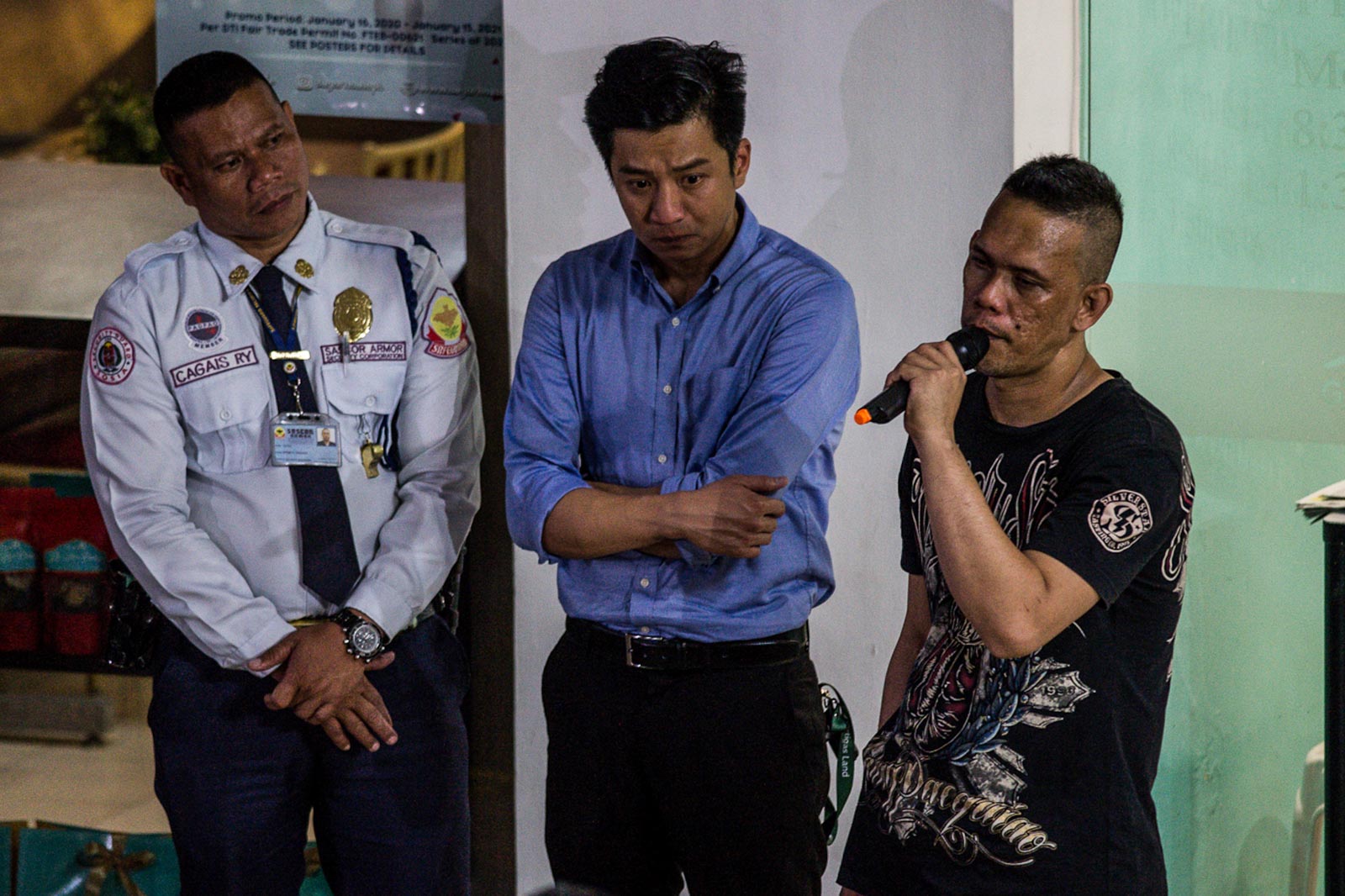 MANILA, Philippines – Alchie Paray, the sacked security guard who held 55 people hostage in the Greenhills Shopping Center Monday, March 2, refused a settlement money of P1 million offered to him during the crisis by his former employers who angered him.

According to San Juan Mayor Francis Zamora, all Paray wanted was to be heard.

“Hindi niya tinanggap kasi hindi pera ang kailangan niya eh. Ang kailangan niya marinig lang yung hinaing (He did not accept it because he did not need money. He needed to be heard),” Zamora said on Tuesday, March 3, in a press briefing about the incident.

Zamora was part of the negotiating team which talked to Paray. The agitated security gaurd went on a rampage because of alleged unfair labor practices under his bosses at the Greenhills Shopping Center and the Safeguard Armor Security Corporation (SASCOR) security agency.

Paray also accused his bosses of tolerating corruption in the shopping hot spot. He said guards routinely accepted bribe money from tenants in exchange for lax enforcement of the establishment’s rules.

“He needed attention and [an] outlet. That’s not difficult to give to save lives,” said Major General Debold Sinas in the same press conference.

Aside from speaking with fellow guards at Greenhills and forcing his bosses to apologize and resign, Paray demanded to speak with the media. This was granted after his surrender at past 8 pm on Monday, when he was allowed to speak for around 20 minutes before being tackled and arrested by cops.

Zamora  earlier said that San Juan would probe the alleged “corrupt practices“, and said that he would request management of the Greenhills Shopping Center for a “total overhaul” of their security system. – Rappler.com