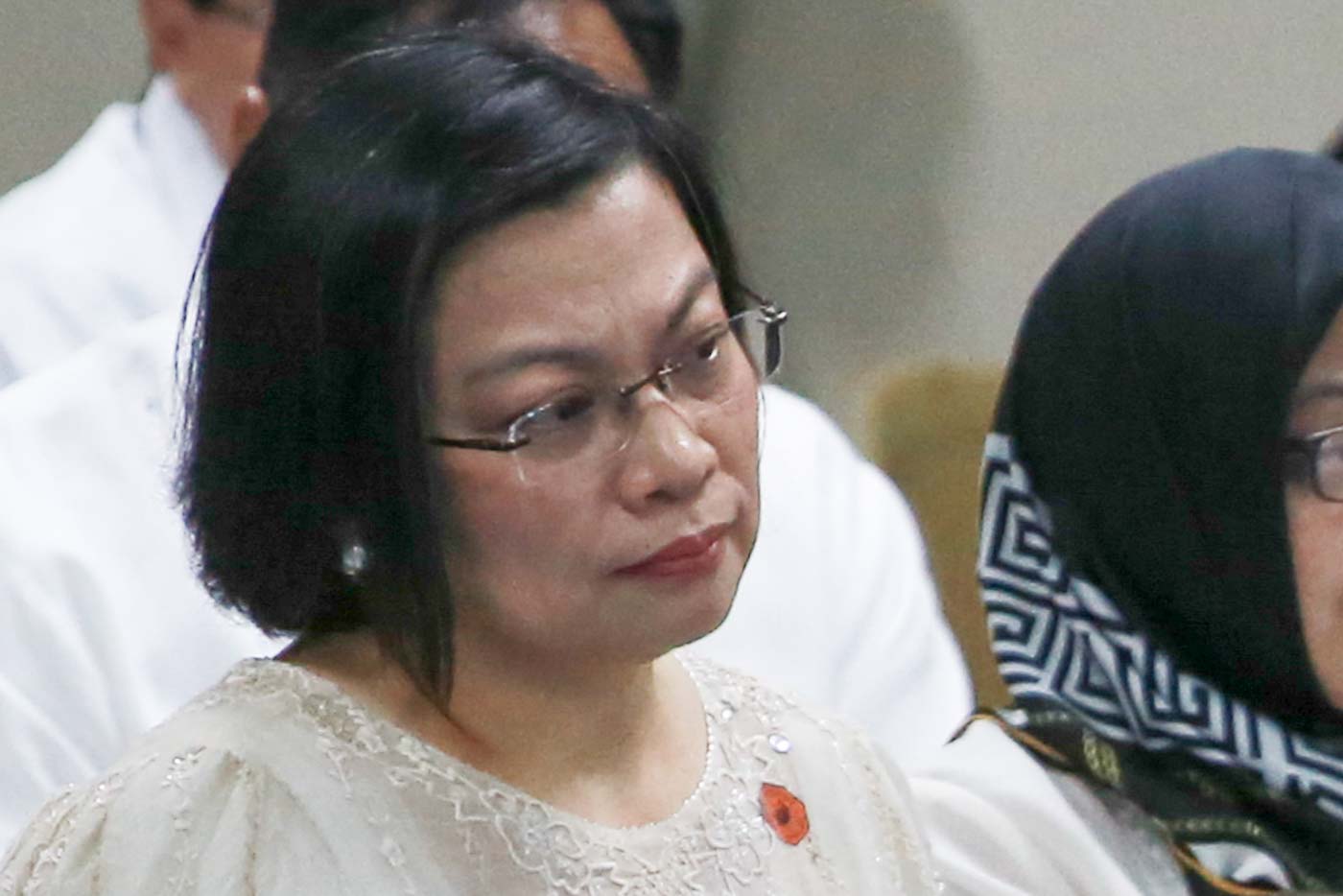 MANILA, Philippines – The powerful Commission on Appointments (CA) on Wednesday, March 4, deferred the appointment of Millicent Cruz Paredes, the Philippine ambassador to the Kingdom of Thailand.

Paredes’ appointment was the only one deferred by the CA committee on foreign affairs on Wednesday. The CA plenary confirmed the ad interim appointment of Philippine Air Force commander Lieutenant General Allen Paredes, along with 4 other generals and 24 foreign affairs officials.

Lawmakers at the CA committee on foreign affairs pointed out that Paredes was appointed to two posts:

Senator Panfilo Lacson, the CA panel chair, said that confirming her appointment as Philippine ambassador to Thailand would “in effect demote her.”

San Juan Representative Ronaldo Zamora said that he has no questions about Paredes’ qualifications as she is “completely qualified” but that he would “want to know what rank she is being appointed to.”

The CA panel decided to defer her confirmation, pending clarification on her appointment.

The ad interim appointments of 5 foreign affairs officials and 5 military generals were confirmed by the powerful body on Wednesday, apart from 19 foreign service officers: