Robredo: ‘Empower one woman and she will raise others with her’ 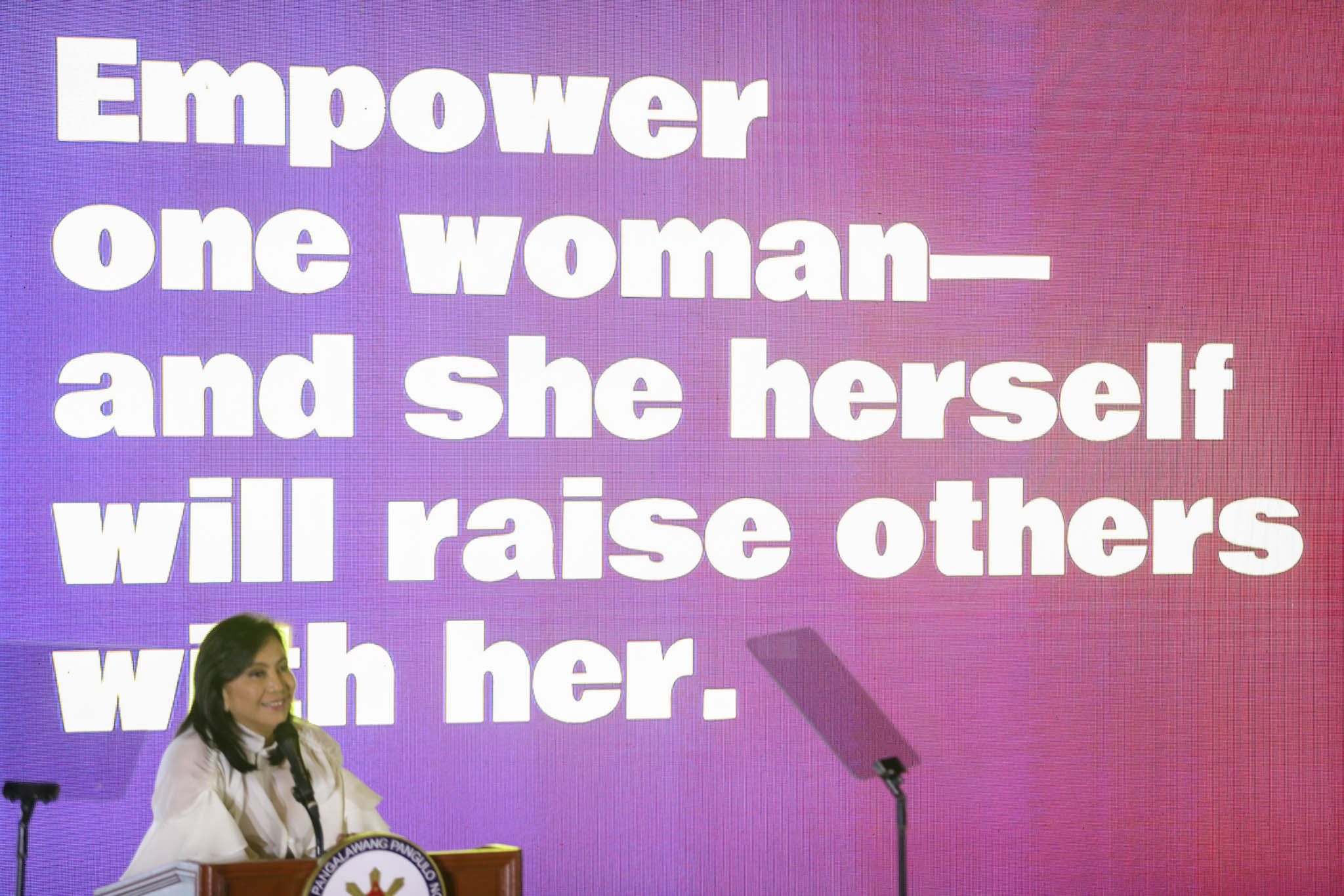 MANILA, Philippines – As the world celebrates Women’s Month, Vice President Leni Robredo reminded Filipinas that the best way for women to break through the glass ceiling today is to do so together.

This was the message of Robredo, a longtime women’s empowerment advocate, in her keynote speech during the “#Women2020 – Women in the Next Decade” forum held at the SM Aura Premier’s Samsung Hall in Taguig City on Thursday, March 5.

“This is our vision: Women rising together, pulling together up, chipping away at barriers together, changing conversations, sparking new fires of hope and courage and resolve within each other, and freeing each other in every aspect possible,” she added.

Robredo dedicated the first part of her speech to her late mother Salvacion “Sally” Gerona, whom she described as her hero ever since she was a child. Gerona, 83, died on February 22. (READ: Robredo’s mother, Sally Gerona, laid to rest)

The Vice President made the audience laugh when she shared the times her mother would text her to scold her for not brushing her hair or putting powder on her face during media interviews. Despite this, Robredo said Sally taught her that to “truly be a woman, one has to be more than her looks.”

“In this, she was ahead of her time. She valued her independence, something she would teach us growing up – to never stop working even after we got married, to be able to hold our own and never depend on our partners for support,” Robredo said.

The way her mother raised them, added the Vice President, taught her big lessons.

“We laid my mom to rest a few days ago. The most important thing I learned from her, I learned watching her as she raised us: To be empowered and always empowering, to put our best foot forward the way she did her entire life, to do good and be a little better each day in everything that we do,” Robredo said.

The Vice President, a pro-bono women’s rights lawyer before entering politics, expressed hope that other women would help each other up, much like what her own mother did for her. (READ: Robredo urges women: Be fearless in fighting for what is right)

“Today is an opportunity to celebrate them and their stories, to draw inspiration from them, and to affirm the truth: The only way to be strong as women is to be strong together,” Robredo said.

“When we pull each other up, when we lend each other our strength, when we each realize that it takes every one of us to hammer away at the ceiling so it may finally crash, that is when we truly succeed.” – Rappler.com