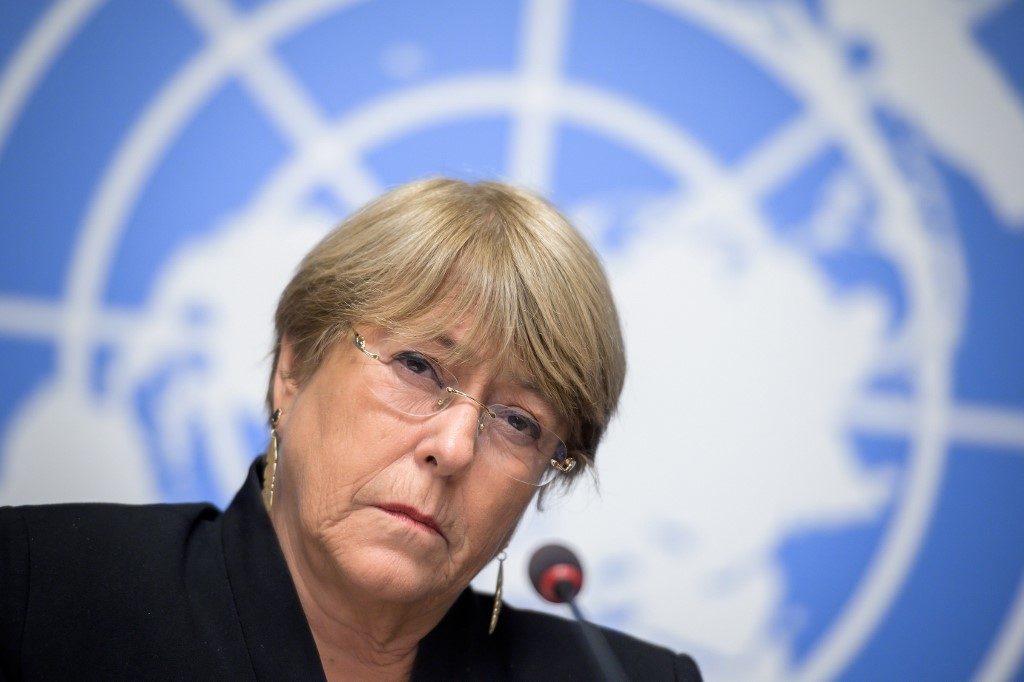 Facebook Twitter Copy URL
Copied
In Geneva, groups highlight the killings of 48 lawyers in the Philippines under the Duterte administration, as the United Nations Human Rights Council prepares to release a report on the country

MANILA, Philippines – The rising number of lawyers killed in the Philippines since President Rodrigo Duterte assumed office on June 30, 2016, has added another pressure point for his administration in the international scrutiny of human rights violations under his watch.

At the 43rd session of the United Nations Human Rights Council (UNHRC) in Geneva, groups highlighted the killings of 48 lawyers since the start of the Duterte presidency, 10 of whom were prosecutors and 7 were judges.

“These undermine the work of lawyers, deny access to justice, and threaten the justice system itself. We call on all UN members states to closely monitor the human rights situation in the Philippines,” said Filipino lawyer Edre Olalia, transitional president of the International Association of Democratic Lawyers (IADL), during the UNHRC general debate on Friday, March 6.

Olalia said the killings of lawyers only escalated the human rights situation in the Philippines.

“Lawyers are supposed to be instruments of justice. If you kill or make their work impossible, who will trust the system?” said Olalia.

The International Bar Association also mentioned the killings of Filipino lawyers in its remarks.

“We call on the human rights council to urge states to respect the independence of the legal profession and the corresponding immunities and guarantees that lawyers shall not be identified with their clients,” said IBA’s Helene Barssard Ramos.

UNHRC chief Michelle Bachelet was listening to the speeches. In June, Bachelet will release a comprehensive report on the human rights situation in the Philippines.

The comprehensive report was the decision of 18 – the majority – of the 47 members countries to adopt Iceland’s resolution to ask Bachelet to compile and release a report.

This triggered diplomatic tensions between the Philippine government and the countries that voted in favor of the report. (READ: Duterte slams Iceland anew: ‘I hope you freeze in time’)

Malacañang even ordered a suspension of talks on loans and grants from countries that voted for the Iceland resolution.

This posturing comes amid the awaited decision of the International Criminal Court (ICC) to either move forward in an investigation into Duterte and the Philippines, or to terminate the probe after preliminary examination.

“[We are] not consciously [sending signals] but we are keenly aware of relationship and relevance of the ICC case,” said Olalia.

Duterte and several other executives of his administration have been accused of committing crimes against humanity over the alleged killings by the so-called Davao Death Squad (DDS) when the president was still mayor, and the killings related to his controversial war on drugs.

The international group Lawyers for Lawyers also sent a submission to the UNHRC asking it to investigate the killings, especially for those concentrated either in an area or on a particular sector like lawyers and priests.

In Negros for example, 117 were killed since 2016, many of them linked by the government to the New Peoples’ Army (NPA), the armed wing of the Communist Party of the Philippines.

Lawyers for Lawyers said the red-tagging of activists and human rights advocates “is one of the main root causes of extrajudicial killings in the Philippines.” – Rappler.com