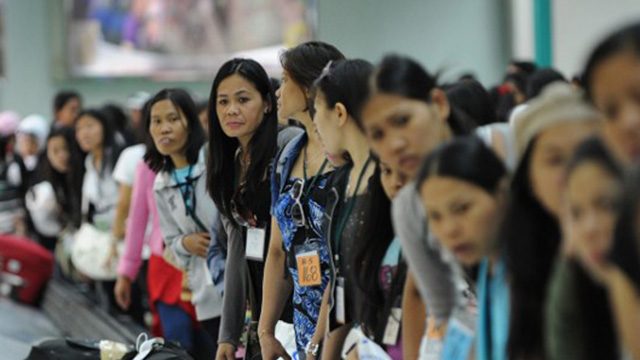 The National Economic Development Authority (NEDA) took note of the decline in unemployment figures for women, saying the PSA recorded the number of employed women who left the workforce due to household family duties fell from 5.1% in 2018 to 4.9% in 2019.

The figures showed a 3.9% decline in unemployment for women.

NEDA attributed the drop in unemployment to several reforms that allowed women to avail of flexible work options. These include the Expanded Maternity Leave Act and Telecommuting Act, which allowed for work-from-home arrangements.

Aside from this, NEDA highlighted easier access to family planning services and other employment facilitation programs.

The women’s labor force participation rate or the number of people available for work as a percentage of the total population increased from 46.6% in 2018 to 47.6% in 2019.

Enacted in February 2019, the Expanded Maternity Leave Act or Republic Act No 11210 required that new mothers be given 105 days or 3 months of paid maternity leaves, both in the government offices and private companies.

The law also allowed solo working mothers to get an additional 15 days of leaves under the law for a total of 120 days of paid maternity leaves.

The passage of the law was lauded by female leaders and rights groups who championed the measure as a victory for women and families.

Meanwhile, Republic Act No. 11165 or the Telecommuting Act signed into law on December 2018, legitimized work-from-home arrangements in the private sector. Employees who opt for this on a voluntary basis would still be entitled to benefits and would have access to advancement opportunities, among others.

According to PSA, most women in the workforce were employed in wholesale and retail, repair of motor vehicles and motorcycles, as well as in the personal and household goods industry. – Rappler.com