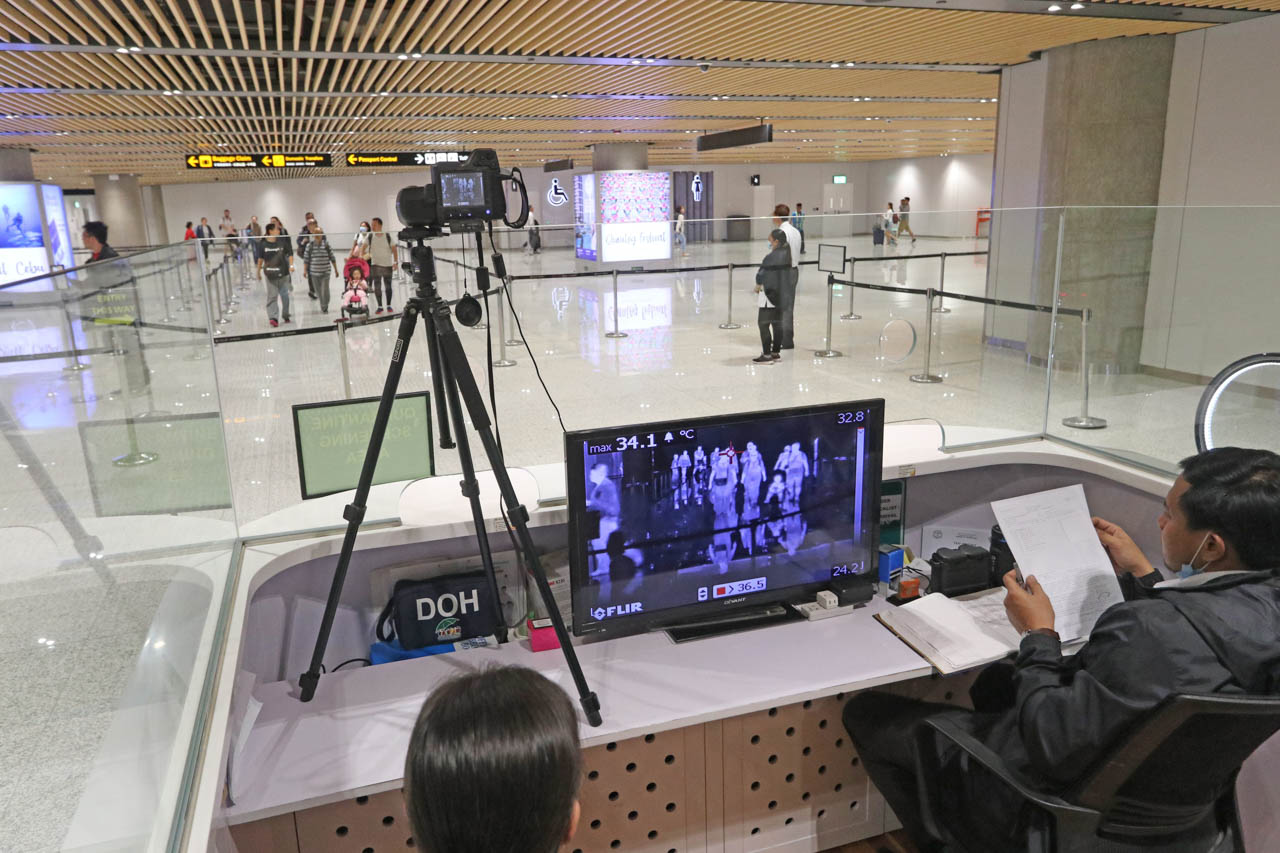 Bureau of Quarantine Central Visayas chief Dr. Terrence Anthony Bernejo said in a press conference on Monday, March 9, that currently, only passengers coming out of the domestic airport are being scanned for high fever.

As of Monday, Department of Health Region 7 head Dr. Jaime Bernadas said that there are no more patients under investigation or persons under monitoring in Central Visayas.

Cebu Governor Gwendolyn Garcia, who held an emergency meeting on the novel coronavirus outbreak on Monday afternoon, expressed concern that  none of the confirmed cases came from countries that were included in the Philippines’ travel ban.

After the travel ban on mainland China and special administrative regions was announced in late January, Cebu has been requiring returning Filipinos from these areas to go under quarantine. (READ: Cebu to quarantine passengers from mainland China for 14 days)

Among the confirmed cases, one was Taiwanese, another a Filipino with travel history to Japan, and an American male who came from South Korea. (READ: Coronavirus cases in Philippines rise to 10)

The first confirmed COVID-19 case traveled through Central Visayas, including Cebu and Dumaguete, before going to Manila.  The 26 South Koreans from virus-hit Daegu City, South Korea, were also quarantined in Cebu.

So far, the DOH has probed a total of 700 patients for possible infection nationwide – 48 have been admitted in health facilities across the country, while 646 have been discharged.

At least 89 Filipinos outside the country have contracted the virus since the outbreak began. These cases included 4 cases in Hong Kong, 80 from the Diamod Princess cruise ship that docked in Japan, 3 in Singapore, and 2 in the United Arab Emirates.

As of Sunday, March 8, 40 Filipinos from the Diamond Princess,1 in Singapore, and 2 in Hong Kong have since recovered.

Globally, the death toll from the virus was pegged at 3,803, while over 109,000 infections have been confirmed across 104 countries. –Rappler.com