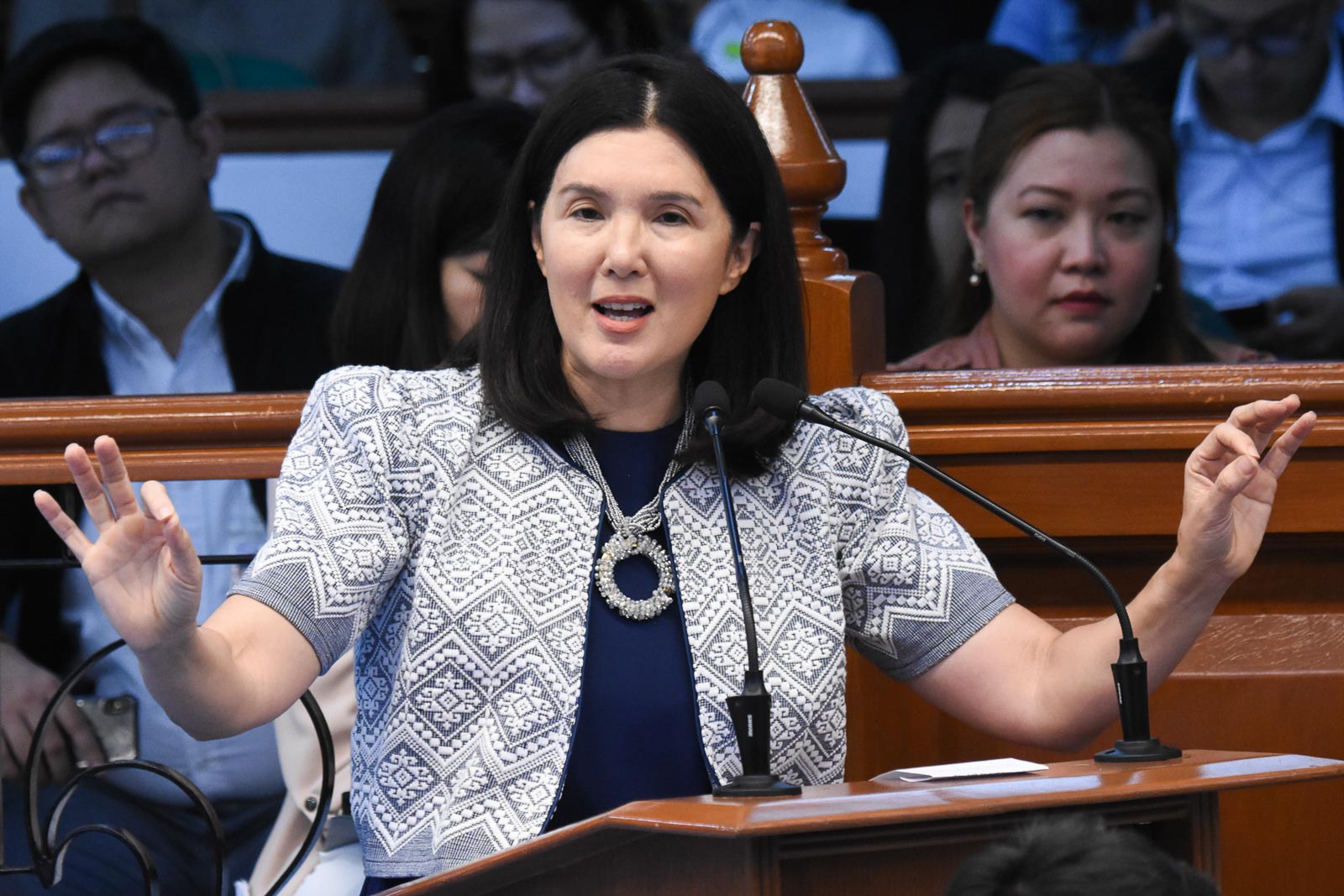 In a manifestation, Cayetano asked the Senate plenary for a “point of inquiry” on the hearing conducted by the committee on economic affairs, which Marcos chairs.

“I would just like to pose my question to the body and ask that, if a subject matter is already taken up on the floor, have we changed our rules?” asked Cayetano. “Are we allowed to have another committee conduct a hearing on exactly the same subject matter in another hearing without even informing the chair, even on a personal level?”

Cayetano was fuming over Marcos’ hearing on Monday morning, which tackled the “economic effects” of the government’s investment promotions program, and therefore touched on Citira. Cayetano is the sponsor of the Senate version of Citira, which is under her ways and means committee.

At the hearing, Philippine Economic Zone Authority (PEZA) Director General Charito Plaza asked to the delay the passage of Citira, which seeks to rationalize tax incentives. Plaza is known to be very vocal about her opposition to Citira.

Cayetano pointed out that Marcos even made a comment during Monday’s hearing as the latter talked to Plaza: “So hindi pala totoo ang tsismis na okay na kayo [sa Citira]?” the senator said, quoting Marcos. (So it’s not true that you are already okay with Citira?)

The two administration senators are both members of the Nacionalista Party. They both ran under the senatorial slate of Davao City Mayor Sara Duterte’s regional party, Hugpong ng Pagbabago.

Marcos said she had “no intention” to disrespect Cayetano or even duplicate what the latter had done with the Citira bill. But she argued that her committee on economic affairs has “such a wide range of topics under it” that anything to do with the economy is covered.

“I do not want to show any disrespect or overlap or duplication. I simply need to hear from certain sectors who are clearly going to suffer cumulative losses in the export and manufacturing sectors as well,” Marcos said.

Eventually, Marcos apologized to Cayetano. The latter said she accepted, except that she still had “difficulty understanding” Marcos’ reasoning.

Zubiri said that there’s no explicit ruling on the issue when it comes to holding hearings once referred to committees.

“We have this as inter-parliamentary courtesy among our members. We usually do not do overlapping so that there is no double discussion of a particular topic,” Zubiri said. 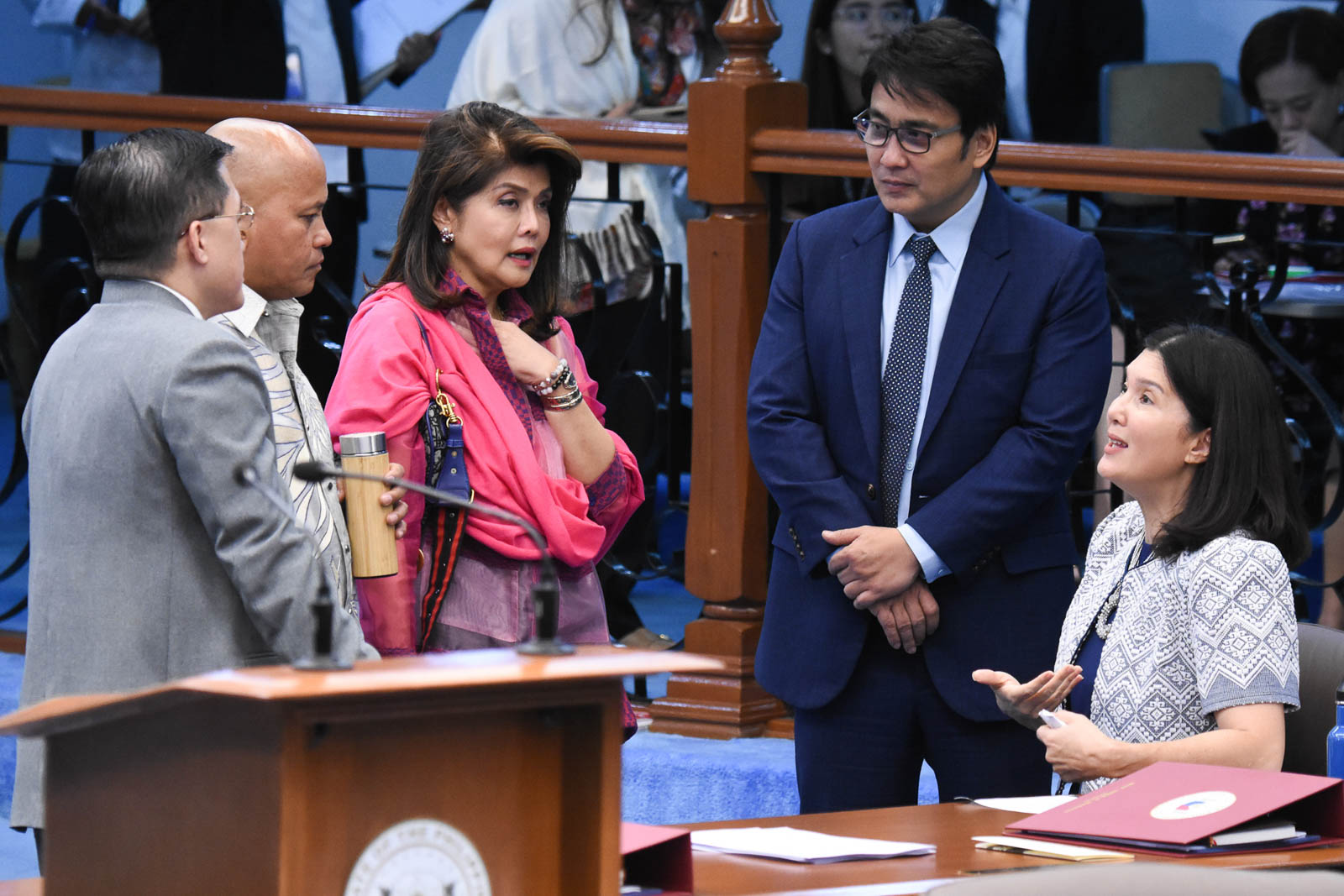 Even then, Marcos defended herself, saying that Citira was only tackled in the latter part of the hearing as the committee devoted most of time discussing the economic impacts of the novel coronavirus disease.

Marcos told the panel that she would forward the findings of her committee to Cayetano, for matters related to Citira.

Marcos was also supposed to conduct another hearing on the matter on Saturday, March 14, but she said she would seek Zubiri’s “guidance.”

As a result of the row, bills will now be referred first to the Senate committee on rules, which Zubiri chairs as majority leader. It will then be the one to refer the bills and resolutions to the appropriate committees.

On Monday, Sotto received Duterte’s letter certifying Citira as urgent, which means the chamber can pass the measure on second and final reading on the same day. – Rappler.com