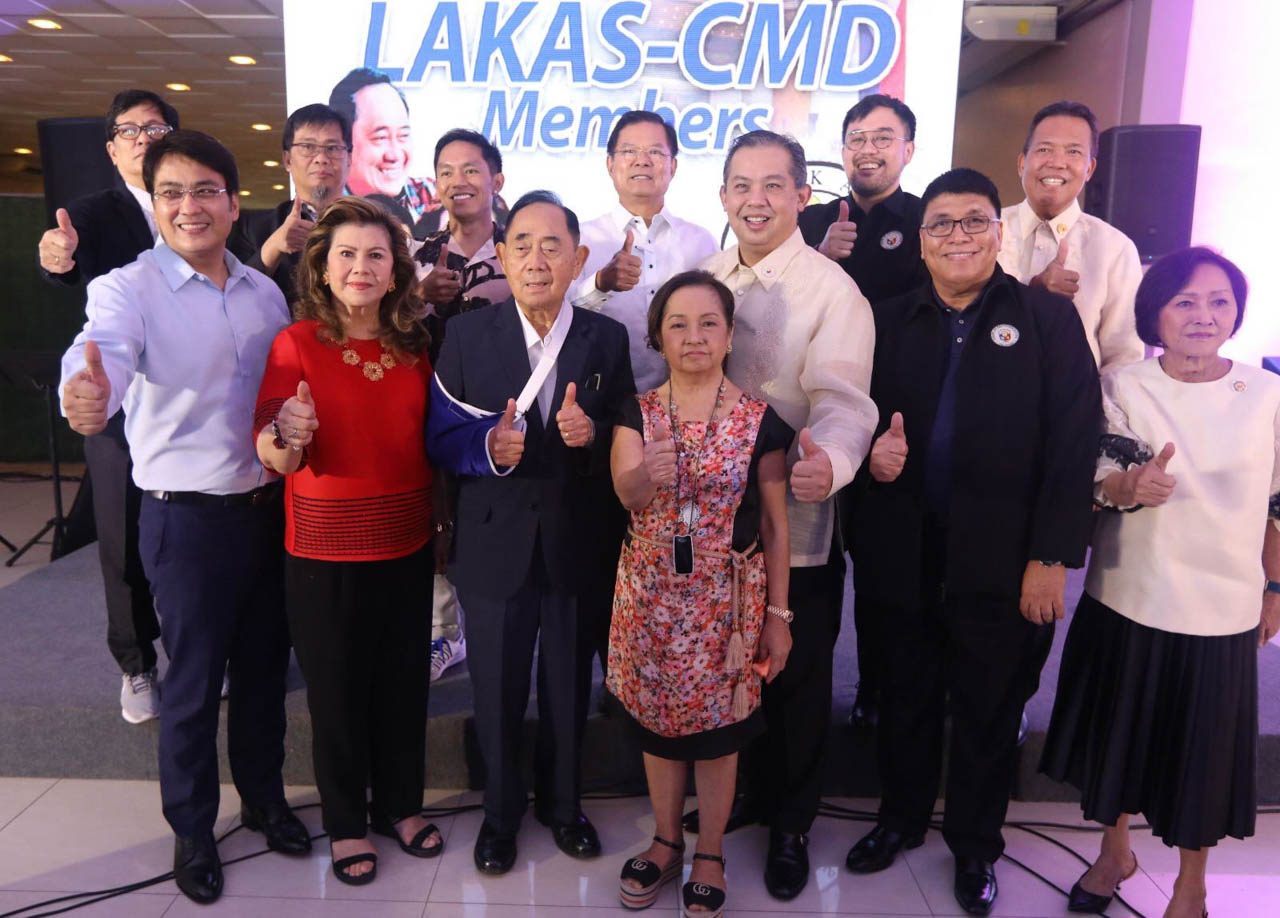 Facebook Twitter Copy URL
Copied
The once formidable Lakas-CMD is slowly increasing its numbers in the House, where its party president Martin Romualdez is the influential Majority Leader

MANILA, Philippines – The Lakas-Christian Muslim Democrats (Lakas-CMD) party is out to regain its power in the House as two of its longtime stalwarts reunited on Monday, March 9: former president Gloria Macapagal Arroyo and former House speaker Jose de Venecia Jr.

De Venecia, who is co-chairman of the party, hosted a luncheon for the Lakas-CMD lawmakers in the House at the Sampaguita Gardens in Quezon City. The guest of honor was Arroyo, the party’s president emeritus who had been De Venecia’s running mate in the 1998 elections.

Once before in 2006, the party was torn by factionalism between supporters of Arroyo and former president Fidel Ramos, also Lakas-CMD chairman emeritus. Supporters were split then over a proposal to scrap mid-term elections in 2007.

“Our team is in the process of rebuilding Lakas-CMD and we will just have to win them (former members) back again,” Romualdez said in his speech during the meeting.

Lakas-CMD had once been a formidable force in Philippine politics during the 9-year presidency of Arroyo from 2001 to 2010, with a majority of House members joining the party of the former president. (READ: Lakas-CMD: Relevant for how long?)

But when Arroyo was succeeded by Benigno Aquino III in 2010, most of these legislators then jumped ship to his Liberal Party. The pattern of party switching was only repeated when then-Davao City mayor Rodrigo Duterte ran and won for president in 2016 under the Partido Demokratiko Pilipino-Lakas ng Bayan (PDP-Laban).

Lakas-CMD now has a total of 30 members and allies in the House under the 18th Congress: 15 congressional lawmakers as members and 15 party-list legislators who signed a coalition agreement with the pary.

Slowly, Lakas-CMD is seeing its numbers rise in the House as PDP-Laban legislators continue to bolt the ruling party to either join Lakas or the National Unity Party.

In his speech on Monday, De Venecia said many of the country’s political problems “rise from our lack of political groupings able to think coherently of the national interest.”

“As part of any thorough-going political reform, we need to build up strong political parties, to institutionalize – and therefore stabilize – political decision-making,” added the man who was elected House speaker 5 times.

Still, De Venecia said Lakas-CMD “can be proud of our achievements” in the past 28 years since it was created.

Arroyo and De Venecia, both political heavyweights, have had a complicated relationship over the years.

Arroyo’s 9-year presidency was marred by multiple corruption allegations, but she survived her term as she had loyal lieutenants like De Venecia.

They succeeded in unseating De Venecia, who was replaced by then-Davao City congressman Prospero Nograles Jr in February 2008.

Arroyo and De Venecia have since reconciled. – Rappler.com