NTC ‘most likely’ to grant ABS-CBN provisional authority to operate 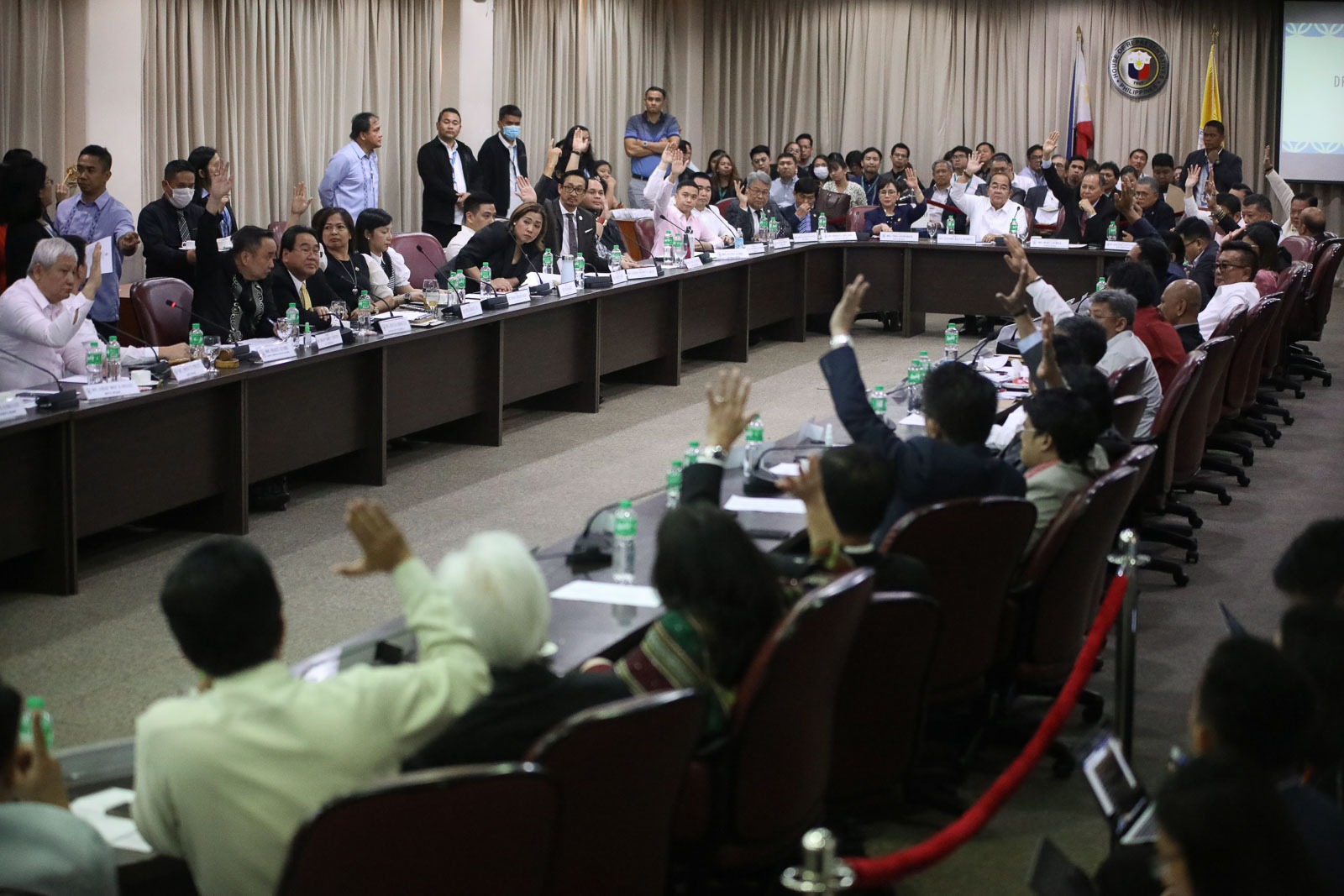 MANILA, Philippines – The National Telecommunications Commission (NTC) said it would “most likely”  issue a provisional authority to ABS-CBN allow the media network to continue operating pending the renewal of its soon-to-expire franchise.

NTC Commissioner Gamaliel Cordoba said this on Tuesday, March 10, during the  first House hearing on the bills seeking to renew ASB-CBN’s franchise for another 25 years .

“May I assure this committee that barring a gross violation of its franchise of the NTC rules and regulations, the NTC will follow the latest advice of the DOJ and let ABS-CBN continue operations based on equity,” Cordoba said before the House committee on legislative franchises.

He was referring to the legal guidance previously mentioned by Justce Secretary Menardo Gueverra, who said Congress may authorize the NTC to give ABS-CBN the provisional permit to continue operating after its franchise lapses on May 4.

The NTC had earlier sought the justice chief’s guidance on the issuance of the temporary permit to operate to ABS-CBN.

When Deputy Speaker Johnny Pimentel pressed him further if the NTC would issue ABS-CBN an “official” provisional authority to operate, Cordoba said, “Most likely, your honor. We will follow the latest opinion by the secretary of justice.”

During the hearing, Cordoba cited Senate Resolution No. 40, which expresses the sense of the chamber that ABS-CBN should continue operations pending franchise renewal.

“We are very comforted by the fact that both chambers of Congress are aligned [with] the DOJ’s and the NTC’s thinking on the issue,” Cordoba said.

The House committee on legislative franchises also agreed on Tuesday to adopt as its “official position” the letter written by panel chair Franz Alvarez and Speaker Alan Peter Cayetano “enjoining” the NTC to allow ABS-CBN to continue operating while the 18th Congress is still deliberating on the bills that would renew its franchise. (READ: Cayetano: House notice to NTC ‘sufficient’ to allow ABS-CBN to keep operating)

But neither the panel nor the House as a body has adopted a resolution similar to SR 40.

The House hearing on Tuesday lasted less than two hours, with lawmakers dedicating 40 minutes just to discuss ground rules for the succeeding hearings.

Cayetano, who has accused ABS-CBN of unfair election coverage in 2010 and 2016, still wants to schedule the next hearings in May or early August, when the network’s franchise would have long expired.

The Speaker earlier said scheduling more hearings before the 18th Congress takes a two-month break starting Saturday, March 14, would “do more harm than good” both for supporters and critics of ABS-CBN, as the limited time was supposedly not enough to cover all sides of the issue.

Cayetano was the running mate of then-Davao City mayor Rodrigo Duterte in the 2016 presidential elcetions. In 2017, Duterte started attacking ABS-CBN for its supposed unfair reporting on his presidency and for its alleged failure to air P7 million worth of the latter’s political advertisements during the 2016 presidential campaign.

At a Senate hearing on February 24, ABS-CBN president and CEO Carlo Katigbak apologized for having offended Duterte, and explained how legal restrictions on the broadcast of political advertisements prevented the network from airing some of Duterte’s placements.

The President had already accepted the network’s apology. – Rappler.com