Duterte: It is my job to kill 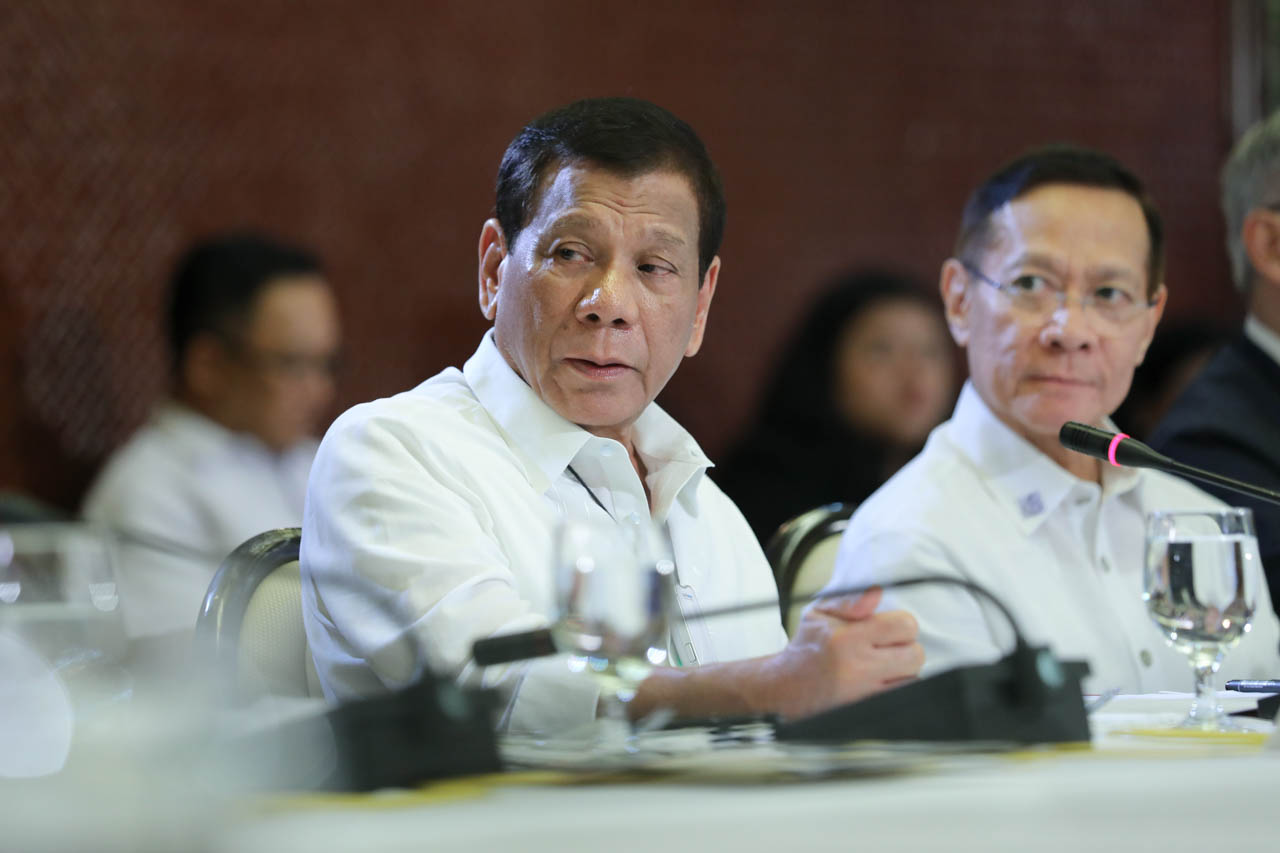 MANILA, Philippines – Railing once more against critics of his bloody drug war, President Rodrigo Duterte on Tuesday night, March 10, said it was his job as president to “kill.”

Duterte made the statement in a speech at the 2020 General Assembly of the League of Municipalities of the Philippines, where he was set to address officials regarding the government’s response to the novel coronavirus outbreak.

Before issuing the violent remark, Duterte lashed out at human rights groups, saying he wanted to “cross-examine” individuals who estimated there were 70,000 victims of extrajudicial killings in the country.

“Seventy thousand (70,000) killed? Who was the 69,000th killed? Can you name him? Where he died? Can you give me the number of witnesses that saw the incident?” Duterte asked.

“If you cannot blame anybody, you blame government…. A mayor can always threaten a criminal without criminal liability. It is my job to scare people, to intimidate people, and to kill people,” he added.

Duterte earlier claimed that in order for one to be president, one must know how to “kill.” In the same speech before newly appointed government officials last March 3, Duterte added he did not see anyone “fit” to be president.

He then told local officials to “help” the government and contact police if they have information on illegal drugs.

“What I’m trying to say is that if nothing is done, this country will go to the dogs,” he said.

As of 2019, the government reported over 5,000 people have been killed in the war on drugs. The Commission on Human Rights estimated the death toll to be as high as 27,000, including those believed to be inspired by Duterte’s violent tirades. – Rappler.com