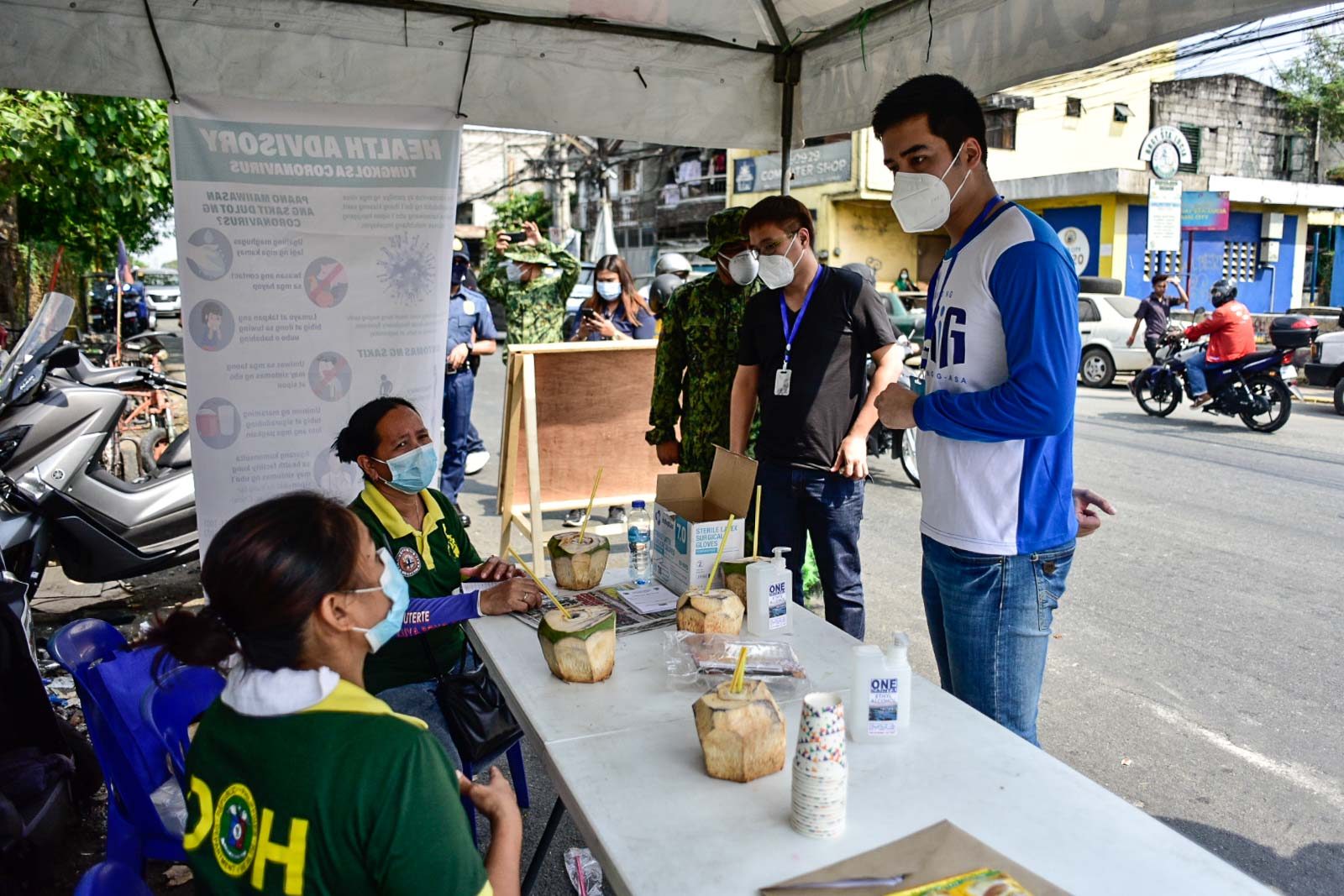 The nightly curfew will be from 8 pm to 5 am the following morning.

Pasig Mayor Vico Sotto announced this on Sunday morning through a live social media broadcast as he inspected checkpoints along the city’s border with the municipality of Taytay, Rizal.

Sotto inspected other entry points to the city, which lies along the eastern flank of Metro Manila, now on community quarantine following a sudden spike in the number of confirmed cases of the coronavirus.

Everyone in Pasig is expected to stay indoors during the curfew hours, but Sotto said there will be exemptions for:

“If you can stay home, please stay home,” Sotto urged his constituents.

Sotto said the Pasig City Council had already passed the curfew ordinance, and he was returning to city hall after inspecting the checkpoints to sign it.

The cities of Manila and Muntinlupa have also passed similar ordinances.

On Saturday, March 14, the Metro Manila Council (MMC) agreed to enforce a curfew throughout the metropolis to accompany the community quarantine imposed by the national government. The MMC includes the capital region’s 17 mayors.

Interior Secretary Eduardo Año said curfew violators who refuse to go home or stay indoors when ordered could be arrested. Justice Secretary Menardo Guevarra however said such a rule cannot be enforced unless the local government legislates the curfew through an ordinance.

Even then, a local government ordinance normally only takes effect 15 days after it is published in newspapers or other media generally accessible to the constituency concerned.

This means although a curfew may be implemented, authorities cannot yet arrest and detain violators. – Rappler.com