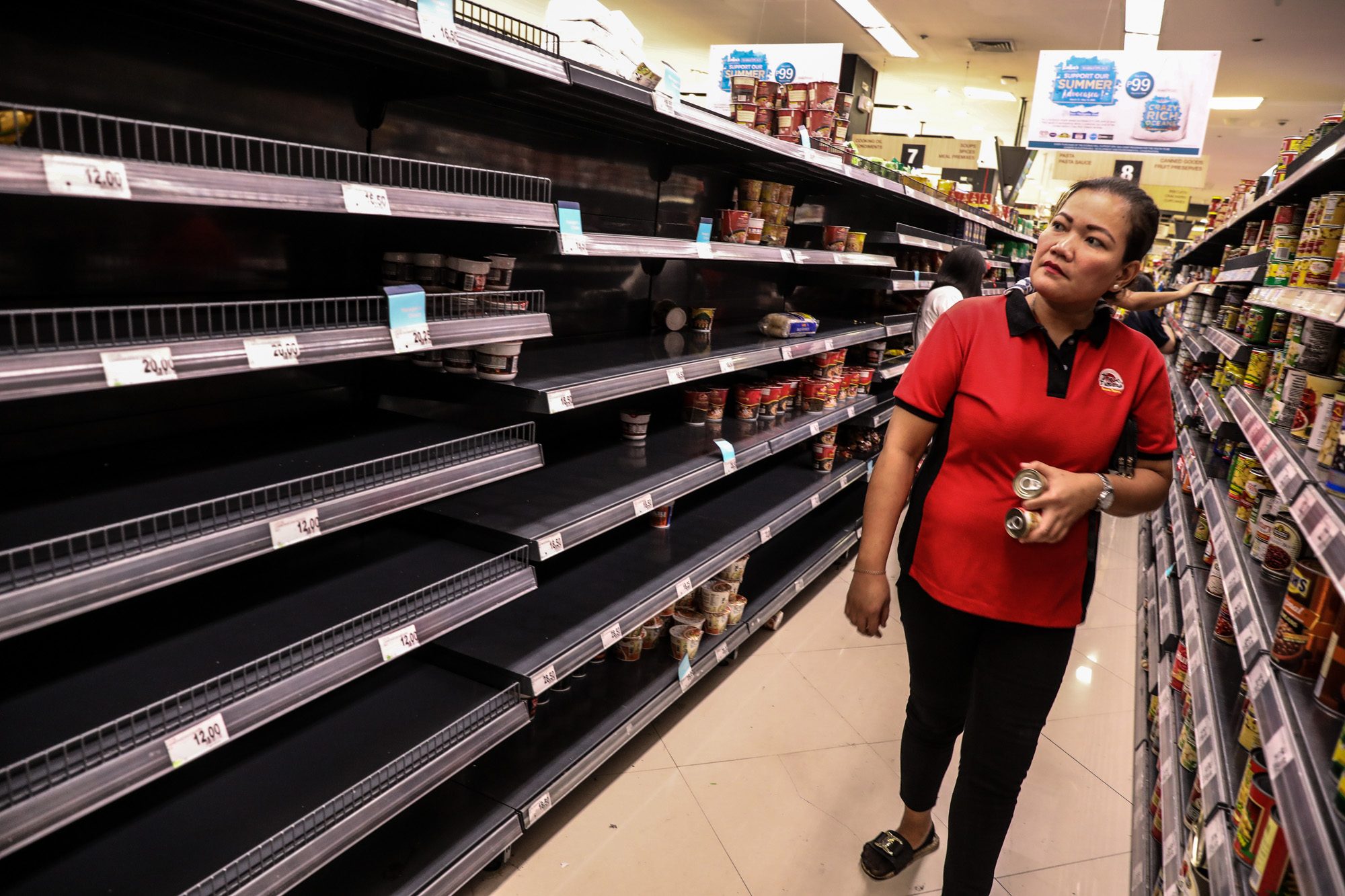 MANILA, Philippines – The city government of Pasig will penalize people who are caught hoarding food and other goods at stores and markets, Mayor Vico Sotto announced on social media on Monday, March 16. (READ: Luzon to be placed on lockdown to battle coronavirus – Malacañang)

The City Council passed Ordinance No. 7, called the Anti-Panic Buying and Anti-Hoarding Ordinance of Pasig City, on Monday morning, Sotto said. It will be implemented during public health emergencies – such as the current global pandemic of the novel coronavirus. (READ: Pasig City starts coronavirus curfew)

The ordinance limits the number or amount of items and goods consumers and resellers may purchase every day. For example, an individual consumer may only buy 6 cans of sardines per day, while owners of sari-sari stores, restaurants, hotels, and similar establishments may buy 24 cans.

The limits for other items are in the table below: 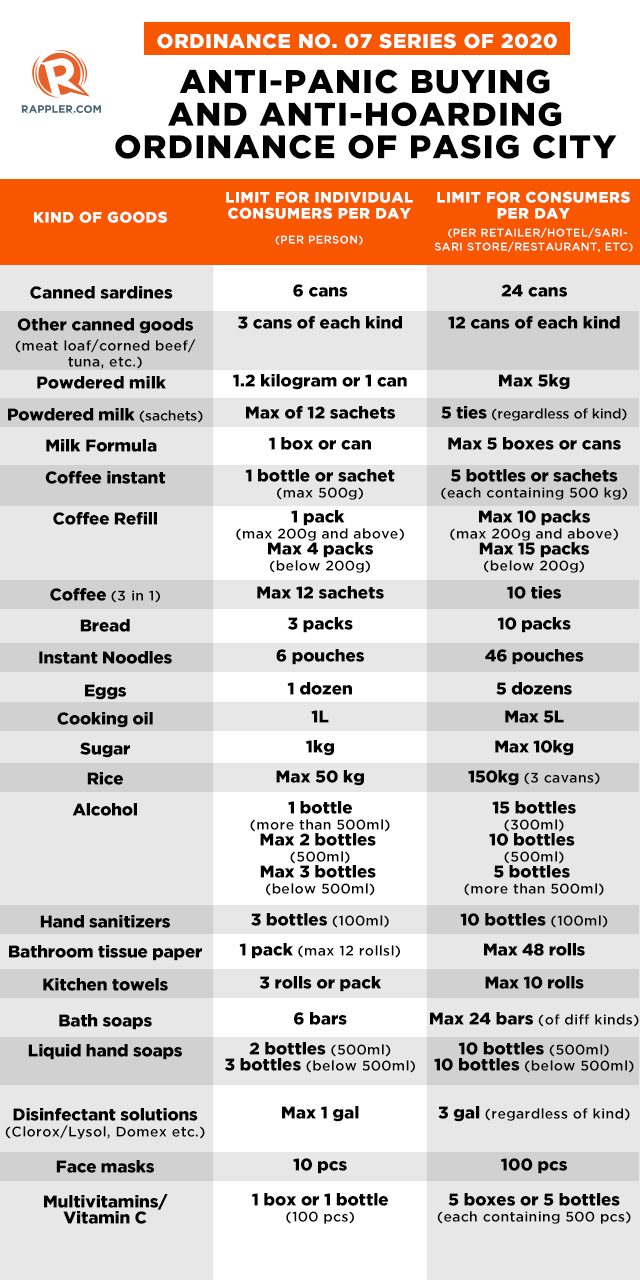 People caught buying more than their daily allotment will face the following penalties:

Establishments caught violating the ordinance will have their business permit from the Mayor’s Office revoked, or will be forced to close.

Sotto said they got the idea from Valenzuela City, which earlier passed a similar ordinance to prevent panic buying.

Last week, the Pasig mayor urged his constituents to be considerate when stocking up on food and supplies. This was before the national government announced the “community quarantine” of Metro Mania.

“Kawawa naman ‘yung mga mauubusan (How unfortunate for those who won’t have any left for them),” Sotto said on Wednesday, March 11.

On Friday, March 13, Sotto warned the public that hoarding disinfectants and sanitizers may inadvertently cause the virus to spread faster.

“Babalik din po sa atin ‘yun. Kapag hindi nakapag-sanitize ‘yung ibang tao, eh ‘di baka lalong kumalat ‘yung virus,” he told reporters as he led the distribution of disinfectant kits to leaders of Pasig’s barangays. (It will come back to us. If other people are unable to sanitize, then the virus might spread even further.) – Rappler.com