DOJ: Police can arrest violators of Luzon lockdown even if they do not resist 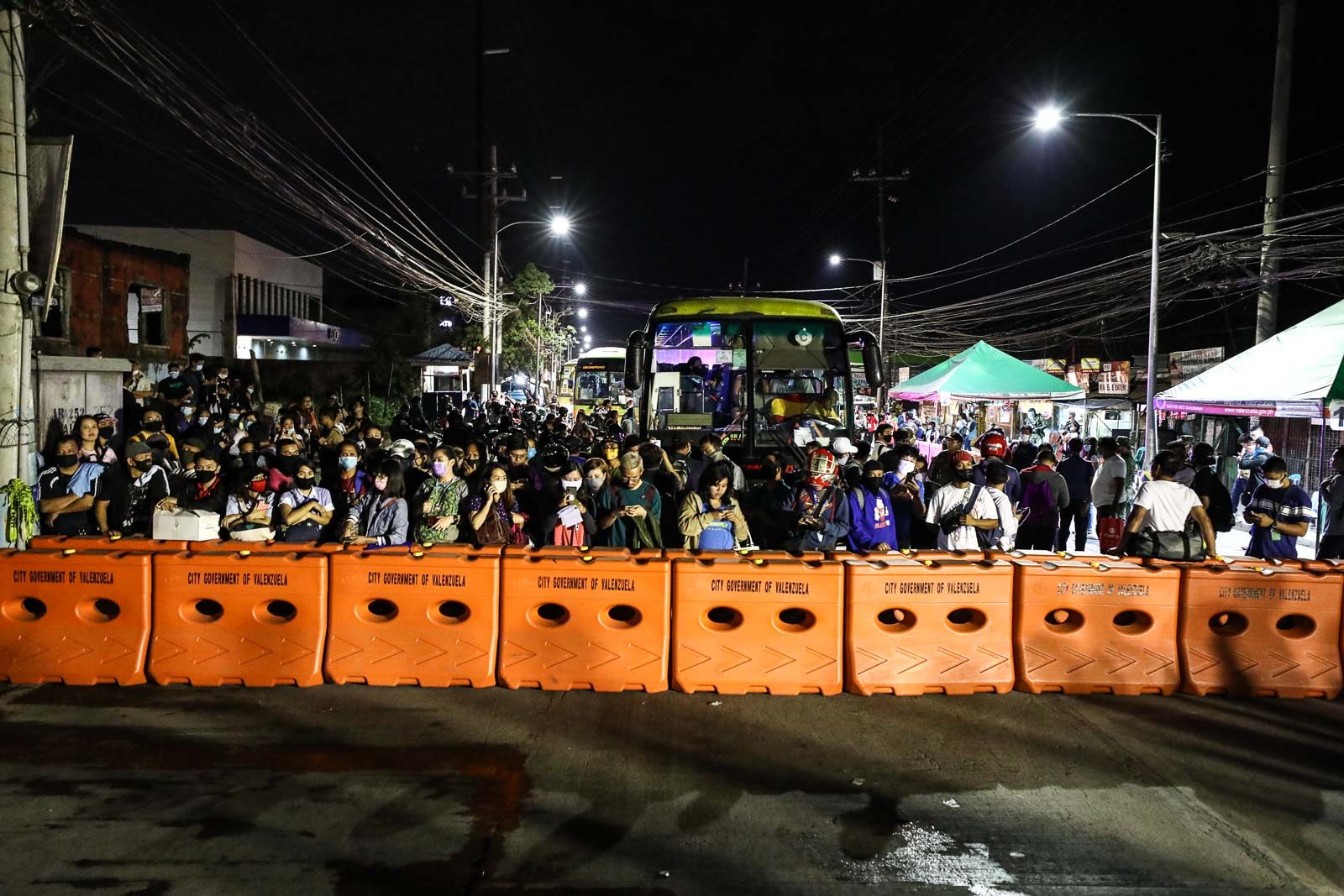 Facebook Twitter Copy URL
Copied
The government turns to a broad law to justify this policy: RA 11332 or the Mandatory Reporting of Notifiable Diseases which punishes 'non-cooperation'

MANILA, Philippines – No more ifs, and, or buts – the Department of Justice (DOJ) made it  clear on Tuesday, March 17, that if you are found outside your house and you are not among the narrow exemptions of the Luzon lockdown, then you can be arrested even without a warrant.

“The offense a person may be committing and be held accountable for will depend on each case. But for so long as the en flagrante delicto doctrine is applicable, law enforcers will have a ground to arrest,”  DOJ Spokesperson Undersecretary Markk Perete said on Tuesday.

En flagrante delicto is “caught in the act,” one of the conditions under the Rules of Criminal Procedure for state agents to arrest without a warrant.

Justice Secretary Menardo Guevarra earlier said that a warrantless arrest is only allowed if there is assault on the enforcing officer.

But as President Rodrigo Duterte puts the entire island of Luzon in lockdown, including for non-essential workers and with mass transport suspended, the DOJ’s warning is now without caveat.

The DOJ is turning to a broad law to justify this policy – Republic Act 11332 or the “Mandatory Reporting of Notifiable Diseases and Health Events of Public Health Concern Act”.

It’s the law that authorizes the Secretary of Health or the President to declare a state of public health emergency, and the law that is continuously used as basis by Malacañang for its changing measures – like putting Luzon under lockdown.

The problem is that the language of the law is not specific.

“There are so many vague words there. That can apply to anyone not doing anything,” said former Supreme Court Spokesperson Ted Te.

Guevarra cited Section 9 of the law which punishes non-cooperation. Under this section, two clauses leap out:

“9D and 9E, while imposing liability for non-cooperation, covers different entities/persons,” said Perete, without answering what specific acts are actually covered by the law.

Perete cited Section 4(f) of the law which authorizes public health authorities to enforce “quarantine and isolation”; and “rapid containment and implementation of measures for disease prevention and control” among others.

“If you look at Section 4F of RA 11332, one of the declared purposes of the law is to empower public health authorities to enforce quarantine and isolation, and effectively respond to the emergency.

“Non-cooperation must be read in this light, as it undermines both objectives,” said Perete.

“That is how the law stands, and the reasoning behind it seems pretty straight forward: in times of a health event of a public concern, an unfounded insistence to act in a way that imperils our collective health can be criminally sanctioned,” Perete added.

In a nation address Monday night, Duterte took a swipe at unnamed individuals who said police may not arrest without a warrant during the lockdown.

(There are really people who do not want to be left out, people now you’re bright, you know you’re bright, you seem to give a side comment that is not good. Instead of saying that police cannot do this, just tell people to follow the police because police just get the orders from higher ups.)

Immediately after, Guevarra faced the media to tweak his earlier statement on the warrantless arrest.

Perete echoed it on Tuesday: “What needs emphasis here is that this is not a curtailment of one’s right to mobility. Such an individual’s right yields to the safety of the community at large.”

Police chief General Archie Gamboa said he has told all his cops to apprehend all, particularly public utility vehicles which continue to operate.

(I told the PNP, arrest everyone, we need to impound all, ofcourse the problem is where will we impound them, so that people will see that really, we will enforce the law.) – Rappler.com